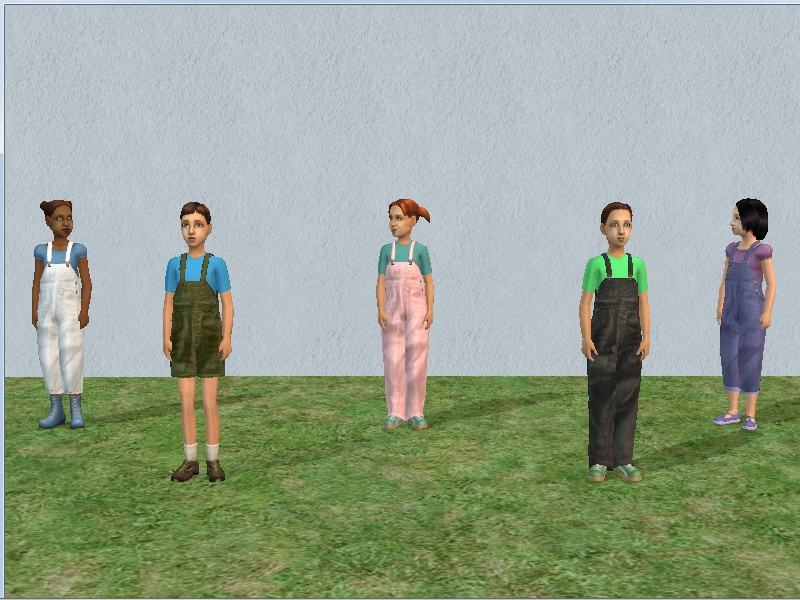 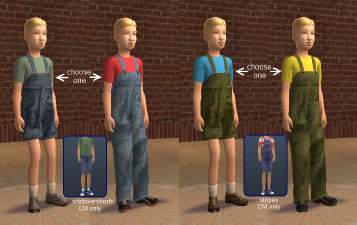 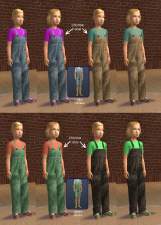 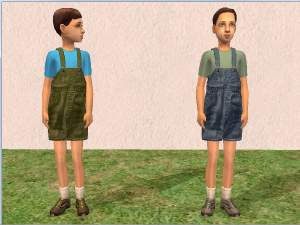 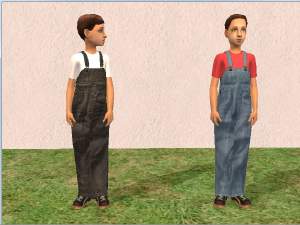 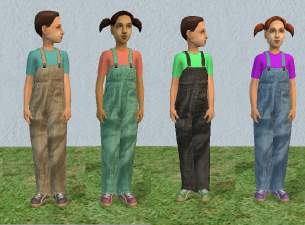 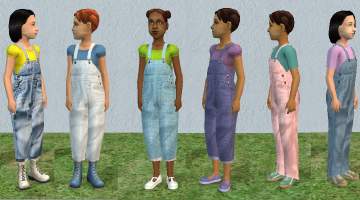 3,245 Downloads 30 Thanks  Thanks 8 Favourited 5,470 Views
Created by dharden
View all Downloads
Uploaded: 12th May 2019 at 10:34 PM
Updated: 15th May 2019 at 8:11 PM
These are default replacements for cubodyjumper, from the base game. Since all but one of the Maxis cubodyjumper outfits use overalls, I used Rosebine's overalls for male and female children, and did some rearranging and recoloring. (Rosebine made her outfits as townie-enabled, so I didn't want to use them as-is.) Non-default versions of the outfits are included in separate rar files, and the meshes are included in a separate rar file. While the Maxis outfits are Everyday only, I followed Rosebine's lead in setting the outfits which use short overalls as Everyday and Athletic.

All t-shirts are recolored by me. For the blouses used by the CF outfits with 3/4-length overalls, I took textures from Skell's recolors of the OFB CF blouse, and adjusted the colors. The athletic shoes used in the long-overalls CF outfits, and the red, green, and purple ones used in the CU outfits are recolored by me, as are the light brown and light green long overalls used in two of the CU outfits. Outfits which use the either of the meshes from Rosebine's CM overalls are bumpmapped, but those which use meshes from her CF overalls are not. 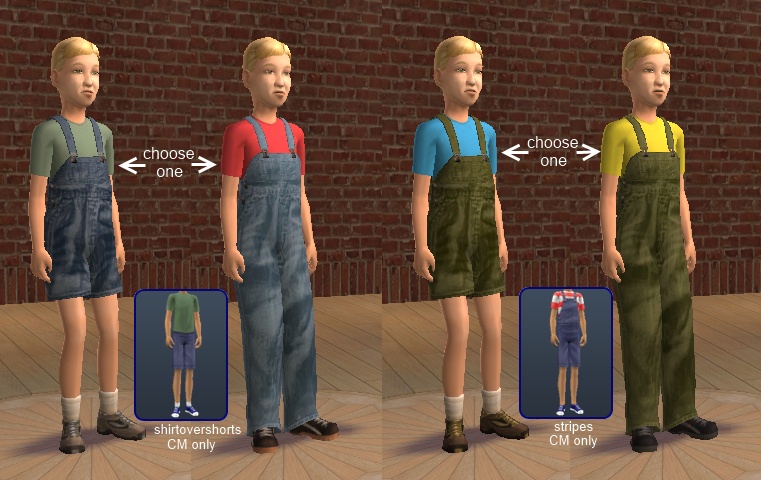 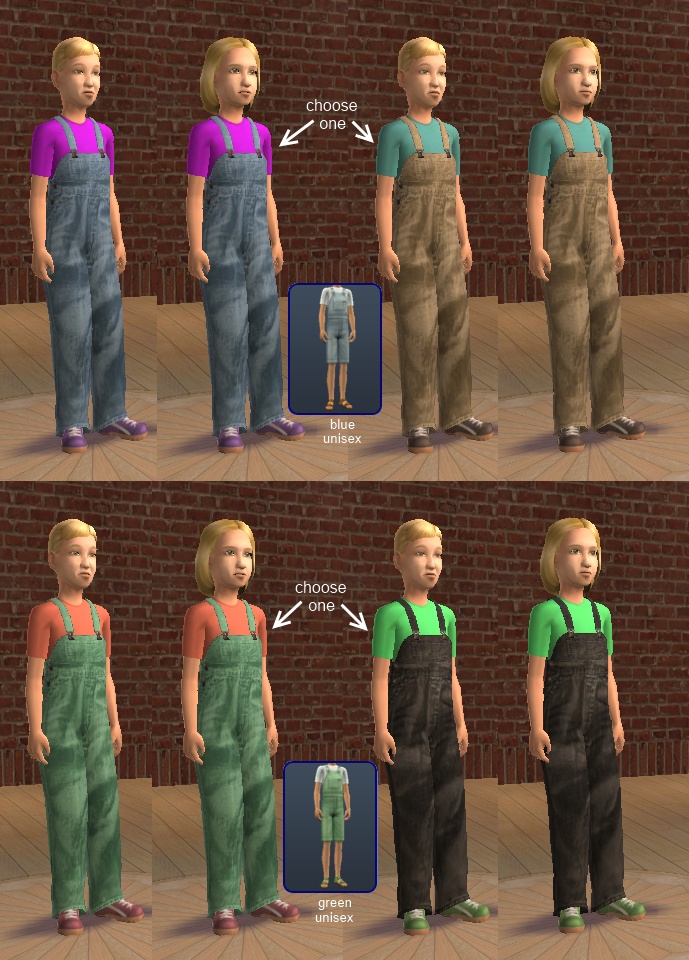 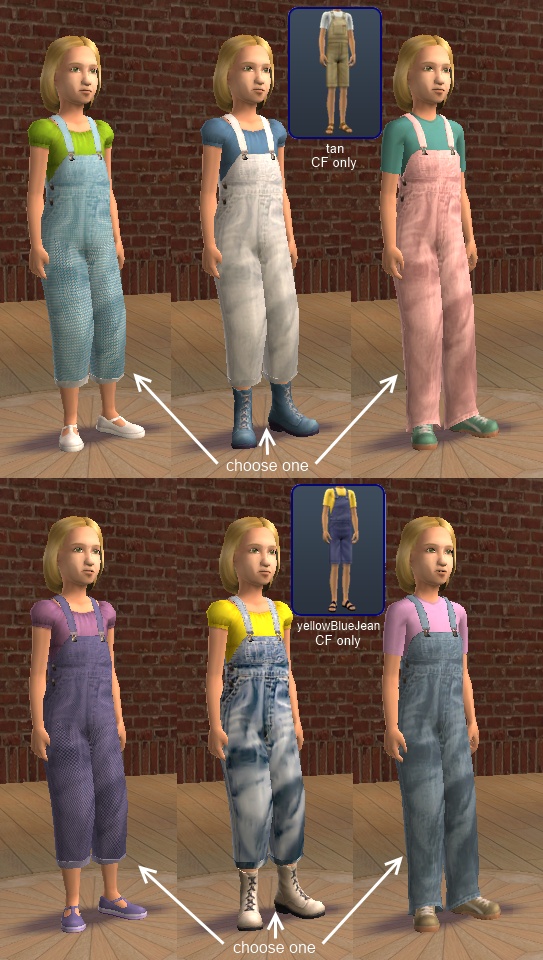 For comparison, the poly count for the Maxis mesh is 1786.

Additional Credits:
Rosebine, for the meshes and textures.
Skell, for the CF blouse textures
Other Information