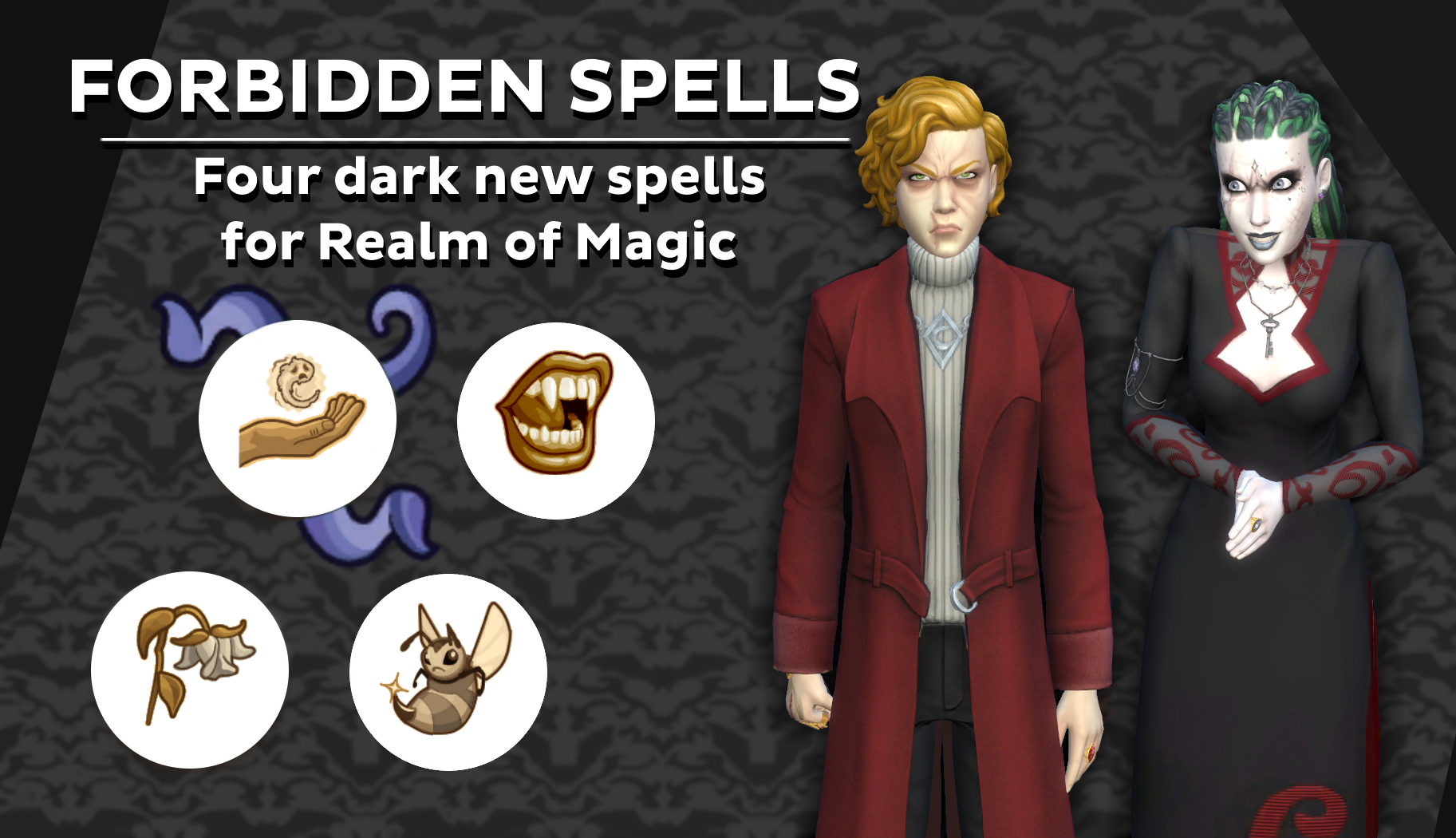 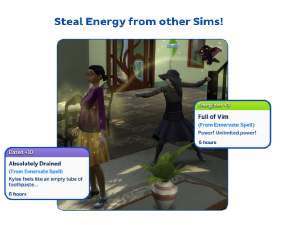 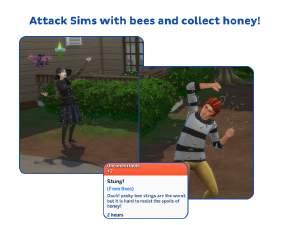 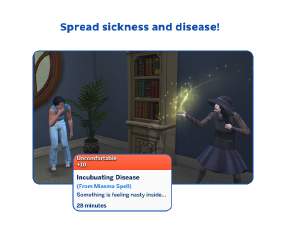 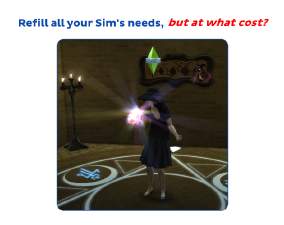 
New Mods and Mod Updates
A full list of all of my most up-to-date mods can be found on my itch.io profile. All my mods on MTS will continue to receive updates and support.

This mod adds a set of new spells that even the Sages fear! These spells allow Spellcasters to spread pain and misery for their own benefit or just their amusement.

These spells all belong to the Untamed school of magic. Spellcasters need to be rank 4 (Master) in order to learn them, but not all of the regular methods will work. The Sages have tried to keep these spells a secret and won?t teach them to your Sims, nor will your Sims be able to discover these through normal practice. Some collectors may still have the old tomes and could be willing to part with them for a high price. Inflicting pain on others by winning a duel may also allow your Sim to discover these dark spells.

This mod requires the Spellbook Injector mod by r3m in order to show up in game.

Note: For all spells listed here, Sims with the Good trait will get a +5 Sad moodlet for 7 hours upon successfully casting it.

Siphon the vitality of another Sim to restore your own energy.

Note: This spell generates more charge than normal! (80 points instead of the standard 40).

Summon a swarm of angry bees to attack another Sim.

Miasma (requires Get to Work)

Inflict sickness and malady on another Sim.

Draw on your own life-force to replenish their needs, but at what cost? (Save early and save often)

Note: This spell generates more charge than normal! (80 points instead of the standard 40).
Note: While Teens are able to learn this spell for later, only Young Adults and older are able to cast it.

Grim Consequences
The side effects of this spell change based on often your Sim uses it. If your Sim continues to cast the spell within a few days, the consequences will continue to get worse. As things get worse and your Sim reaches a new level for the first time, you will receive a notification. Your Sim's soul will start to heal after not using the spell for a full day, but may need another full day after that to completely recover.


Level 1: For every successful cast of the spell, your Sim will age slightly (1 day for short lifespan, 2 for normal, and 8 for long).
Level 2: For every successful cast, your Sim will get a random moodlet (+2 Focused for 10 hours, +2 Sad for 10 hours, or +3 Uncomfortable for 10 hours).
Level 3: Upon reaching this stage, your Sim will have the Withered trait applied to them, which causes all needs to deplete slightly faster and some cosmetic effects. Your Sim's soul will need to heal completely before this trait is removed.
Level 4: For every successful cast, your Sim will get a random Spellcaster curse.
Level 5: This stage will cause PERMANENT DAMAGE to your Sim. All personality traits will be removed from your Sim and they will get the Husk trait in their place. This will cause them to only feel the Empty emotion, their needs deplete twice as fast, and more cosmetic changes. Additionally, they will no longer be able to use the Grim Bargain spell.

This is not a spell but an addon that will help your Sims learn the spells in this mod. If a Sim knows every spell from the unmodded game, they will ordinarily be locked out of "Duels for Knowledge" with other Sims. Since dueling is one of the more reliable ways of learning these spells, that can be pretty inconvenient. This addon makes it so your Sims can still duel at least until they learn all the Forbidden Spells.
Note: this does not apply to all custom spells from other mods

Overrides/Conflicts
The spells included in this mod use completely new XML tuning and should not cause any conflicts with other mods.
The "Duel Options" addon alters 7DF2169C!00000015!0000000000035B2E.testSet_Spells_UnlearnedSpells_MagicDuel_DuelForKnoweldge.SnippetTuning.

Some users have reported an error when trying to use the Magic Realm vendors with these spells installed. It you experience this, it may be due to a mod conflict with Bienchen's "sims4me_craftsalestablefix_version2".

Need more information?
Back to download view
58 Comments / Replies (Who?)