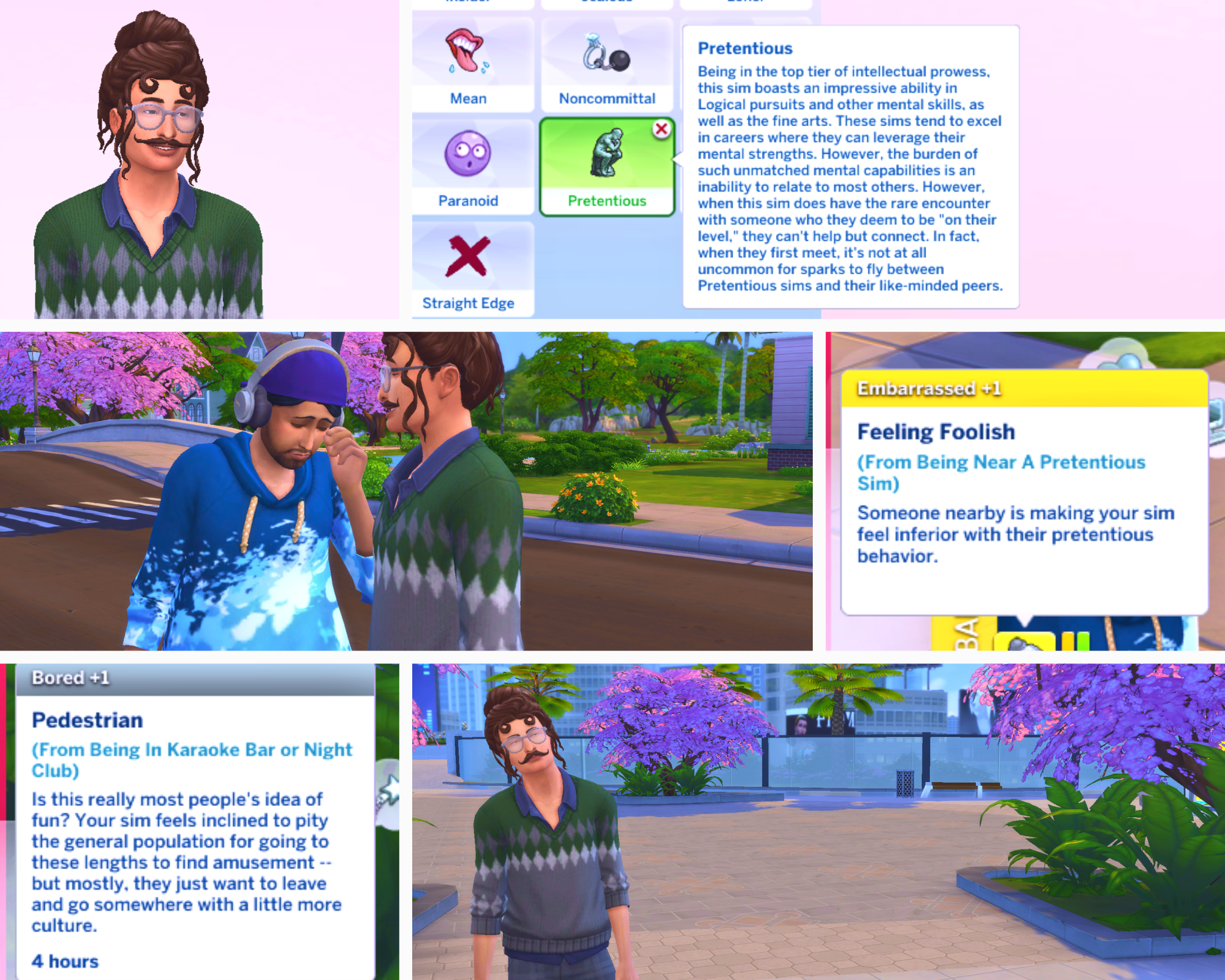 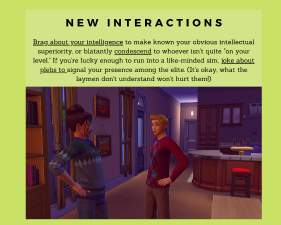 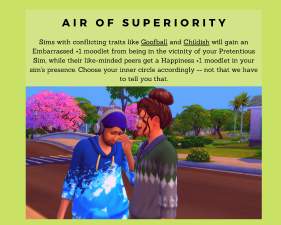 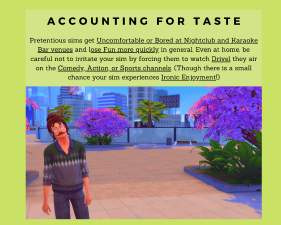 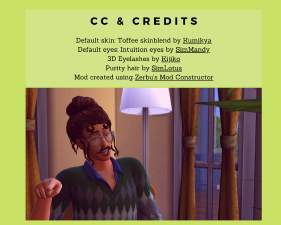 359 Thanks  Thanks     76 Favourited
Yeah, yeah, I know, we already have the Snob trait. But for certain types of sims, such as those who don't care about having expensive household decor but would never be caught dead watching the Sports channel, the Snob trait doesn't really cut it. That's why I've made this new Pretentious trait to add some of those nuances to your sims! In general, this trait is meant to represent a "hipster" mindset -- the irony, the boredom being around normal people and doing normal activities, and the discomfort other people feel being around someone who acts pretentious in a social setting. This is my first mod and will be updated over time to add more depth and fix any issues.

Trait details:
Whims (all weight 1 unless otherwise specified):
Skill boosts:
Need decay:
Moodlets:
New interactions:
Plans for future updates:
Enjoy and let me know if there are any problems! This is my first mod, so be nice but give me some constructive critique!

Thanks to all of the above!