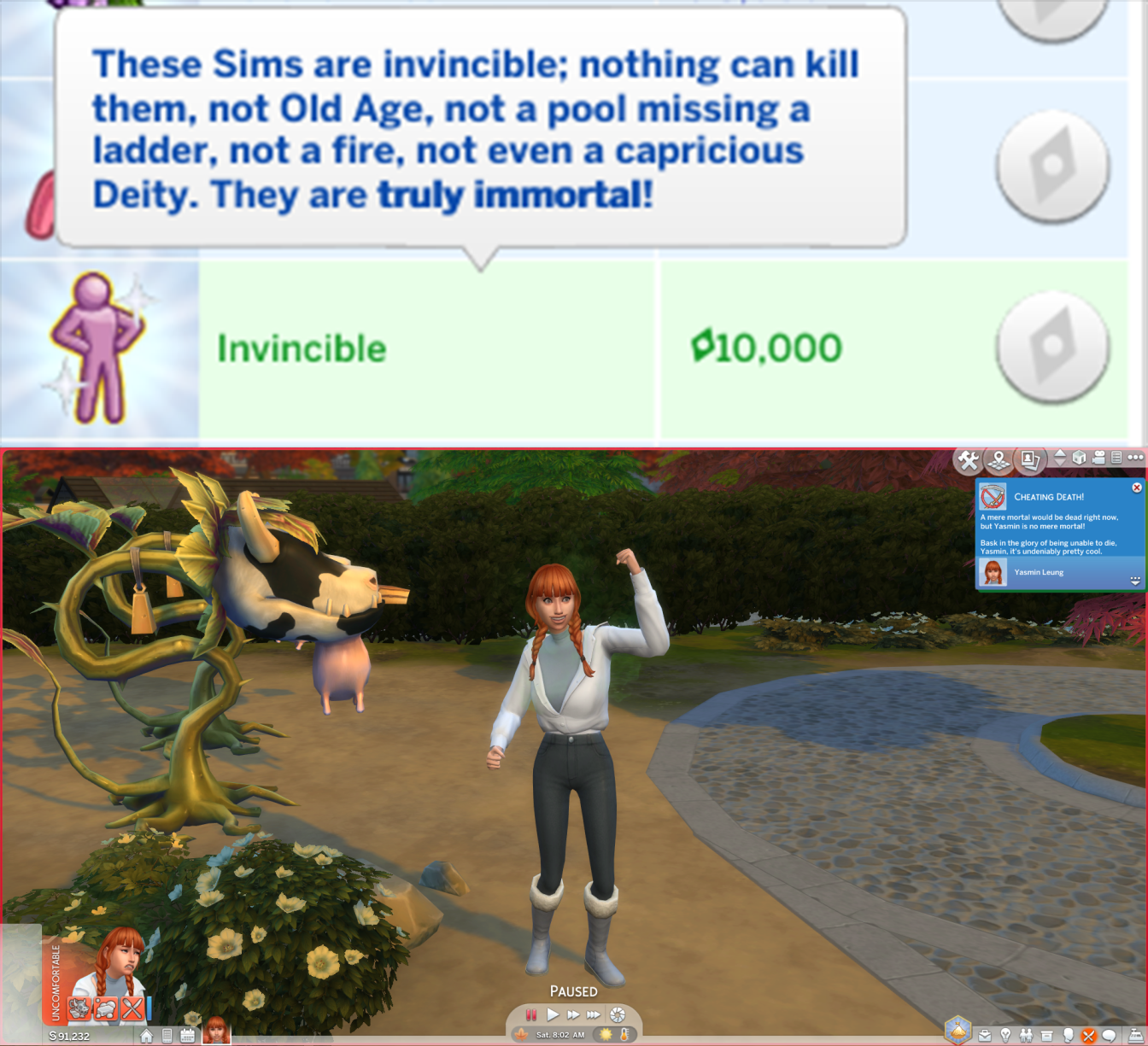 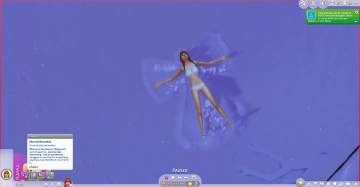 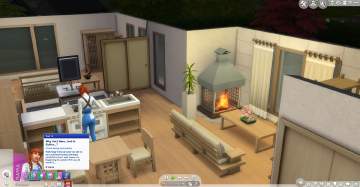 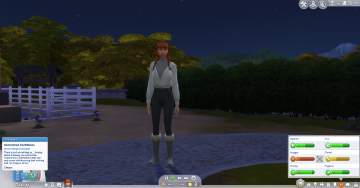 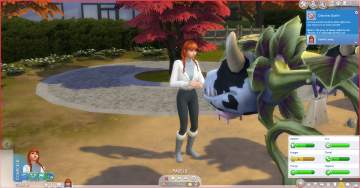 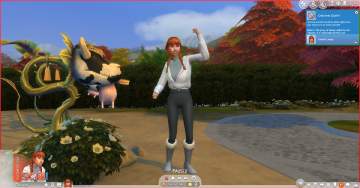 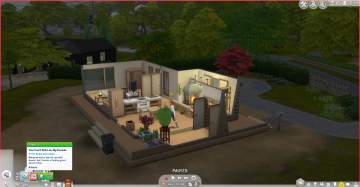 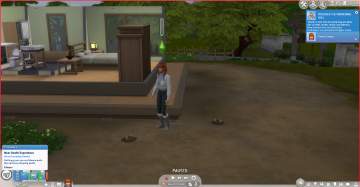 110 Thanks  Thanks     23 Favourited
This is a simple reward trait that makes your Sims truly invincible: they will be unable to age, will never die (through in-game means), and upon receiving the trait, will have their age progress reset to 0.

What This Trait Does:
This is a reward store trait, available for 10,000 Aspiration Points. With this trait, your Sims will be completely immune to any in-game means of death -- even death caused by other mods (so long as they are coded correctly -- I have tested with LeRoiDeTout's Death By Fear mod and Kuttoe's Enlist in War mod, both of which add custom deaths into the game, and they were successfully prevented as expected.

Whenever a Sim should have died (i.e. the interaction for the specific death was attempted to be run), a notification will appear saying that the Sim escaped death, and they will receive a confident moodlet about not dying.

Upon receiving the trait for the first time, the Sim will also get a "lesson" about the trait, telling them what they can now expect (or, well, not LOL). Their current aging progress will also be reset to 0 days, as an added bonus.

These Sims will also randomly receive from time to time an array of moodlets pertaining to being invincible.

Known Issues & Conflicts:
This mod should be conflict free, but there is the potential for conflicts if mods override the test() method of Interactions. I personally do not know of any mods that do this, but two modders come to mind who may have code that looks there: Nisa, as she makes mods that touch all teh game code; and Turbo, as he also mods pretty heavily over in-game code.

I have not tested with either, as I do not use either mod, and I do not know if there is a conflict between my mod and theirs. This is just a warning that if you encounter weird issues or Exceptions with my mod while using theirs, it could be because of that.

If there does in fact seem to be a conflict, please let me know and I'll look into fixing it right away! I am 100% happy to make the mods compatible, I just want to put a warning out there just in case.

A Note On MCCC: The Kill Sim command was not blocked when I used it. Instead, (as the household just had a Sim and a pet), I was kicked into a random family immediately, not even getting a "Game Over" screen.

Game Overrides & Resources Used:
This mod is completely custom and does not override any in-game tuning. It does, however, inject into the test() method for any loaded DeathSuperInteractions in game (including any custom ones). Because this method is injected into/overridden, there is the chance that a patch may break it, or other mods may cause conflicts if they override the same method.

Translations:
I am always open to translations. German has already been included by my friend who wished to be uncredited.

Additional Credits:
My friends for the playtesting the mod & for the screenshots
Notepad++ for helping me edit the Python
Sims 4 Studio for allowing me to make the tuning


This mod contains both a Script and a Package file. Be sure to have both installed for this mod to function properly.