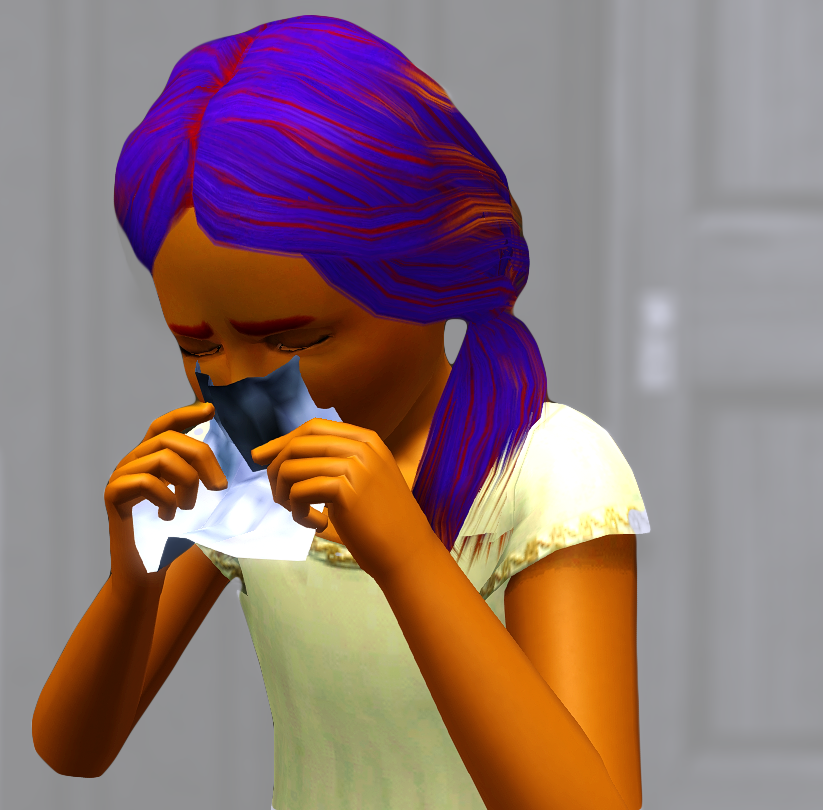 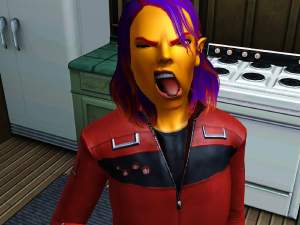 Created by echoweaver View Policy / About Me View all Downloads  Tumblr

18-May-2022 Version 1.2 Sims no longer leave rabbitholes to cough/sneeze. They do still get the energy drop. We'll assume they coughed where we can't see them.

Here's something different from my recent mods -- a mod for humans. It's some symptoms for the Germy and Allergy Haze moodlets that come with Seasons. I've always been annoyed that these two moodlets have so many cool mechanics behind them (seriously, if you look in the Health Manager, allergies have genetics and Germy lasts longer based on whether you're indoors or outdoors, and so on) but the moodlets aren't that big a mood hit and they don't do anything. I usually don't even notice I have them.

Hopefully this will make it more interesting to get sick and make the flu vaccines and allergy shots worth using.

I added two randomly-occurring uncancellable actions to Germy. Whenever either action occurs, the sim takes a -10 Energy hit:
1. Cough, with a 1/4 chance of the coughing fit from Pestilence Plague in Supernatural with the clouds of noxious gasses removed.
2. Sneeze, with a random chance of either of the 3 sneezing idles, plus blowing nose.

For Allergy Haze, two moodlets are randomly added:
1. Dazed, which causes the sim to drop queue and stand around without autonomy for a while. I added the head pain reaction animation from the BuzzCrash coffee moodlet to set the tone when the moodlet is added.
2. Cottonmouth from University Life for a dry mouth symptom. This causes random lick lips actions, which is a pretty funny animation.

The only way I could figure out how to do all this was to add ANOTHER moodlet when Germy or Allergy Haze is added. I've named them "Congested" and "Hey, Fever!", and they have no mood effect. They just implement the symptoms. There may be a better way to do this, but the Seasons Health manager manipulates the moodlets directly, so I didn't think I could replace the EA moodlets in any straightforward way. Since they have no mood effect, they tend to drop to the bottom of the moodlet list, so they're not too intrusive.
Other Information

Use my stuff however you like! If you reupload it, it'd be really nice if you gave me credit.

If you use it in your game, I'd be tickled if you sent me a screenshot.