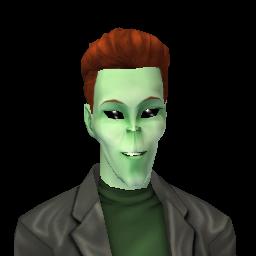 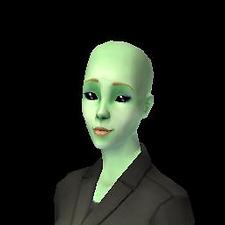 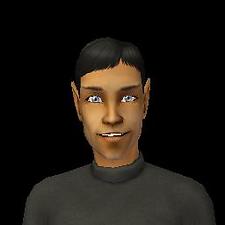 342 Thanks  Thanks     24 Favourited
Nightlife update: I don't yet have Nightlife, and haven't had a chance to test the hack with Nightlife. In fact, I haven't even booted into Windows for several weeks. There seem to be some reports of abduction babies being born with only one parent (e.g. no Pollination Tech father). It's happening to people without this hack, so I think it's a new bug/feature in Nightlife to make it possible for Aliens to breed without it being incest. Completely lame IMO (might be fixable with a hack; not sure). There are also problems with some of the triplets/quads hacks and Nightlife, so if you're having problems, you'll want to get updated versions of those hacks.

Until I get a chance to try nightlife (or some other modder feels like taking over this project), the multiple pollination-technician hack should be considered UNTESTED with Nightlife. Use it at your own risk.

Pollination Technician is overworked and underpaid. Earth is just too big for one alien to handle, so he's getting some new coworkers. With this hack, the next time one of your sims gets abducted, they could be probed by any one of four different technicians at random (including the original Polli Tech).

Pollination Technician #9 1/2 - The cryogenically frozen twin of Pollination Tech #9 Smith was lost for years due to an administrative snafu. Due to an obscure quirk in numbering protocols, he had to be assigned an adjacent designation, but #8 and #10 were both taken.

Birth Queen #44 - Women's lib has finally hit the alien world. Though wage parity hasn't quite been reached, it's now considered socially acceptable for a female alien to have a career instead of being a stay-at-home birth queen, and they're legally entitled to a proper numeric designation.

Edit: I realized after the fact that the Vulcan I uploaded wasn't very true to cannon. In particular, he had a messy blond haircut instead of dark hair and that bowl cut Vulcans and Romulans always have. I fixed that, and also made a few tweaks to his face. The new one replaces the old one. If you prefer the blond one, you can stick with version 0.2.0. If you just want to download the new Vulcan by himself because you have a slow connection or something, I've uploaded him separately to a post later in the thread.

Please let me know if you have any trouble with this mod. It's mostly a proof of concept hack, but it could be the basis for other useful Polli Tech related hacks. It works by overriding a single global BHAV. With a few modifications, it could select from a larger pool of alien dads, pick different alien fathers for different neighborhoods, etc. None of the included Pollination Technicians use custom content, but there is no reason in principle why they couldn't. I just didn't want to include any in the base package.

This should be completely compatible with the "Better Looking PT" mod (it should use the better looking facial structure that comes with that mod instead of the original). It also works with all forms of alien impregnation - regular or debug abduction, the InSIMenator or the Tombstone of L & D. Also, it should give sims who were born as the result of an abduction the ability to get impregnated since the incest avoidance code in the abduction routines will only get triggered if the abducting alien is also their alien father.

I've also included two cloned telescopes. They are completely optional. They have increased odds of abduction. They're useful if you want to make abduction a little more common, but you still want it to be random. There is more information about them in the README.

Edit: I suppose the new Pollination Techs could be cooler looking, but I wanted to get this out today and wanted to get the hack working moreso than play around in BodyShop. PT #9 1/2 is obviously just a young, red haired version of PT #9 Smith, Birth Queen's face is stolen from Stella Terrano (whose features I think look really great with the green skin, though she looks much better with long hair) and the vulcan is just the default elf face with a different nose and a few tweaks on each of the features.