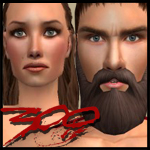 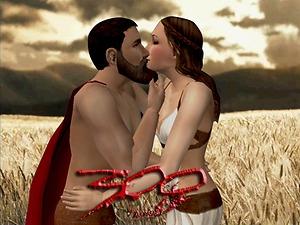 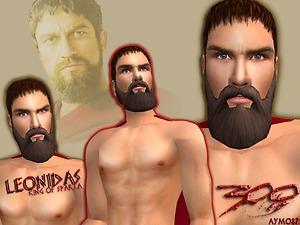 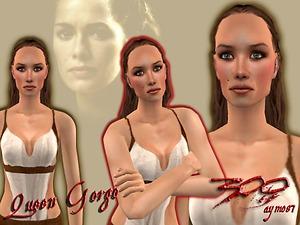 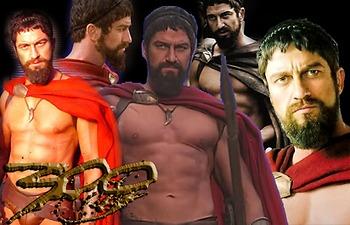 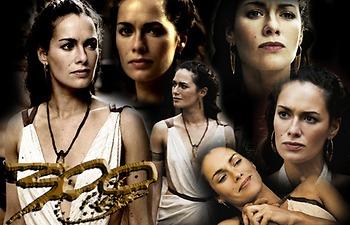 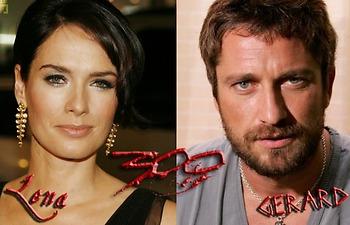 2,087 Downloads 223 Thanks  Thanks 25 Favourited 104,527 Views
Personal Picked Upload! This is a personal favourite of the creator!

After many many months, I finally bring you King Leonidas and his beautiful and feisty Queen Gorgo from Frank Miller's masterpiece 300 as portrayed by Gerard Butler and Lena Heady. If you haven't seen it yet, finished downloading these sims (because you know you want to), hit the thank button (cus that always makes me smile real big), and go watch it RIGHT NOW.

I attempted to do my best at capturing them both in and out of character for those of you who may just want them as Gerard and Lena but that is difficult because both actors look very different outside of their rolls in this move, so when it came down to picking on look...their movie role obviously won out. I'd really have loved to have found you all some lovely hair that looked just like Gorgo's but alas, non exists, I looked everywhere and this Maxis one worked best. (but that complies nicely with MTS2's new rule ^^)

Both of these simmies have gone though many many face lifts, and I hope very much that you'll enjoy them. I've been mulling over making Dilios and Theron but I think I'll leave that decision up to all of you. If you guys like these let me know with the thanks button or comments and if it looks like you guys like them then I'll go ahead and give the other two yummy boys a try

to get them to look like the pictures you need to do a few things because Clean Installer does not like me and things had to be packaged seperately.

LEONIDAS:
-go into clothing and find Leonida's body using beosboxboy's mesh. I do strongly suggest you put it back on him, because the buffer than buff Spartan king does look rather silly with regular sim sized muscles.

-he comes packaged with the roman/greek-ish hair from Season's but I strongly suggest you download HP's fantastic "New Roman" hair because it does look A LOT better longer.

that should be it for dear old Leo, but if his cape or boots aren't showing up those are both found in accessories/glasses.

-Our beautiful queeny pretty much comes as is except for her hair. I've gone and darkened it up a big (for all ages) and being a brunette myself I made it more of a true brown, not red-ish like maxis likes to give us. The clippy thingy in the back also has a little gold tint to it to give it an older feel. The hair is not binned (sorry sorry) so you'll go under custom if you want to put her in that.

Additional Credits:
Marie_fay for being the constant sweetheart she is, for helping me whenever I need it and for always pushing me to just suck it up when it comes to clothes ^^

HystericalParoxysm not only for the perfect hair, but also the fantastic taking better pictures package thingy.

Bruno, my idol, for the amazing makeup

JoanneDyer for the eyes I still can't get enough of

Oepu for her truly beautiful skins

and lastly but certainly not least Nienna1969 for requesting these two, they've taken forever but they've been a lot of fun!
Files Need help with downloading or installing content? Click here!

This download requires one or more meshes to work properly. Please check the Description tab for information about the meshes needed, then download them below:
Also Thanked - Users who thanked this download also thanked:
Rihanna
by @Stefan
Samantha Pauline (beauty with amazing, new skintone :))
by @Stefan
Emily * Porcelain Doll Child
by kamikitten
Jake Gyllenhaal
by UdontKnow
Anika - A Cute Sim by Zombie Jill
by ZombieJill
**Update#2** Disney's The Beauty and the Beast: Belle, Beast, Prince, and Gaston
by denise_316
Salus - A New Boy by Zombie Jill
by ZombieJill
Avril Lavigne Celebrity Sims
by @..:BlueSky:[email protected]
Chiqui, a Latina Beauty
by bruno
Theresa Reys by Uartige-Pigebarn
by Uartige-Pigebarn
Packs Needed
None, this is Sims 2 base game compatible!
Tags