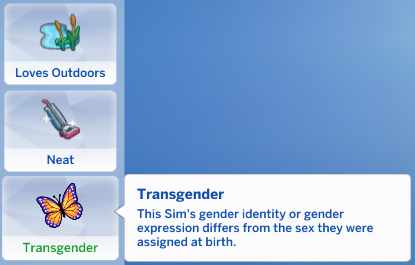 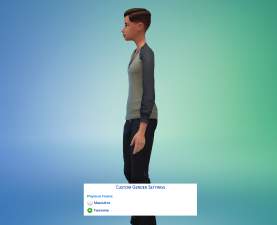 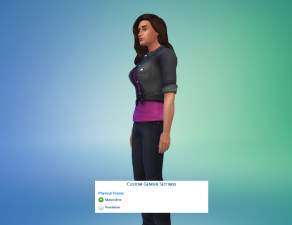 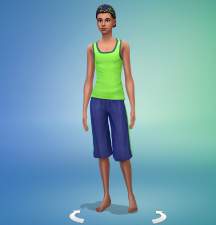 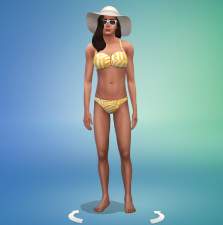 415 Thanks  Thanks     88 Favourited
This is a very simple trait which disallows/allows access to the breast slider for transgender Sims, while still retaining the female/male assigned sex. It is intended to more genuinely represent chest reconstruction and is available for Teens through Elder.

Known Issues
Sims who were assigned female will not be able to go topless; the basic bra/underwear still appears. They will appear topless in the shower or if the "Change into Nude" outfit change is chosen, although it does not perfectly mimic an assigned male Sim's chest. Similarly, in CAS, when selecting tattoos, the basic bra/underwear still shows
Sims who were assigned male will not be able to go topless. However, in CAS, when selecting tattoos, there is no bra/underwear although it does not perfectly mimic an assigned female Sim's chest
Because this is a CAS trait, it can appear on randomly generated townies, which can result in inconsistent gender expression as far as clothes, hair, facial hair, etc. I didn’t feel it would be appropriate to make this a reward trait (either purchasable or via aspiration) and I do not have the scripting knowledge to code something that would restrict the trait from being available to said randomly generated characters. I appreciate your understanding and can only hope someone with more coding knowledge than myself can create something that does what this trait does - but better - some day soon

Updates
9/20/19: Removed a test condition that was preventing the trait from taking effect if the assigned gender was changed in CAS after entering the game
7/17/20: Confirmed working with most recent patch. Added French translation; thank you Thyellodis!
11/10/20: Updated for patch 1.68, which broke custom traits. HOWEVER, please note! As per Zerbu: "The issue is due to the UI not understanding 64-bit trait IDs, and the solution is to use 32-bit IDs instead. Unfortunately, this has the side effect of breaking compatibility with existing saved games and saved Sims in your library. If you already have Sims with custom traits, they will lose them and you’ll have to re-apply them. There’s nothing I can do to fix this." In other words, because I made the original trait with Mod Constructor which was using 64-bit trait IDs, there may be issues with any saved games you had using my custom traits and the fix is to re-add the trait to the Sim(s) using it, now that the updated version is using 32-bit IDs.
07/24/21: Updated for patch 1.77.

View First Unread
Back to download view
25 Comments / Replies (Who?)