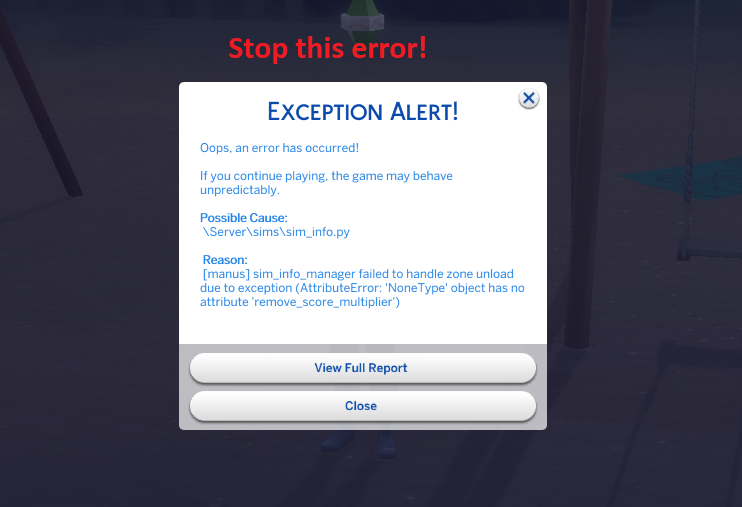 This is a script mod. The .ts4script file must be placed directly into your mods folder or at most 1 subfolder deep for the game to load it.

A simple mod that fixes an annoying error message which pops up whenever your sims switch lots.

The error occurs during the process of travelling when the game unloads the old lot and loads in the new lot. It happens because the game tries to access and modify the whims tracker of a sim that either doesn't have a whims tracker, doesn't exist, or (more commonly) was just unloaded because the game just unloaded the current active lot. The process of trying to access something that is unloaded gives the game a result of nothing, and trying to modify that nothing is what triggers the error.

This mod fixes that by making the game check if the whims tracker actually exists before trying to modify it.