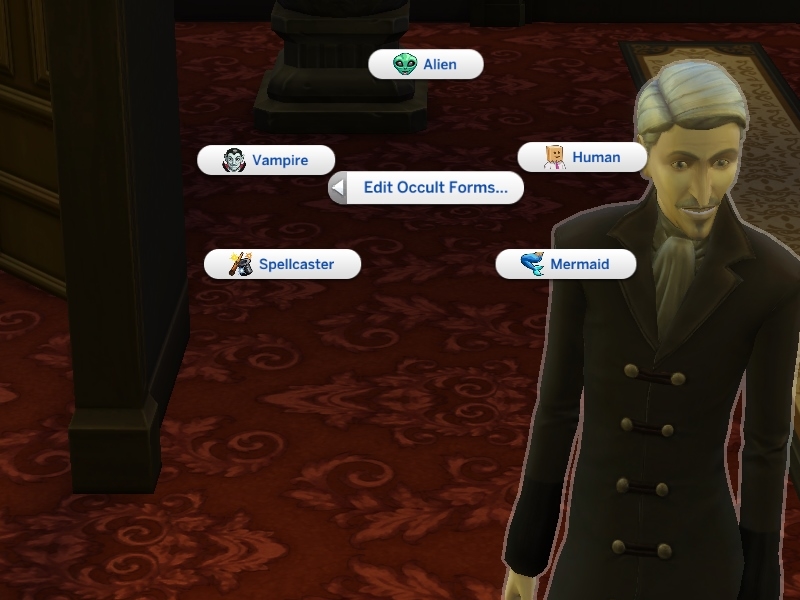 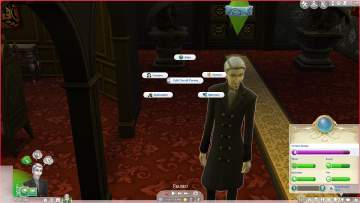 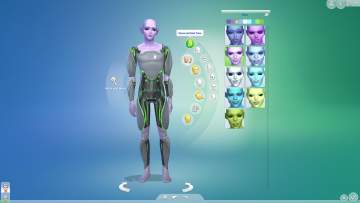 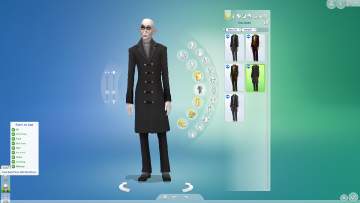 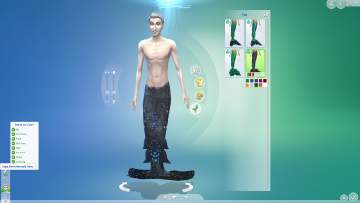 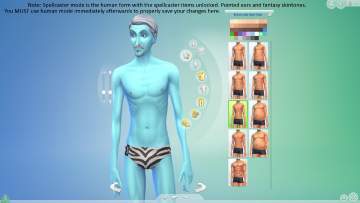 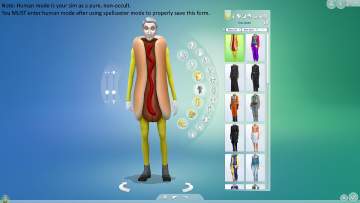 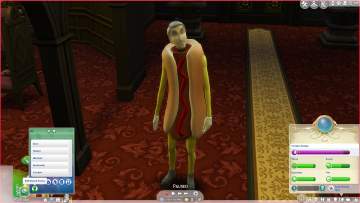 Created by Iced Cream View Policy / About Me View all Downloads

There is a script component to this mod. The .ts4script file MUST be placed directly in your mods folder or at most 1 subfolder deep.

You may need to enable the cas.fulleditmode cheat before using the interactions to fully be able to edit your forms.

This mod allows you "safely" edit your sim's occult forms in CAS. Normally, hybrids are in danger of having their forms overwritten or deleted whenever they enter CAS. This mod fixes that problem by using CAS' special "disguise" mode which was added to the basegame with the release of Get to Work, but has remained mostly unused. When you use one of the interactions provided by the mod, your sim will enter the disguise mode of CAS as a pure occult of your chosen form. For example: Choosing the mermaid option will force your sim to enter CAS as a pure mermaid, allowing you to safely edit the tail.
Your sim's true occult type will be restored once you exit CAS thanks to the game recalculating your occult type after every loading screen.


After editing an occult type, you should enter use the Human mode interaction to safely sync your human form across all your occult types. This is especially important for spellcasters. They must return to CAS in human mode to properly save their human form.

I repeat: Spellcasters MUST re-enter CAS in human mode after using spellcaster mode or else the other modes can break. The mermaid mode WILL break unless you re-enter in human mode to save your human form.

You don't need to make any changes when you re-enter as a human. Just click accept. Your occult-exclusive items, such as pointed ears, may appear to be missing in CAS, but they will safely return once you accept and return to the game.

Because hybrids are not officially supported by EA, there may still be issues that cannot be fixed by this mod. Be sure to save frequently in case one of your forms gets reset, and remember to save your normal form with the human mode whenever you edit an occult form.

There are 3 versions of this mod in the download. Please choose only one .package file to install.

Compatibility
It shouldn't conflict with anything. The interactions use completely new script functions which are added by this mod.

Known bugs
Aliens do not play nice with other occult types. Alien hybrids may have their alien form deleted and replaced with a newly-generated one when loading a savegame. This is an EA bug that they refuse to fix. If this happens to you, exit to the main menu and try reloading your save.


If someone ever makes a CAS unlocker mod which unlocks all occult items for normal sims and every occult type, I recommend getting it.
Other Information