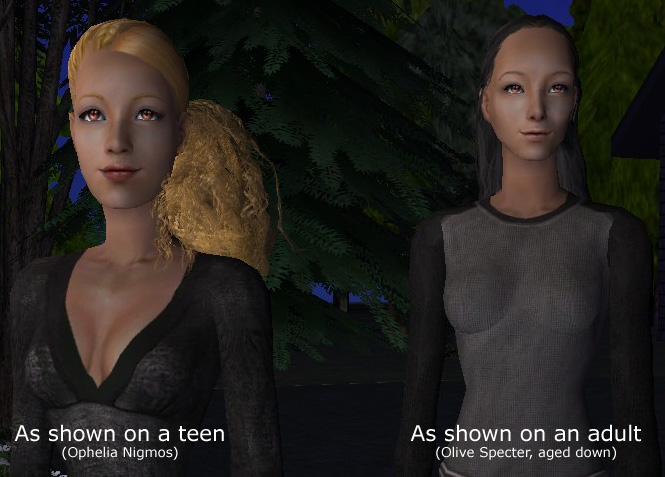 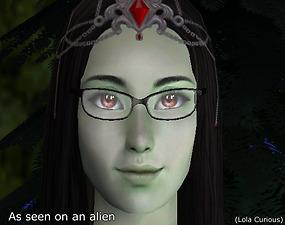 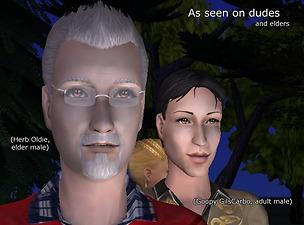 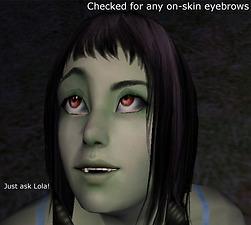 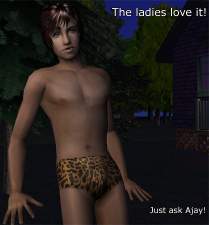 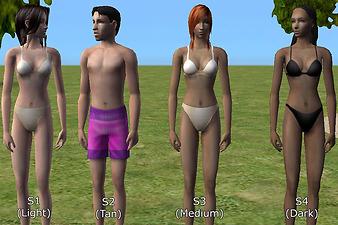 304 Thanks  Thanks     26 Favourited
This is a Maxis Recolour which means that it is a recolour of an item that already exists in your game. Please check the Expansion pack requirements to see which game pack it recolours.
Hello!

This download overrides the Maxis vampire textures with a skintone that's much more befitting to those using a set of defaults based on "Self-Makeup #7" by Louis/Ren of SimCribbling.

It's semitransparent, and allows the original skintone to show beneath it-- much like the maxis original.

Most of the screenshots included with this post were taken using Lin's Edition of the skintones, so if you use the original, it might look a bit different.
(Except for the alien skintone-- it's a recolor I haven't posted.)

The eyebrows have been removed from the skintone itself, although I think there might be a slight smudge on the brow for teen (and possibly adult) females.
Even then, it shouldn't pose too much of a problem, given that the skintone isn't opaque.

It doesn't show up as well on Sims who are already pale, but there is a slight difference-- enough of one to tell, if you were to sit a non-vampire and vampire Sim next to one another.

I didn't make any of the things used on this skin, though-- I just added transparency and put the package together.

I hope you (and your Sims) enjoy it!

8/2/07 Edit: This default replacement has been reported as "looking weird" with Rockburn's Smaller Vampire Fangs. I'm looking into it, but just for the record: if you're using both of these replacements, your vampire Sim's fangs might look a little weird.