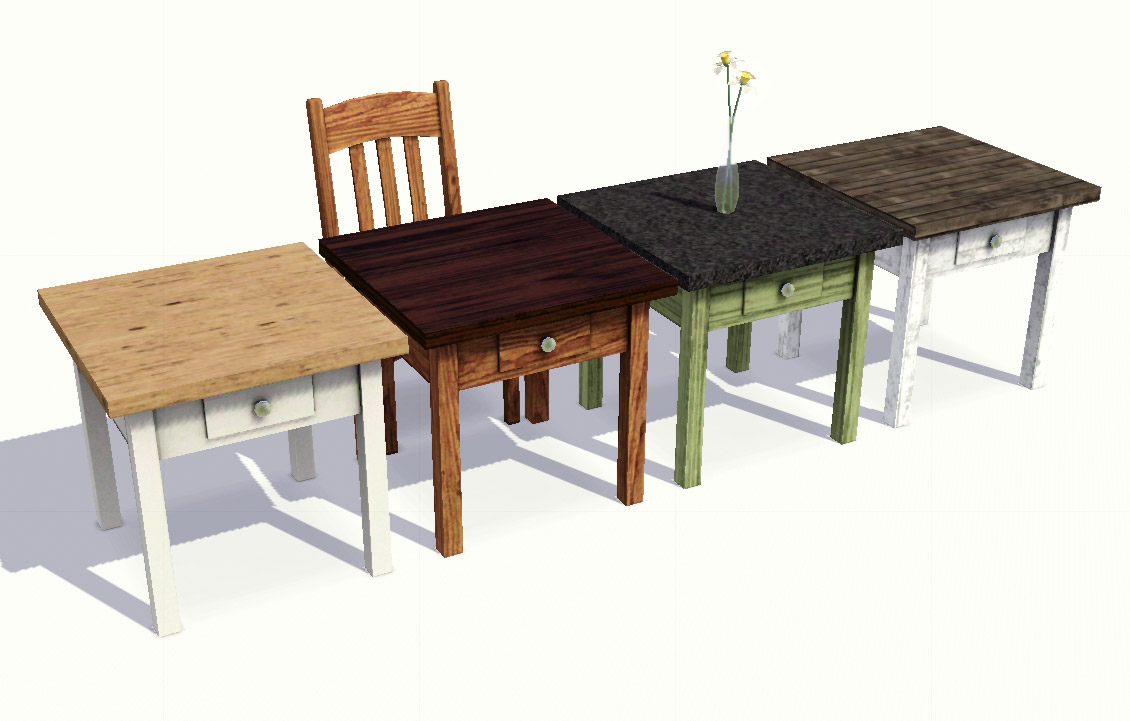 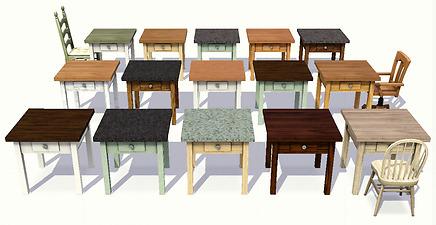 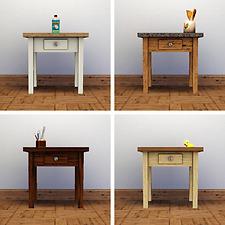 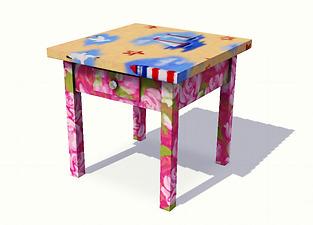 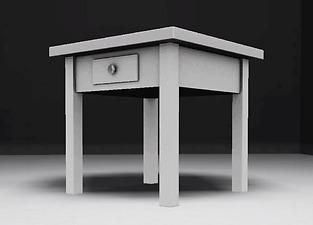 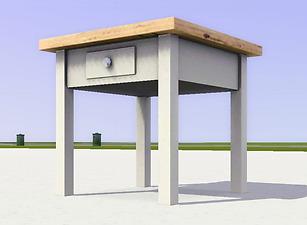 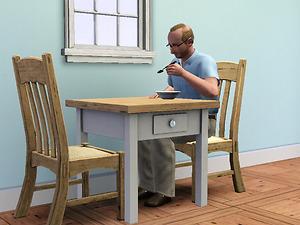 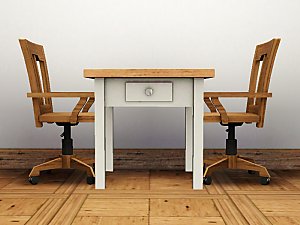 
Update 2014-08-27: Ran this through granthes' RigFix and now it is fixed. Pets-or-later users, please remove the old package and use the “rigfix” one instead! Thanks for testing, FH|RA! =)

The table now has two additional deco slots, thanks to cmomoney – see screenshots in post #24 of this thread. Redownload the package and let it overwrite the old version (I don't think the instance of the object has changed and you wouldn't need the same table twice anyway). 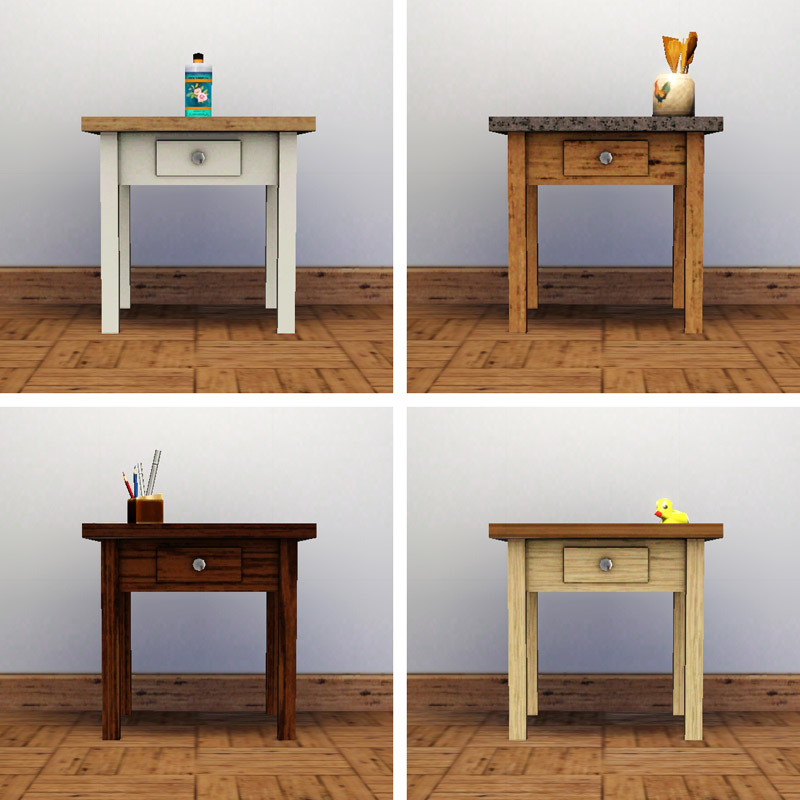 Two recolourable channels (top and body); the drawer handle is always silver. It costs 120§ in game and is in Surfaces > Dining tables (cloned from the Bistro dining table). Made from 1.8.25 files; I have no idea how it behaves in lesser versions.

It has four custom presets (see the "presets" screenshot below); three of them are using default EA texures so it's easy to match stuff, plus a weathered outdoorsy version. The shadow texture is rendered in blender, so it's as accurate as it can be. The mapping is as seamless as I could make it; the left and right sides of the tabletop are mapped perpendicular to the top side but this is on purpose – I didn't want to bend wood textures at 90°. Think of it as a strip that's laminated around the edge.


Made in blender with the help of s3pe, s3oc, Aorta, Milkshape, S3 Object Mesh Tool, BBEdit, Photoshop and others. Many thanks to cmomoney who helped me figure out how to map it the way I want it to (without making the game throw up) and who also wrote this tutorial on custom presets.

Polygon Counts:
The high-resolution mesh has 160 faces, 245 vertices. The low resolution one has I think 74 faces (no bevels on the tabletop; drawer handle is a box).
Other Information