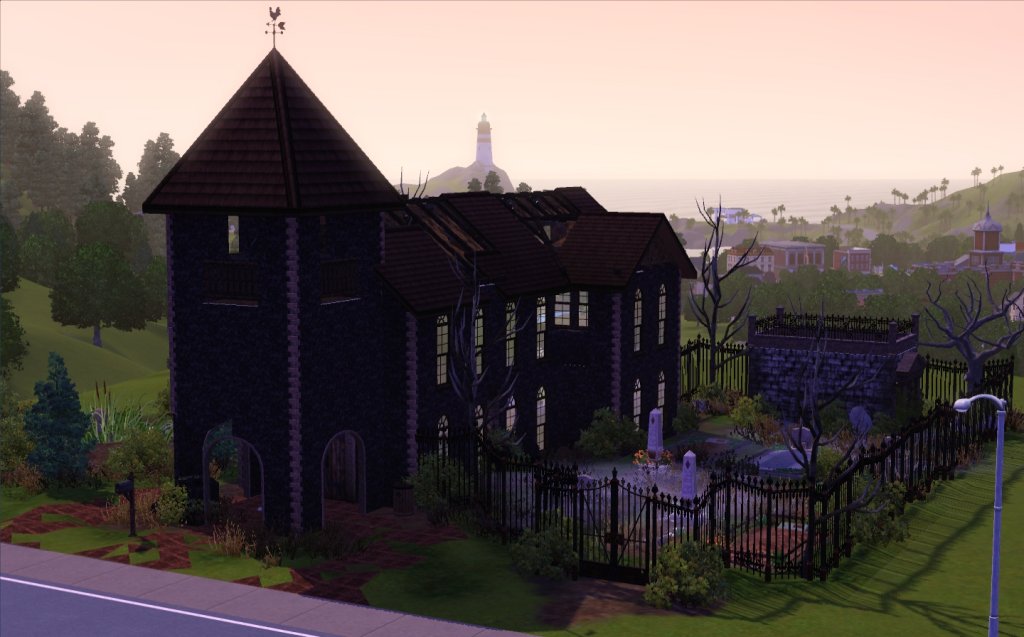 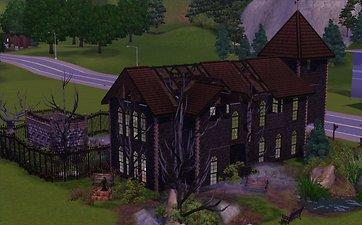 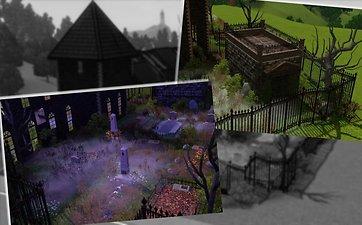 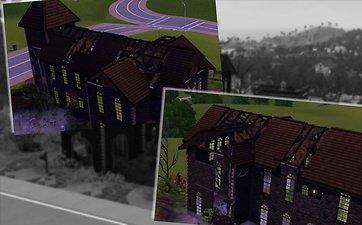 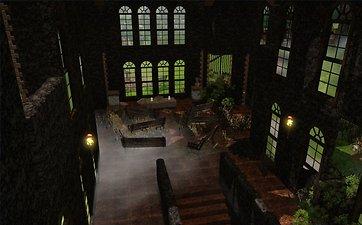 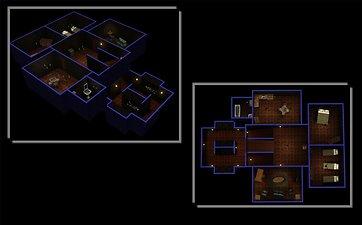 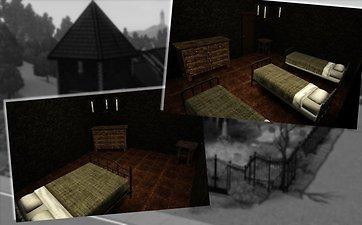 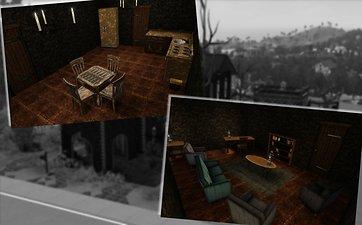 This lot DOES require World Adventures AND Ambitions to make it work properly, I totally spaced when I did the upload and forgot the Fog Maker, burnt trees and 1 or 2 decorative items are part of Ambitions. My apologies!

Sinner's Remorse
I stumbled on an old church today, not much left here though. Looks like there may have been a fire at some point that damaged the roof. The walls are crumbling too, this may not be the safest place to spend the night, especially since the graveyard has an unusual dread feeling about it. On further inspection I found the living quarters and undercroft to be in surprisingly good condition considering, seems like there was some looting and time has definitely taken it's toll but it seems fairly untouched since the last inhabitants left.. I hope they have left for good...

Side Notes
This is my third lot in this series, basically it's supposed to be a small old church with a graveyard that's suffered the ill-effects of whatever apocalyptic event happened. The majority of the simming action actually takes place underground, this is my first real foray into "Basements" with the new tool and is loosely based on the churches from TES: Oblivion.

Things to note on the lot, above ground there's a pond and the graveyard. Lots of crumbling stone as well as a partially destroyed roof. Be careful at night as we all know what those creepy graveyards are like

, there is also a small secret passage that isn't shown in the screenshots but has no real bearing on the lot as it's just a secret way out of the undercroft crypt area (i.e. corridor + stairs) but I wanted to play a little with some tomb options and triggers, so have fun finding that

Testing
Have done some basic testing, everything that should be usable is so far as I could tell. As mentioned in the notes there is a small secret passage (basically stairs and a door) that I've tested extensively, all triggers work and it'll remain hidden until "discovered" though you can see where it is in Buy/Build mode regardless of if you've found it in live play or not.

I did have a small problem with some of the bushes / trees appearing on the basement view, almost as if they fell through the ground. I've removed all the ones I could cause to show below ground but I don't know what caused it, so I don't know if it'll happen again after extended play in the lot (though I did test it for a good week or more game time).

I don't think I used any EA download / free Store content but if anyone has issues with items in the screenshots not showing up right in game, please let me know as I do have some EA Store content loaded (it's all free stuff though).

Additional Credits:
Special thanks to..
QBuilderz - for his video tutorials for Geoblending and Acrostacking.
Files Need help with downloading or installing content? Click here!

If you like this lot then you may like others I've made, please check out the Aftermath, Demolition Alley, Silicone Sunset, Velvet Curtains, Paradise Flats and Backwater Road series or my user profile!
Also Thanked - Users who thanked this download also thanked:
"Aftermath" Series - Wreckreation Park
by feldynn
"Aftermath" Series - Road to Nowhere
by feldynn
Piece of Manhattan - Late night apartment NO CC
by Arisuka
Small Abandoned Factory
by plasticbox
Villa Renderme
by ninotchka
Steampunk Ahoy!
by ninotchka
The Tattoo Studio - Community Lot
by -Shady-
The Railway Shack - NO CC
by ninotchka
The Windfall Motel
by Sarasvati
Mirkwood Glade - an elven dwelling
by ninotchka
Packs Needed