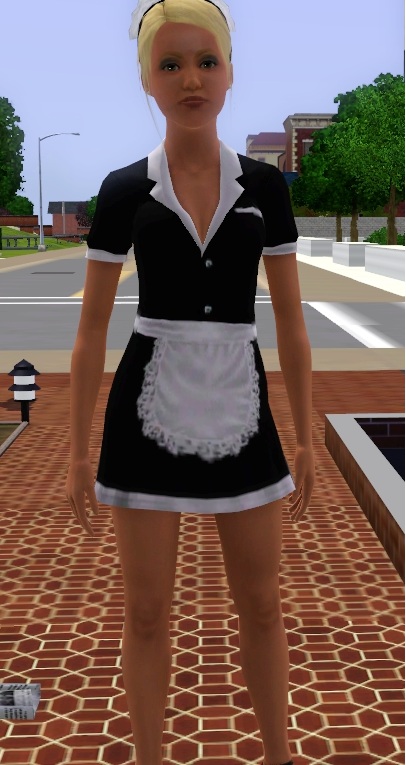 257 Thanks  Thanks     37 Favourited
I had a dream, a crazy dream of having all the NPC's in my town be children. That dream failed, pretty hard when I realised that most NPC's can't be children, the game just fails to load them... so I expanded my original idea, and now I present to you, any age NPC's you want!

If you only want to change one NPC then download the relevant age package. All zips include "single" changes and ones to change them All. I also take requests if you want a combination (for instance Teen Maid and Adult Babysitter)

Re: Late Night compatibility. All of the NPC's for patch 1.17 are in the "1.17" file. If your game version is patched BELOW 1.17 then please download the relevant file, otherwise, download the 1.17 zip, which contains all the variants, updated for Late Night.

This Mod IS compatible with "24 hour babysitter" provided that you don't use the Elder Babysitter or Young Adult Babysitter version.

Changelog:
31/1/2010: Teen packages updated to get around a bug in the Police/Burglar interactions. Please redownload if using "All Ages Teens" others should be unaffected.
13/11/2010: Updated for Late Night (finally)
30/7/2010 - YA exclusive NPC's released. (Game defaults to either YA or Adults, this Mod will force YA's only)
29/7/2010 - Teen Maid and Adult Babysitter uploaded by request.

USE ONLY ONE PACKAGE! THEY ARE VARIANTS OF THE SAME XML TUNING AND USING MORE THAN ONE WILL RESULT IN NO NPC'S BEING GENERATED FOR YOUR GAME

Compatibility
Should be compatible with Base Game and above, but has been tested on a machine running Base Game+WA+HELS+AMB so can't confirm that. Definitely works on both 4.0 and 4.2

I didn't include all variations, because quite frankly it would have taken forever. However, if you have a specific request (for instance, Teen Maid and Elder Babysitter) then please post it to the comments section, along with a testimony that at least one version of this mod works in your game (so I know that my code will work for you) and I will make it for you

Just to be clear, as there has already been a comment on this: I see no reason why this mod will not work on any game version running 1.12 to 1.17 (as long as you get the right file)

[B]Known Bugs
If using any of the Child Packages, the following NPC's will turn up out of uniform (whether Child NPC's or not)
Maid
Burglar
Firefighter
Police
Pizza Delivery
This is down to the "No Uniform" script that has been written in to the mod, which Buzzler created for me, originally there were going to be more kid NPC's

Child Maids will stretch into weird anorexic Adult Bodies to clean counters, then return to normal afterwards (I think thats the only maid duty that doesn't have a child animation) Nothing can be done about this, unless EA give us a way to make children clean counters.

Child Firefighters will arrive at the lot, say they can't get to the fire, then the fire will miraculously put itself out (again, lack of animation)

Teen NPC's won't drive to the lot, they will walk (so take longer to get there)

There is no option to change the Paperboy/girl age. I couldn't get it to generate anything other than Child Paper deliverers.

If using the new version of "All Teen NPC" then be aware that your Police officer will NOT catch the burglar. As soon as the police arrive on lot, the burglar run's off and you are informed that "It looks like they got away" Make sure you buy a burglar alarm! or they will also make off with your stuff.

Teen Burglars may be unable to enter houses, haven't been able to confirm this yet.
You need to start a new game for this Mod to work, as your town will have already generated NPC's

If you enjoyed this Mod why not follow my blog and become the first to hear about updates, and new Mods before they appear on MTS? Severedsolo's Simcredible Mods

Additional Credits:
TheBuzzler for his "NPC Everyday clothing" Script S3PE for allowing me to make this.
MTS for hosting.
EAxis for making the Sims