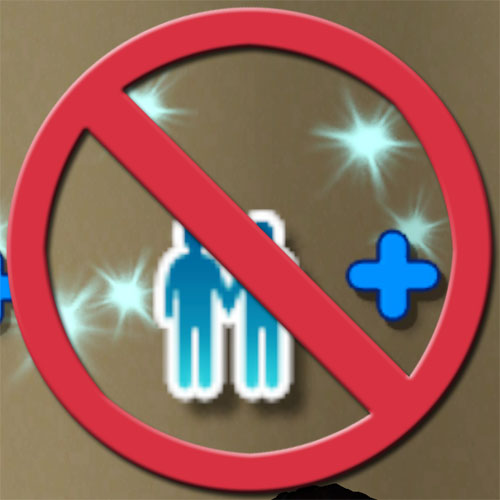 This does NOT change the little people icons and plus or minus signs, or any other relationship-related effects. It only removes the sparkles.

As this is a DDS replacer, similar to a skintone default replacement, it isn't a real "mod" exactly. It's not a global mod, core mod, or XML tuning mod, and will not conflict with anything unless you have something that replaces the exact same texture file. As such, it is compatible with all versions of the game, will not need updating for EPs/patches, and really is about as safe and simple as anything possibly can be.

It's possible, though, that this mod may remove other sparkles elsewhere in the game - for example, I think the adventure board may use the same "glint" DDS file that is used for the relationship sparkles. In this case, it's an unintended side effect, but relatively minor, and won't change gameplay in any way.

All of my tiny texture replacers are available in one .package file, for your convenience. You may download either the single files, OR the combined file - not both!