Bugfixes - It's a Crying Shame

by scumbumbo Posted 28th Dec 2017 at 11:35 PM - Updated 14th Nov 2018 at 12:06 AM by scumbumbo : Updated script for 1.47.49 game update
February 06, 2020 - Scumbumbo has passed on but his work and memories are still being kept alive by many of those whose lives he has touched. To download fixes for his mods, please check <a href="https://scumbumbomods.com/">https://scumbumbomods.com/</a> and please direct any questions or concerns to his discord channel linked there. 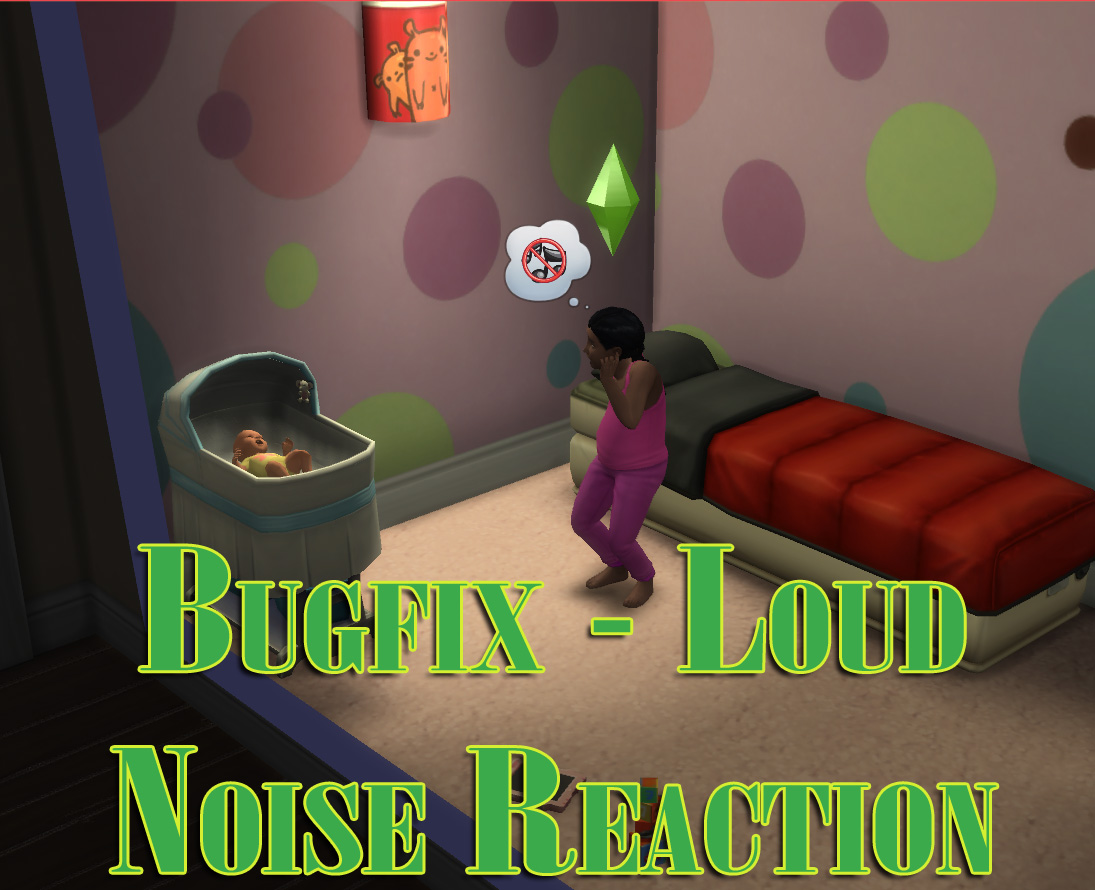 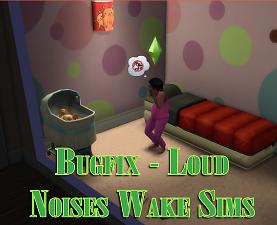 This contains two separate bugfixes for errors which prevent Sims being woken by, and reacting to, loud noises while asleep. In particular, this prevents Sims from having crying babies wake them up during their sleep.

The bugfixes are separated so you can choose one or both of them:
Neither of these bugfixes are required if you haven't noticed or don't care about the issues they affect. I'll be reporting them to EAxis so that hopefully they will be fixed soon anyway.

A couple of further notes regarding the BucksPerkTest fix:
Installation and Compatibility

The BucksPerkTest fix is a script mod, so simply unzip the file contained in the download into your mods folder (or a maximum of one subfolder deep). You must have script mods enabled for the fix to load.

The LoudNoiseReaction fix is a standard XML package mod, so unzip the file contained in the download into your mods folder, or any subfolder. Script mods need not be enabled.

These bugfixes were written for version 1.44.77.1020 (June 19, 2018) of the game, and may not be compatible with earlier versions. Please watch patch notes to see if either of these bugs get addressed in future game patches, at which point these fixes can and should be removed.