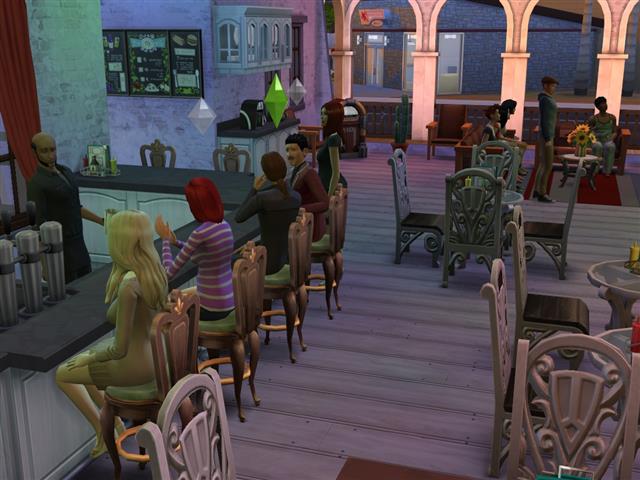 86,532 Downloads 1,814 Thanks  Thanks 652 Favourited 262,431 Views
Picked Upload!   This is a picked upload! It showcases some of the best talent and creativity available on MTS and in the community.

Created by Shimrod101 View Policy / About Me View all Downloads

The V4 mod adds a new file into the mod which gives sims a larger "surface bonus" score for using a dining table, bar or counter; in other words sitting at the table or other surface with their food or drink instead of moving around. The mod works much better now.

This alteration is made in this mod, as opposed to a new mod, because the setting is inside the XML called "chat", already used in this mod. Use one or the other of these two mods, not both at the same time. Otherwise all of the alterations are the same as in the original mod.

Original mod description:
This mod reduces the amount of moving around from chair to chair or place to place when sims are socializing with other sims. This is achieved by requiring the AI to score 3-4 times higher against any sim in order to push them to move from their current position.

Also the delay is increased before the AI will check any given sim, particularly seated, for desired movement.

Also altered is an issue where the listener sim is required to look at the speaker in a conversation, but the speaker who will frequently be the active sim, is not required to look at the listener in the same fashion, resulting in my sim for example often staring in one direction and speaking to the other sims without looking at them when in a group conversation; he simply keeps looking at the first sim I clicked on. Now my sim, or the other speaker, is much more likely to turn their head from side to side to look at the other sims they are speaking to, one by one.