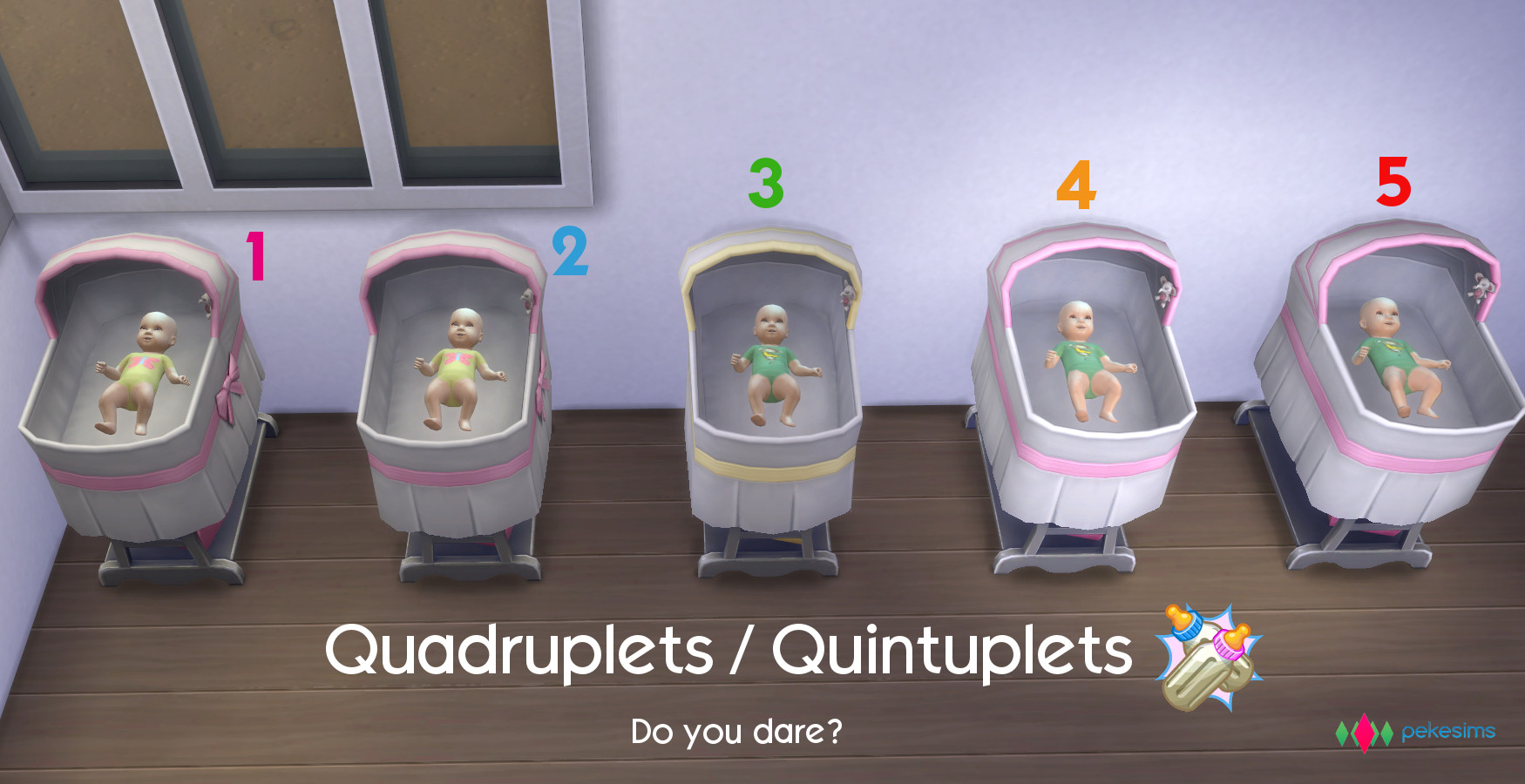 Please, make a new comment if you want a personalized flavour. I wrote a "tutorial" so you can learn how to personalize it yourself. It's at the end of this post.

This mod enables the possibility of having quadruplets, quintuplets or even sextuplets in The Sims 4. By default, the maximum number of babies you can have is triplets, do you dare to raise 4, 5 or 6 babies at the same time?

I have included several flavours, so you can choose how risky you want to be. Note that by default (before the december patch) the odds were: 89% of having 1 baby, 10% of twins and 1% triplets:

Have in mind that you won't have quadruplets or quintuplets or sextuplets if you do not have enough space at the household... unless you are using a mod to enable larger households.


Usage:
Have ONE flavour of this mod installed while your sim gives birth. Note that if your sims have fertile trait (or have drank fertility potion) then the odds for a multiple birth will be higher.
You don't need to have any of them installed during the conception.

Resource overrides and compatibility:
This just overrides the S4_03B33DDF_00000000_06F6554A25E46FD0 XML resource.
It is incompatible with XML mods that modify the same resource. For example, MasterDinadan's "Longer/Shorter Pregnancy Lenght" or my "Choose number of babies". But it is likely to be compatible with script mods like java7nerd's "Pregnancy Scan".

Known issues:
Additional Credits:
plasticbox for solving all my questions!
All the volunteers who tested the mod, thank you!
Palomaplay1 for the screenshot.
velocitygrass for the Sims4XmlExtractor.
Kuree and all Sims4Group for the s4pe.
morgade for the Sims 4 Tuning Tool.
"XML Tuning How-To" tutorial by plasticbox.
adil338 and milbelle for asking for quadruplets and quintuplets, for giving me the idea for this mod


MAKE YOUR OWN FLAVOUR


What do you need?
s4pe - https://github.com/Kuree/Sims4Tools/releases

2.- Extract the .package and open it with the s4pe.

3.- Look for the file tagged "ITUN" on the left column.

Click on it with the right botton and choose "Notepad". 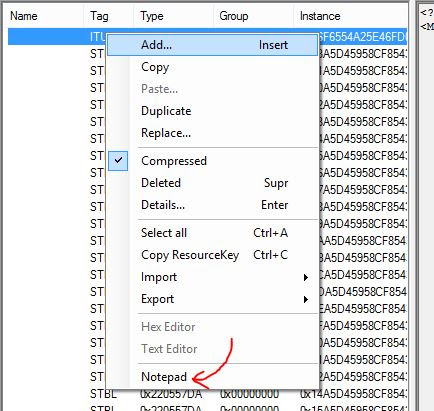 5.- Insert your percentage of having 1 child
Code:
in the following line.

7.- Change the value
Code:
for your percentage of having two babies.
For example, I want to have twins the 12% of the times, so I write:

9.- Save your changes and close Notepad.

EXTRA changes you can make easily

You can change any of the following at the same time:

-Percentage of multiplets that are identical: find
Code:
and change the 33.33 that follows for the percentage you want. By default, the 33.33% of the multiplets are going to be identical.


Install only one of these at the same time!

Need more information?
Back to download view
168 Comments / Replies (Who?)