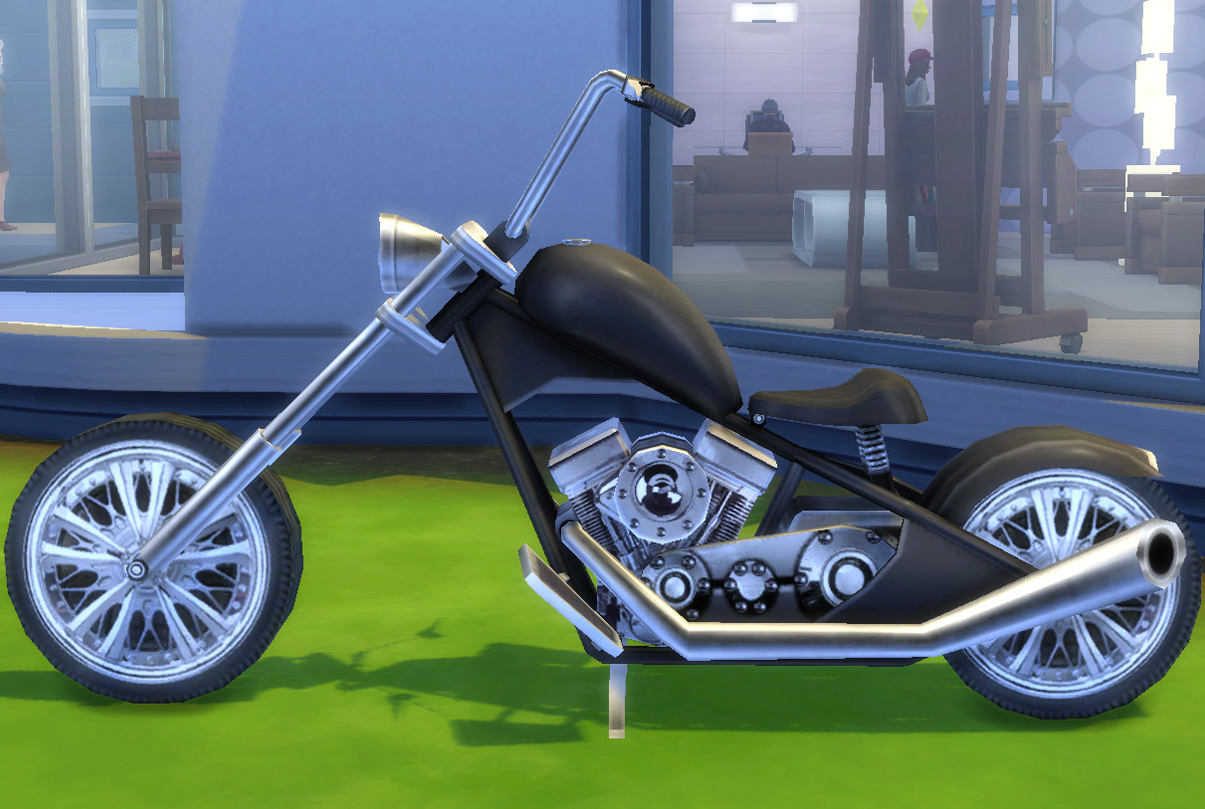 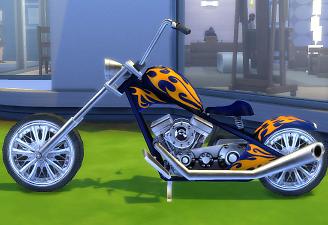 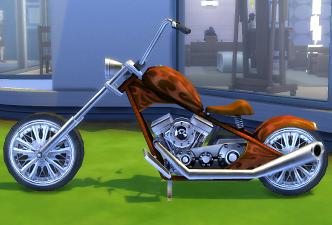 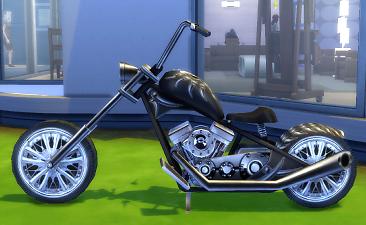 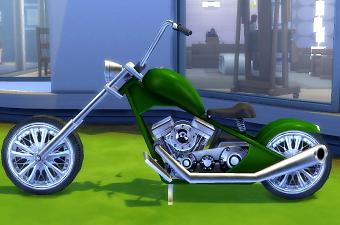 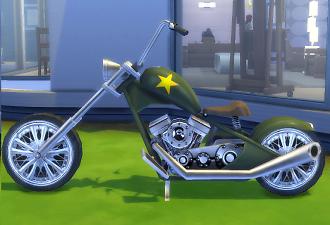 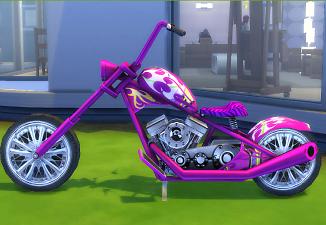 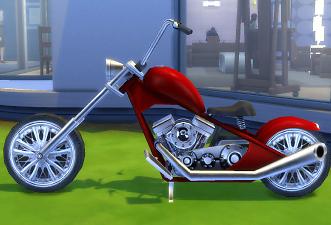 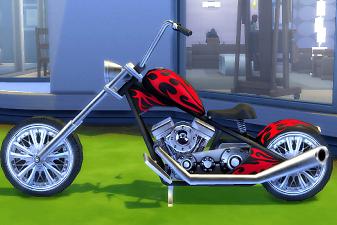 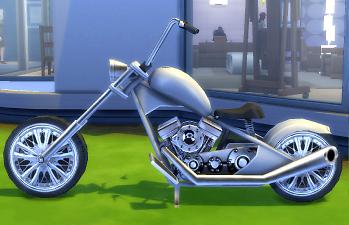 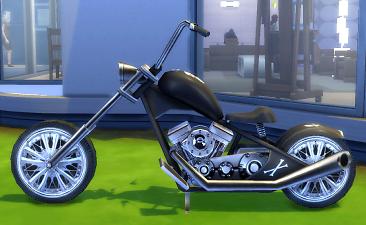 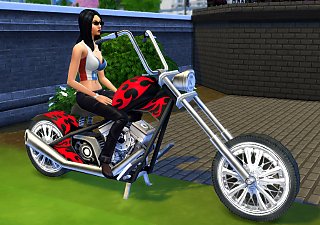 Created by Esmeralda
View Policy / About Me View all Downloads
Uploaded: 20th Mar 2015 at 7:29 PM
Updated: 22nd Sep 2015 at 12:04 PM - Alternative version with no stand
UPDATE Sept 22 2015: Added an additional version of the bike with the stand removed for those who would like to use it with motorbike-riding poses for storytelling, so that the bike's stand isn't there while being 'ridden'. Download the file called Esmeralda_TheBeastMotorcycleSittableAsBarstool_NoStand if you want the stand-less version. It's found next to the original version in the game catalogue, same cost, same recolours and rigging, and doesn't conflict with the original so you can have both in your game at the same time.

Here's a conversion of the Sims 3 chopper motorcycle 'The Beast', from the Ambitions expansion pack. I originally intended to just make it as deco, but decided it would be nice if it could be some sort of functional item. So I cloned it as a bar stool and re-rigged the foot positions to fit the motorbike. If we ever get vehicles, I'll try to make it driveable, but for now we can at least use it as an item for storytelling.

Fellow MTS creator Mr Mayhem and I have both been working on getting motorbikes into the game and have been sharing our progress with each other, and his bike is looking good. He's working on the rigging and hopefully you'll be seeing his creation soon too - I'm looking forward to it!

'The Beast' comes packaged with 11 recolours, which include a few variations of EA's flamepaint graphic and one of their sort of tribal-looking bug monster or whatever it was supposed to be, plus a few solid colours and a couple of new graphics. They are as follows:

The bike is found in the Chairs/Miscellaneous section in Buy Mode, and costs 1000 simoleons. This object works with the in-game Design Tool, thanks to the current version of Sims 4 Studio.

So you can either use it as a prop to put in a fake driveway to make your home look like it has a biker or two in it, as on the left in the below pic. Or, you can use the barstool function, either in a serious way as a prop for storytelling, or in a more fun way as a barstool together with a bar, as on the right.

It's rather cute to set up an outdoor chopper meet in which everyone 'pulls up' to the bar and can sit on their bikes sipping their drinks or eating. But just remember - non-alcoholic drinks only! Ride safe!

Some issues when using the bike as a chair: The bike retains the barstool's 1-tile footprint (for the sake of getting to the seat without route obstruction), so therefore passer-by sims may walk through the front or back of the bike. Also, I would have liked to have rigged the feet to go on the footrests rather than on the exhaust pipes but couldn't accomplish that without ending up with wildly distorted feet and ankles, so we have to just pretend the exhaust pipes are cooled off enough for the sim to rest his/her feet on. The position the feet and legs are in, is the best I could do.

Thanks for looking, hope you'll find this item useful and hopefully fun to use.