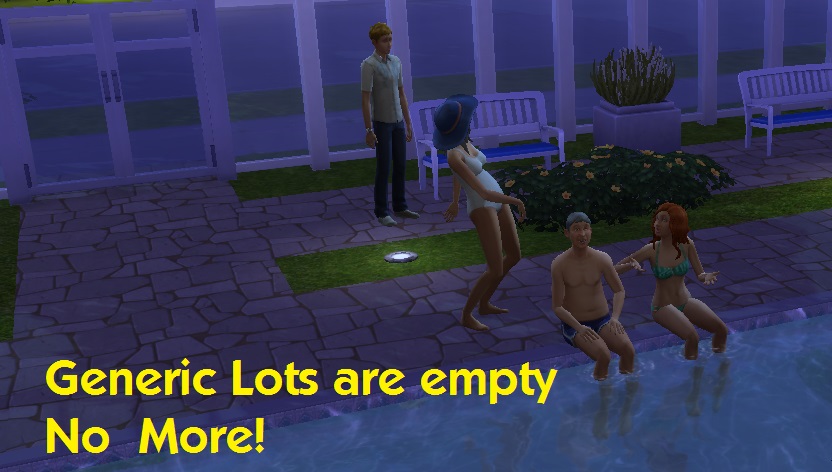 Created by simmythesim View Policy / About Me View all Downloads

Version 3 released, exactly the same as version 2 which fixed the sims appearing on alien lots bug, but it actually works now. Previously with version 2 I was rushing to get the new version out so apologies for the version 2 brokenness.

Have you ever wanted to build a lot with no restrictions? Well Generic lots are for you! If they worked, that is. Previously, no sims would come to a generic lot unless you invited them but now, the bug is gone! Now your beautiful generic lots are populated with sims!

Note:Technically, I've retired from modding but this bug annoyed me so much that it lead me to create a new mod. If the June 11 patch breaks the mod, I won't be fixing it.

How I made this mod for those looking to update it:
You can look at the thread about updating the mod here.