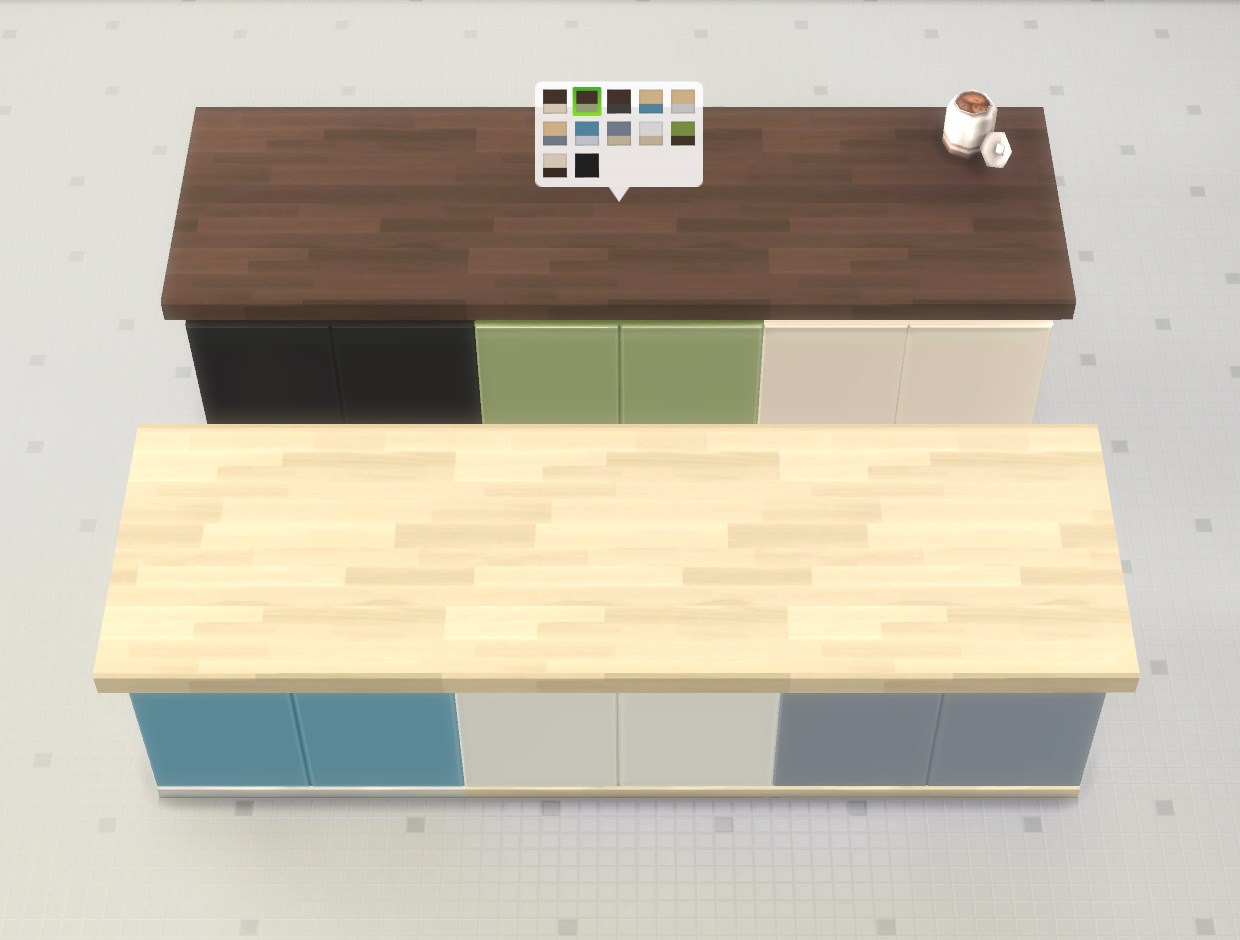 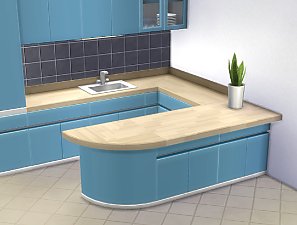 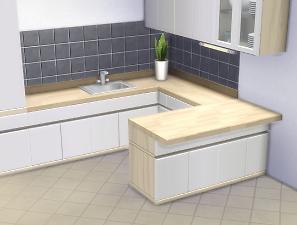 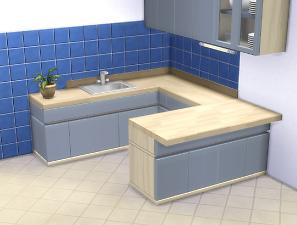 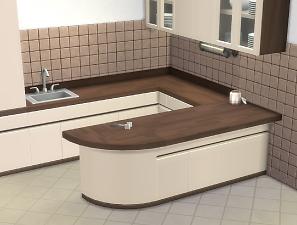 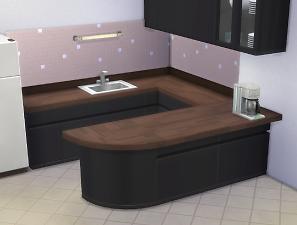 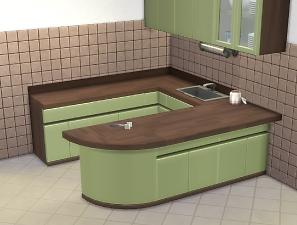 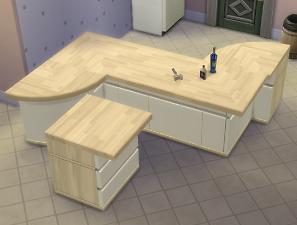 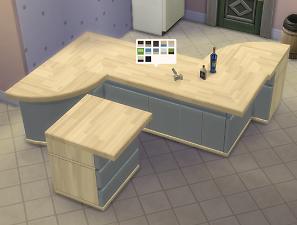 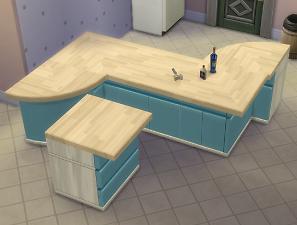 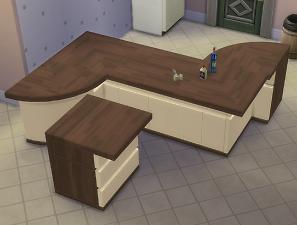 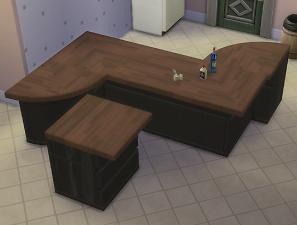 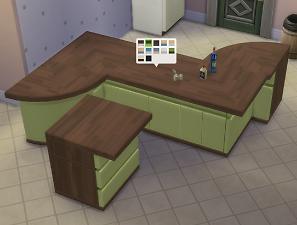 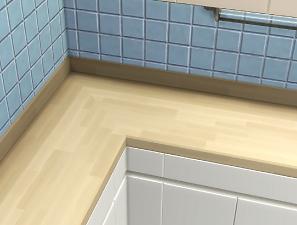 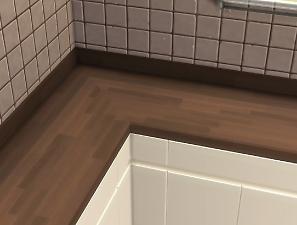 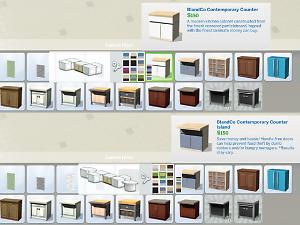 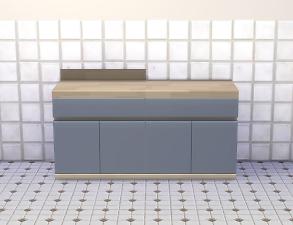 These are some wood countertops for the Maxis “BlandCo” counters and islands ‒ they only contain the countertop diffuse textures, all of the other ones are referenced from the original items so they will match them exactly and also pick up any texture overrides you already have. Same goes for other overrides such as this rig edit (corner appliance placement).

Update 2016-01-31: Updated with a fix for the countertop texture of one island colour variant getting lost on the low LOD. Thanks to inrez for finding this!


Update 2015-07-29: Two small bars that also have these wood tops are now available here. I also kicked out the stupid countertop textures and made them all use the same ones yesterday; people who downloaded very early on might want to redownload.

Update 2015-11-13: Added a no-backsplash version of the counters, see the last two screenshots. These are a standalone package; you can use either the regular version or the no-splash one or both. See here for no-splash versions of the Maxis counters. 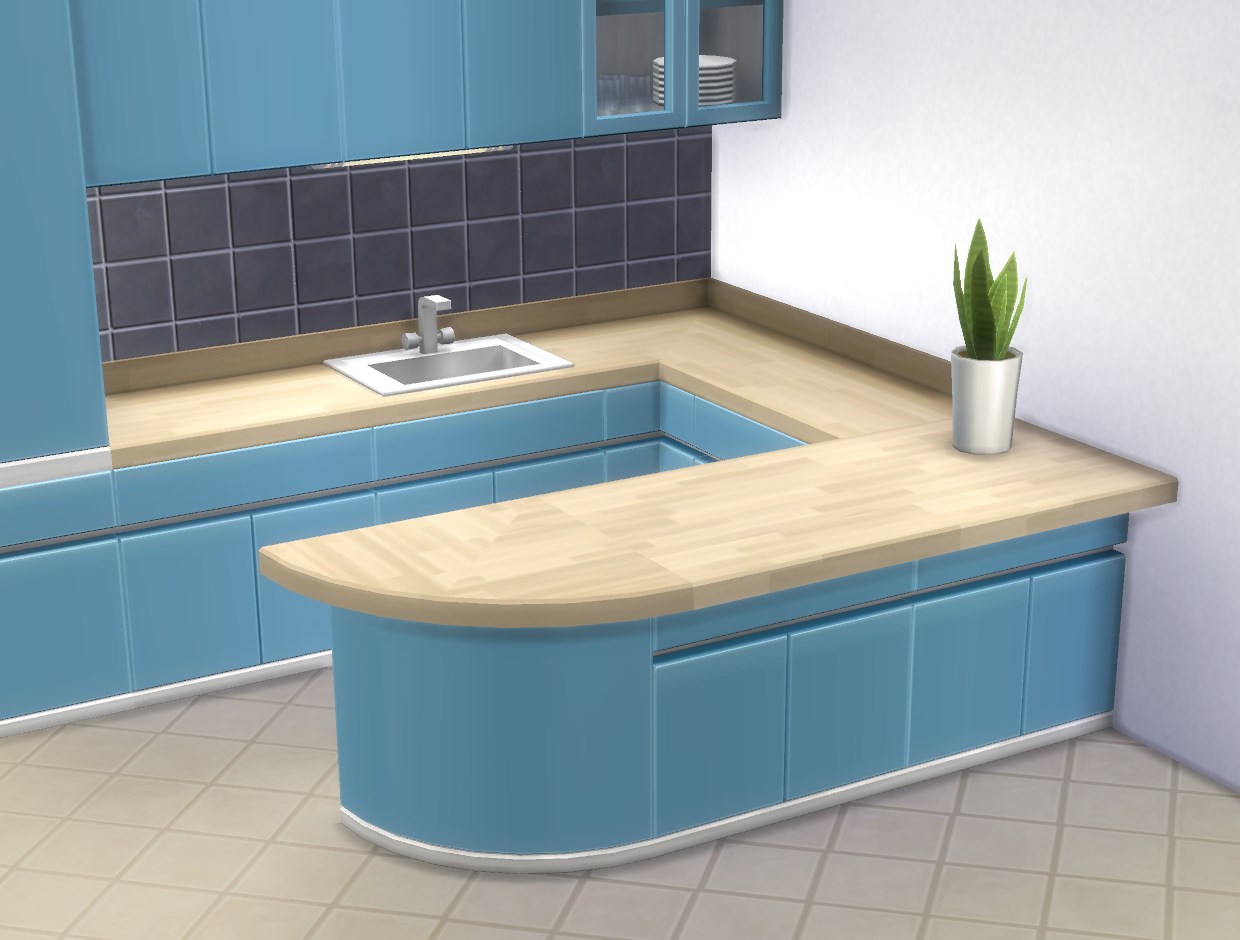 Three of the colour variants have a lightwood top, the other three dark wood; the texture is identical for each wood colour. The round corner/end parts aren’t seamless on my screenshots because I placed them “the wrong way around” as far as the game is concerned; it does the same thing with other counters too though.

Note that all screenshots are taken using texture overrides from this post which replace the umm .. non-top (body? bottom?) part of the pink counters and islands with green and of the grey ones with white; this is not included with this upload. I would also recommend to get the shader edit for the cabinets from that upload so that they will match the counters at all (this is also used in the screenshots). The tile panels on the screenshots are from here / here / here.


The counters and islands cost the same as the Maxis ones; I’ve put them in the same catalogue thumbnail as well. Note that due to them being in the same thumbnail, the game doesn’t understand when you switch *between* Maxis and mine with the in-world design tool; it will show the “old” texture until you let go and actually apply the one you have chosen. I made my swatches so that the countertop colour is at the top (i.e. the other way around from Maxis) and they also sort before the Maxis ones, to make this less ambiguous. (Didn’t really want to clutter up the catalogue with a separate entry when each one only has six colour options, that’s why I did it this way.)

To confuse you even more, my catalogue screenshot still has the default swatches for the regular counters. Ignore those, they look like on the island counters now (those are correct on the screenshot).