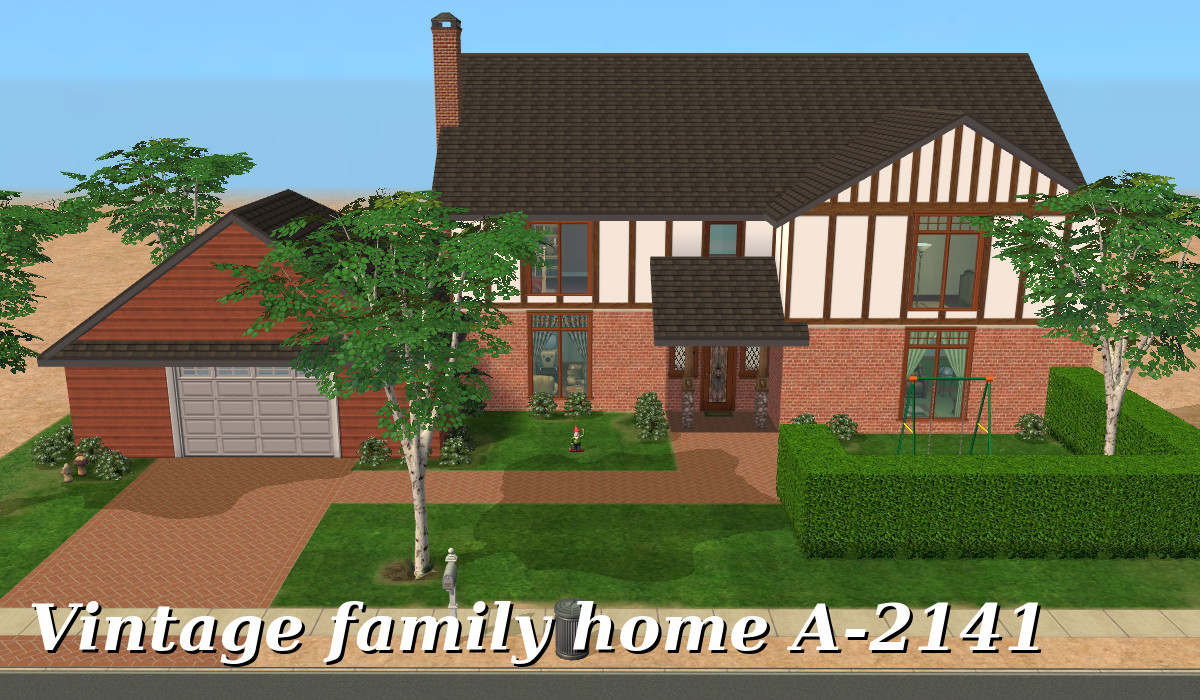 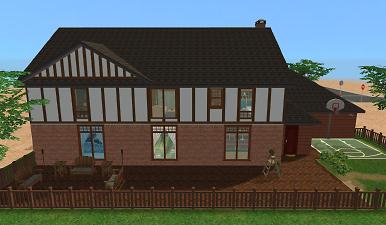 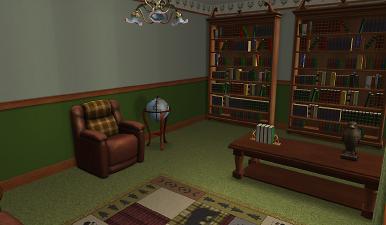 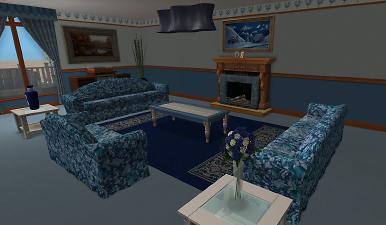 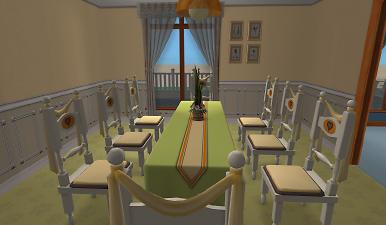 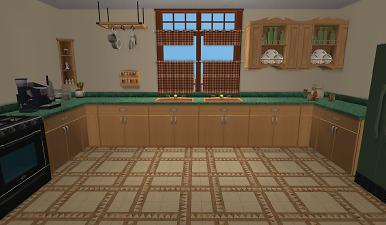 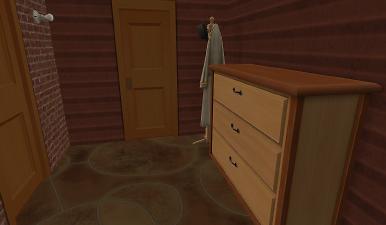 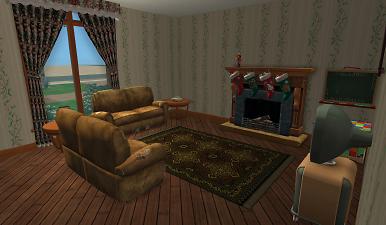 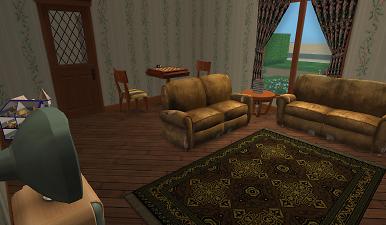 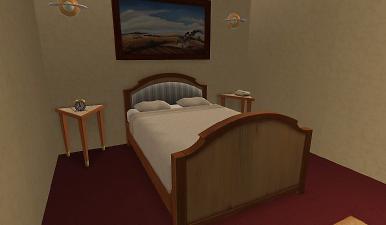 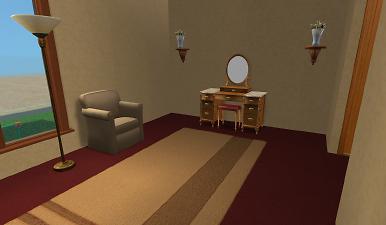 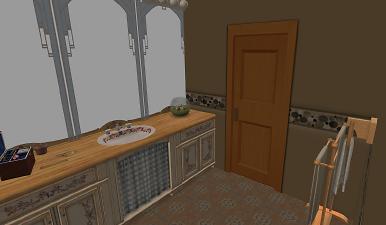 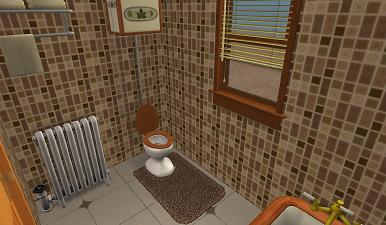 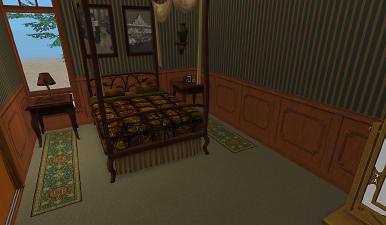 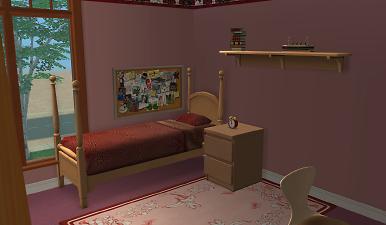 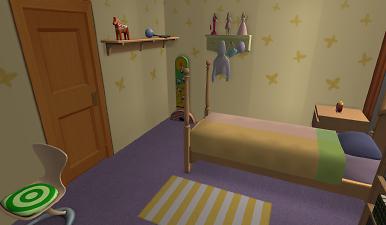 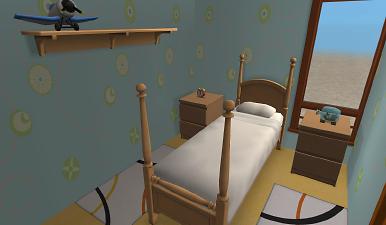 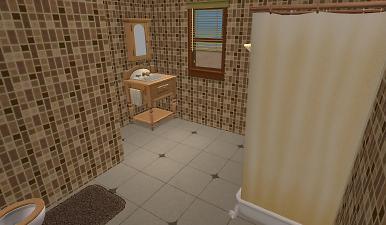 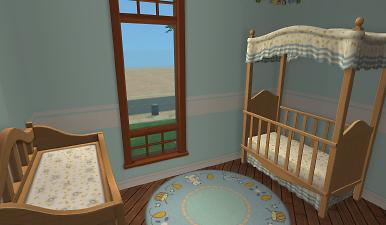 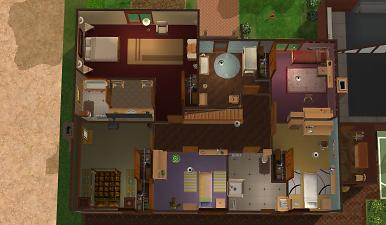 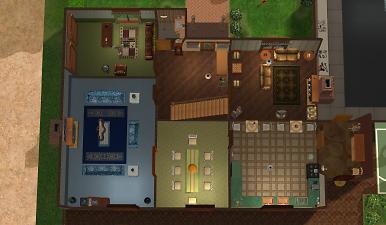 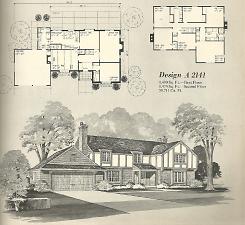 65 Thanks  Thanks     15 Favourited
Google is my friend.
When I looked up "vintage houses" this one came up and I fell in love - because it's got exactly the kind structure I wanted to build, with many separated areas for different purposes (which may not be as practical as a modern configuration but has beauty) and enough rooms for a large family (nowadays families are often smaller).
It was decorated in a rather vintage style. Only the odd electronical device or appliance (no computer, no microwave, etc. but there is a coffe maker and a large radio). For the same reason there is a fire alarm and phones, but no burglar alarm.
This house would fit nicely in a suburb with a few decoration changes.

This house was originally built with bricks. When the garage and mud room were attached they used cheaper materials, which is obvious in front and back pics. That difference is also noticeable inside both the garage and the mud room as those walls were not decorated, they show the raw material.
The garage has some workbenches and a door into the mud room. The mud room connects the kitchen with both the garage and back yard, it is simply a room where you can change your dirty clothes before getting in so your mother does not shout xD

The main entrance is in the front garden (with a swing for the kids and some bushes blocking its view from the street) and leads to a library as well as the large living room which is decorated in blue.
Visits may go from the living room directly into the dining room, with a large table for 8. The dining room is also connected with the kitchen where there are 4 seats for more informal ocassions.

Also right by the main entrance is the family room which is much smaller than the living room but actually where the family spend most of their time, kids playing there and way trodden sofas - but it does not mind cause it's not meant for the visits

Both the living and the family room have a chimmeney.

Bedrooms are found upstairs.
The main one is quite large and has an en-suite bathroom. It is decorated in what would have been considered modern and minimalist back then.
There is another large room with a double bed, decorated in a very classical style because it's meant to be for the grandparents. It also has the only TV in the house.
Other 3 bedrooms are meant for the kids so they have similar furniture (single bed, desk, bookshelf) but each is decorated in a different style.
And finally an small room is being used as a nursery.