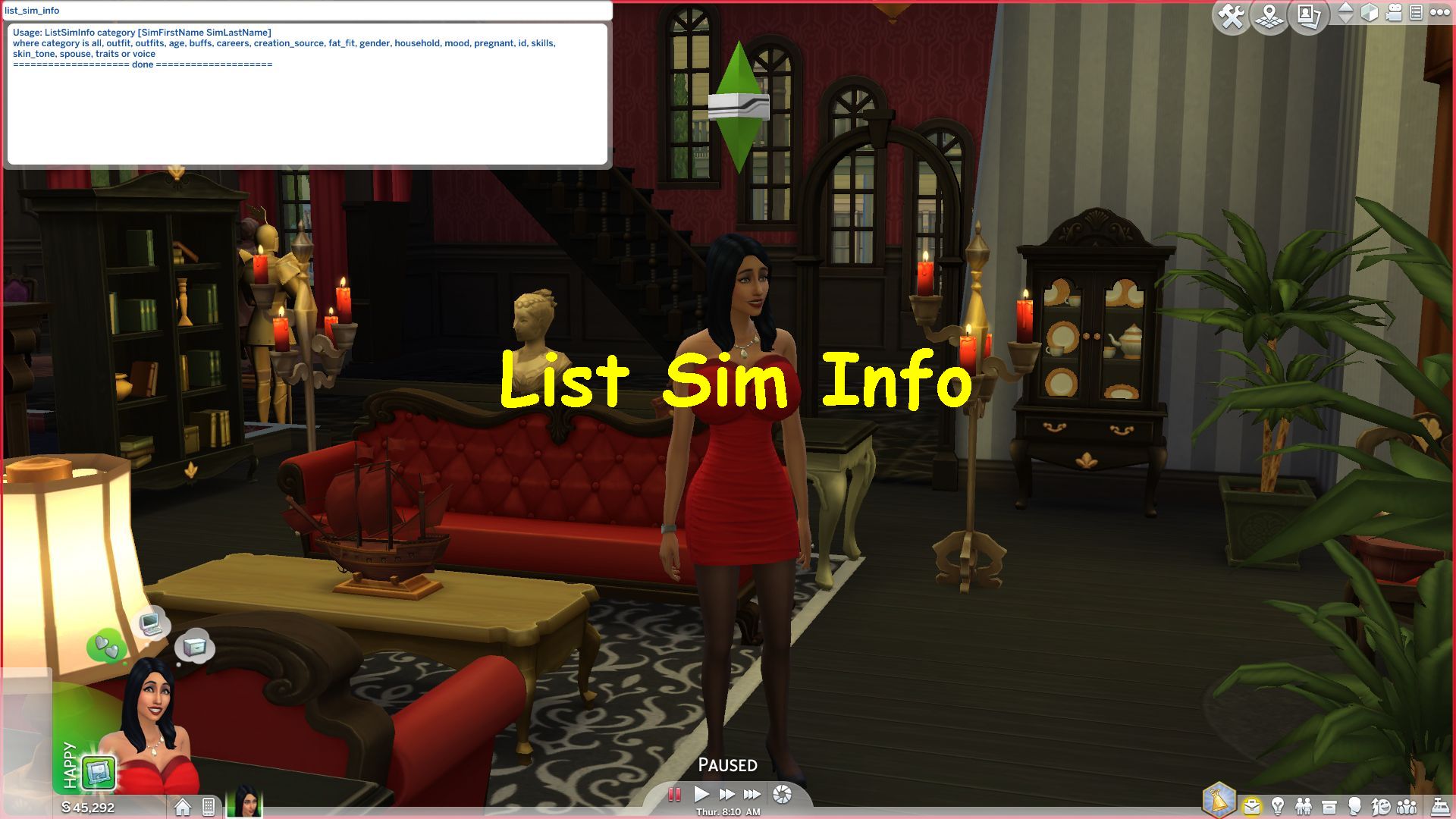 Created by Lynire View Policy / About Me View Downloads Home

Purpose
This lists some information about a sim. The idea behind it was to help with mod development and to easily answer questions about sims I see walking around such as "Do they have traits I like for my sim to get to know them?", "Are they from an in-world home?", "Are they an alien?", "Are they married?", "What outfit are they wearing?", "Is their hair and/or makeup the same across their outfits?" etc.

Install
See the "Install Instructions" tab for how to install script mods and assure they are enabled. You put the zip file into your mods folder. You do not unzip it.

Examples
This lists all available information for the current sim:

This lists help for using the command, which would commonly be used for seeing what all the available categories are:

Credits
Thanks to the MTS site for hosting mods and for their information on how to write mods. Thanks to itasan2 whose mod showed me how to get zone names and gender preference.