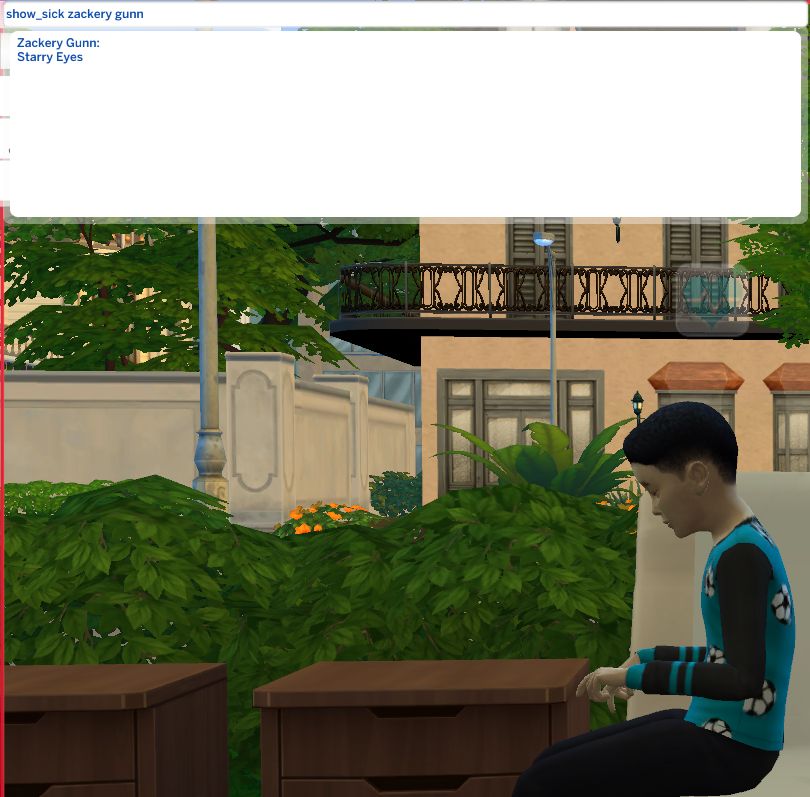 8,580 Downloads 232 Thanks  Thanks 86 Favourited 49,213 Views
Created by Lynire
View all Downloads
Uploaded: 22nd Feb 2016 at 1:12 AM
Reason for the mod
I wanted a way to make it easy to diagnose illnesses in the doctor career with Get to Work. I don't think you need Get to Work to use this mod, but there may not be much point to it without it.

What it does
This mod tells you what illnesses a sim has using the cheat console.


Note
I've seen the game do odd things such as not list any illnesses information, showing "Unable to find an illness" even though a list of illnesses is provided for diagnosis, or showing a child sim's illness with an illness that requires surgery but not listing that illness in the list of possible diagnostic choices, probably due to children not supposed to being able have surgery treatment. In cases like these, it is probably best to skip that sim in order to avoid a misdiagnosis.

This shows what illness the current sim has:

This shows what illness the sim named John Doe has:

Credits
Thanks to MTS for hosting mods and their information on how to write mods.
Other Information