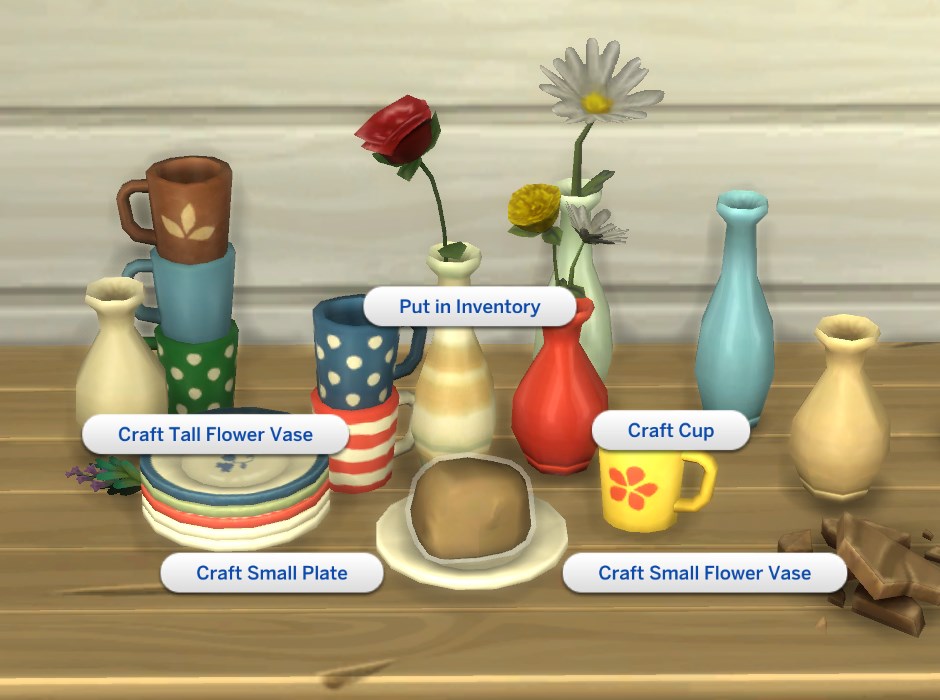 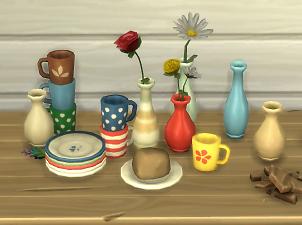 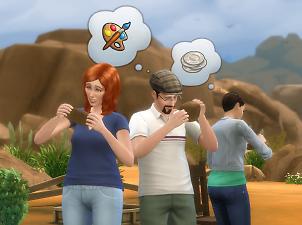 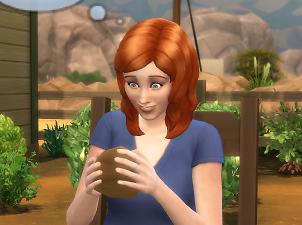 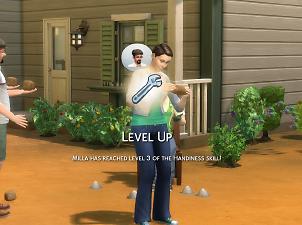 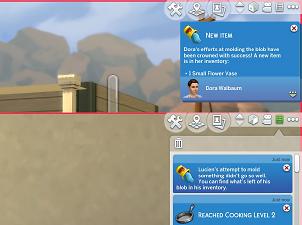 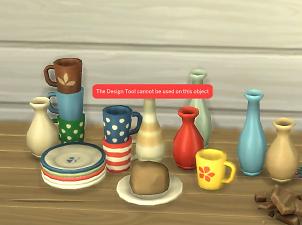 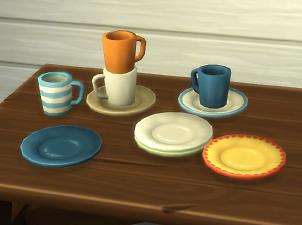 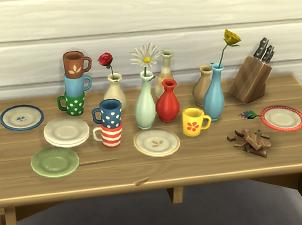 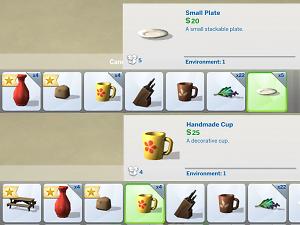 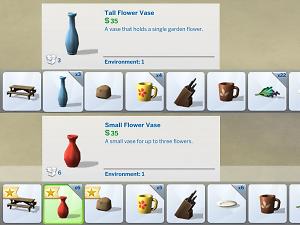 879 Thanks  Thanks     288 Favourited
This is a new mesh, and means that it's a brand new self contained object that usually does not require a specific Expansion pack (although this is possible depending on the type). It may have Recolours hosted on MTS - check below the description for more information.
A new kind of craftable that sims can make in-game: buy a blob of clay, mold it for a while, and get a small craftable in return (or fail and get a pile of shards).


Update 2016-01-06: Re-uploaded with Dutch localisation added. Thanks ElenaInTheSims!
Update 2015-12-20: Re-uploaded to include the missing strings for languages other than US-English (oops). Thanks for the heads-up! The blob costs 25§ and is in Hobbies > Creative (this is a different blob than the Maxis one, it only looks the same). Sims gain a little bit of fun and Handiness skill from using it; they also have vaguely appropriate thought balloons while doing so. They will put it in their inventory when they stop molding but aren’t done yet.

There are two possible outcomes, success (the blob goes poof and the sim has the item they were crafting in their inventory) and failure (the blob also goes poof, but they only get a pile of shards in return ‒ currently the Woodworking “fail” pile for small statues). High Handiness skill, the Creative and Creative Visionary trait, as well as Focused and Inspired moods bend the chance towards a successful outcome; the Clumsy trait and Stressed, Angry, Uncomfortable, Sad, Dazed moods detract from it. This varies a little between the objects (e.g. for the Flower vases, the Inspired trait is more useful than for plates; on the other hand Focused is more useful for plates than for vases since I consider molding plates more boring).

Other than that, the interactions are time-based (randomised min and max time; the minimum time is lowest for the plates and highest for the vases). Sims can socialise while molding the blob, so they are not always super effective at getting anything done =P .. but this is meant to be a hobby anyway, not a money-making scheme. With a maximum profit of 10§ for the vases, the latter would be a little difficult anyway.

Molding does not have a Resume action; progress gets stored nevertheless (you just need to re-select the interaction again). It doesn’t matter whether or not you remember which interaction it was, as the progress simply counts up to 100 (this means it is possible to start a plate and finish a vase).

Plate and cup are stackable (the plates can also be used to put other small deco items on them, like candles or plants); the vases can hold gardening flowers (the small vase is basically this one in more colours, the tall one is, well, taller, and only holds one flower). On the “objects_overview” screenshot the flowers still sit a little too low in the vases, but I fixed that afterwards ‒ the first two screenshots show the vases as uploaded.

Note that the items are not recolourable in game; this is on purpose ‒ they are somewhat colour coordinated and many of them also match the Functional Tea Pot I made, but in order to have a really matching set or collect all of them, sims will have to make a lot of pottery. Plates are weighted 3:1 towards plain white plates, cups and vases are random. I like that kind of random element, that’s why I made it work like this.


Made and tested with game version 1.13.


Known issue: The fade-out of the blob when it disappears (i.e. after an item has been crafted, not when sims just put it away to do something else) is not timed very elaborately ‒ most of the time one can still see the blob sticking to the sim’s hand while it fades. In my game the animation seemed to hang for a bit when I turned off visibility earlier than it is now, that’s why I left it like this.

English, Dutch (ElenaInTheSIms), French (MiniMimi), Spanish (gato_24). Thanks for the contributions! If you want to add another language, see this tutorial on how to translate existing mods.


Terms of Use: Since this was asked in the comments, I really want these objects to be obtainable only by crafting. I would like to ask that people do not distribute clones (copies) in public that have been made buyable or copyable in game -- you can of course edit them for personal use or share them privately, but please do not share “cheaty” edits in public. Thanks.

Need more information?
Back to download view
61 Comments / Replies (Who?)