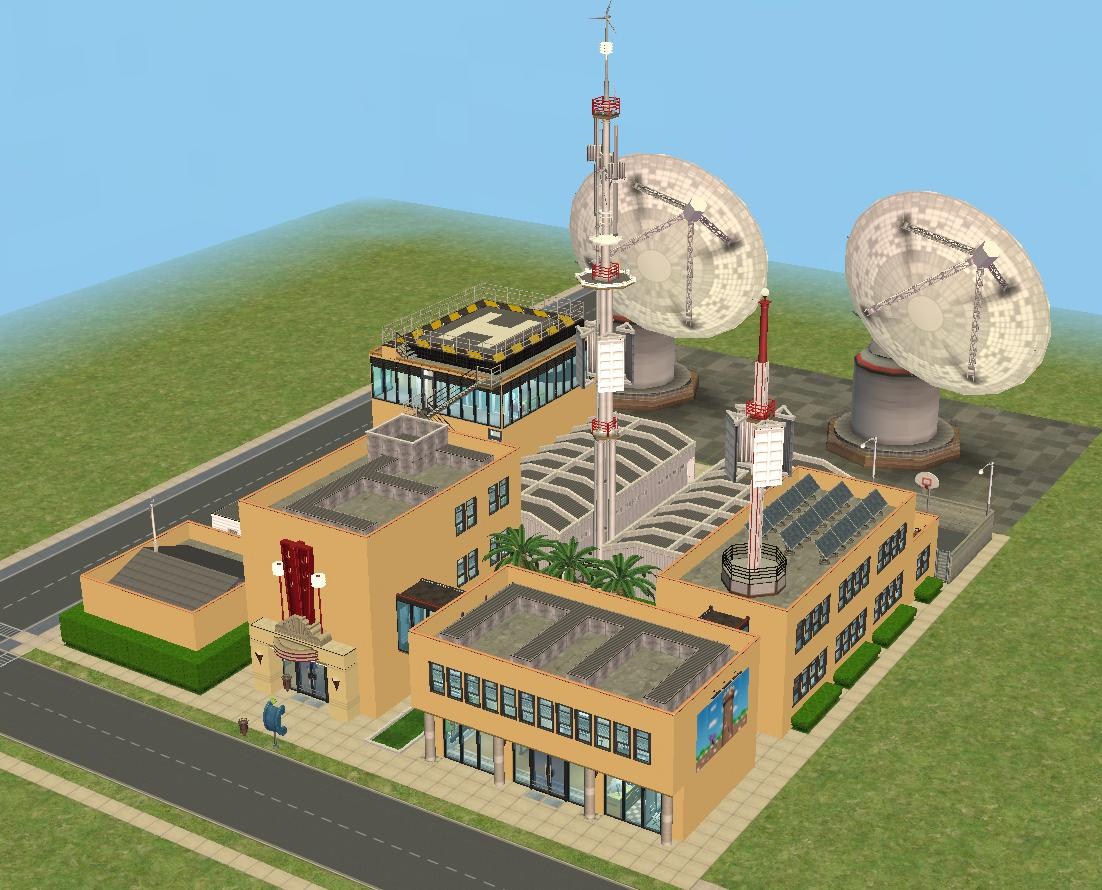 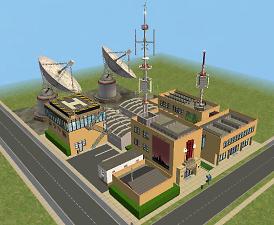 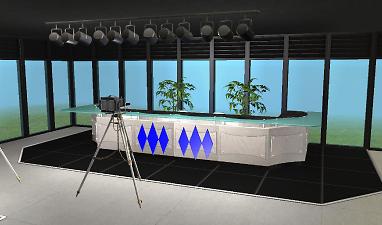 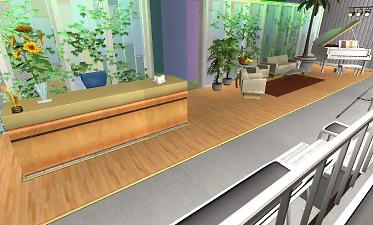 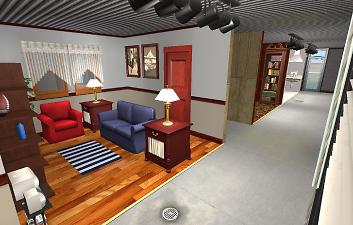 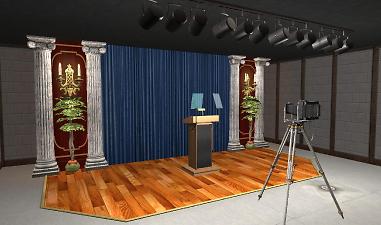 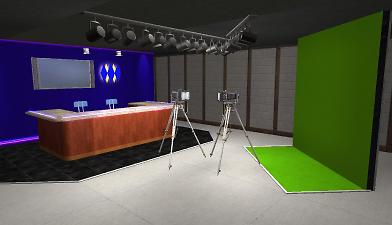 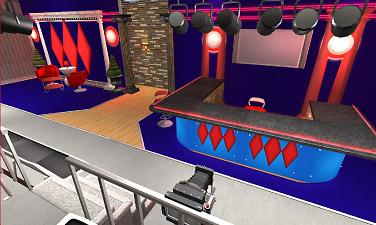 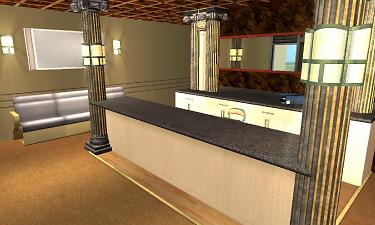 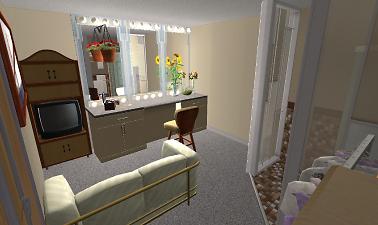 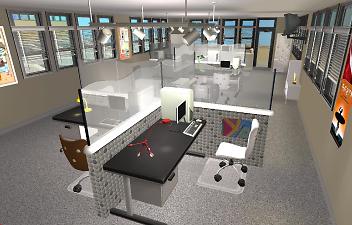 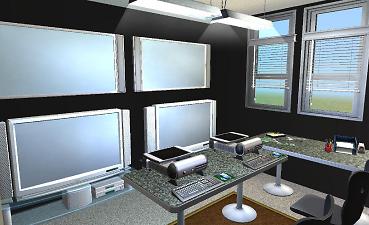 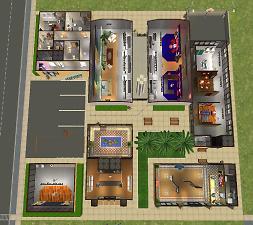 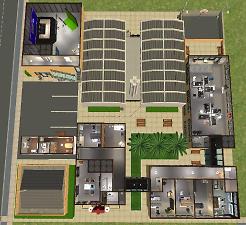 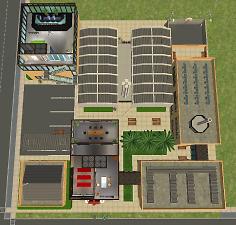 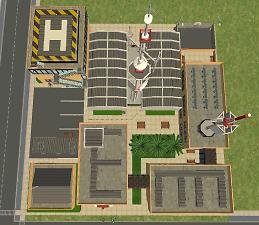 4:00 - 10:00, our Simmy-Award-winning morning news program, The Day Ahead takes a look at the current state of affairs in SimNation, from the trends shaping our economy, to the performance of the nation's sports teams, and even the latest in entertainment news.

10:00 - 12:00, daytime talk-show Skye's the Limit host Susan Skye will be interviewing Sims' Choice award winner Pritchard Locksley on his new Miniopolis Studios film, Abscond with the Breeze, as well as featuring an appearance by the chart-topping group Only Sims.

12:00 - 3:00 will be the latest episodes from our daytime dramas, including As The Heart Beats, on air since SBN's first broadcast. Today, can Dr. Faye Slift deal with a plastic surgery operation gone wrong? And will Dr. Benjamin Dover be able to deal with his new beau's strange new personality?

3:00 - 6:00 will be nationally syndicated rebroadcasts of several of our most popular prime-time dramas and comedies.

6:00 - 7:00, our Primetime news bulletin Here & Now will feature an interview with SimNation political leader M.T. Promiss, as well as a look at the top stories of the day.

10:00 - 12:00, we close out our broadcast day with the late-night comedy of Off The Air with Alec Laffing. After daily programming concludes, syndicated rebroadcasts and commercial programming will be on air until the next broadcast of The Day Ahead "Hi, are you here for the 9:00 studio tour? Fantastic! It's wonderful to meet you! We'll start off with a quick visit to the set of Skye's the Limit just so we can see it before her show starts today, if you want to follow me out back here!"

"As you can see, our operation here has expanded since this studio was first built- several of our soundstages have needed these new buildings constructed to house them. Now, once we go in, I will need you to stay off the set itself, since they'll be performing lighting and microphone checks, but you'll still be able to see everything just fine! I'm sure you'll all recognize the desk where Ms. Skye starts her show, and the little seating area off to the side where she interviews her guests. Just think, today Pritchard Locksley will be sitting on that very couch!!! Ahem... sorry, sometimes I get a little excited by some of the guests we have here. Forgive me... we are moving on now."

"If you'll follow me, we'll take a look at the special events soundstage next. It's just behind the security office trailer here. We can actually change out the sets on this soundstage fairly easily, depending on what events or performances we're going to be playing host to... Tonight, one of our national political figures, M.T. Promiss, will be laying out the framework for his next campaign, so we have our official government address stage set up, if you'd like to take a quick look! We're still waiting on his speechwriters to get us the TelePrompter copy of his speech though... I hope it's here soon- you all remember the fiasco last month when the speech started and the Senator just stood there with a blank look on his face for 5 minutes? That was so funny! But of course, not good at all... ahem." "OK, the morning news should be just about finished at this point, so we'll head over to the News & Information building. The first floor is almost entirely given over to dressing rooms and greenrooms, so we're sadly not able to take tours through there, but we'll just take the elevator up to the second floor and check out the evening news soundstage, if that sounds good to everyone. Good? Fantastic! Here we go!"

"And here we are! Not as big as most people usually expect it to be, really... but it doesn't need to be, does it? Here you have the desk where our anchors sit, and then behind them, the screen that we can cut to on-location reporters with. Usually if you're watching at home, they'd just show you the feed from the on-location crew, and that's something we do in the production booth that we might be able to take a look at later. Here on the other side we have the greenscreen that our weatherman Claudio Vernight presents in front of, and again, we're able to add in the weather map in post-production. Now, let's head upstairs again, and we'll check out the morning news studio!"

"This one is a little more impressive, wouldn't you say? And that view is real, too- that's the genuine SimCity skyline out behind our morning anchors- no post-production work there! Of course, we also have a greenscreen for the national weather reports here too, and then as you know, we often hold a portion of the news broadcast out in the plaza downstairs, talking with some of the wonderful folks waiting in line for Skye's the Limit and mixing up our locations a bit! We'll head downstairs now ourselves, and we can actually go see some of the filming for today's broadcast of As The Heart Beats! Does that sound like fun to everyone? Fantastic!" "It looks like they're filming one of the home scenes at the moment. We can go in and watch, everyone just please keep very quiet- if we're disrupting the filming process, we'll be asked to leave. You can see though, each set can be moved around a little, so they're able to get them positioned properly. Of course, not everything in here is real- that TV is just a cardboard prop, see? And as we move down here to the doctor's office, those radiators aren't hooked up to anything, and all the books on those shelves are blank. Of course, I'm sure it won't surprise any of you to learn that the surgical suite where so much of the show's drama happens isn't actually a hospital either... but some of the props we use are the same things you'd find in a hospital (although obviously the dummy on the table is just a stand-in for the patient in whatever episode!) It looks like those are the only soundstages they have out right now though, so let's move on."

"Our last stop on this tour is the late-night stage. Mr. Laffing actually designed quite a bit of this himself- he wanted a very specific feel to his show, and with it being the #1-rated late-night variety show in SimNation for 4 straight years, I think we can say that he got it right! You can see the desk where he gives the monologue at the start of each show over there, and then the interview area on the far side there, for the show's guests. I don't remember who he's going to have on tonight, but it's always sure to be hilarious! I love this show!"

"That brings us to the end of our tour today, sadly. I wish I could show you some of the upstairs production offices and newsrooms, but I'm hearing that there's a breaking news story they're working on right now, and they've closed the upper floors to the public. Sorry about that, but I hope you enjoyed seeing a little bit behind the scenes of some of your favorite SBN programming! It was fantastic to meet all of you, thanks for visiting, and be sure to stop by the gift shop before you leave!" I try to find something creative to do with my descriptions whenever possible- in this case, I didn't have much beyond the puns in the day's schedule, so I thought I was going to be stuck with just a boring tour of the lot, when it occurred to me that if I was just going to be writing out a tour of the lot, I should actually write a tour of the lot, in-universe, complete with annoyingly enthusiastic tour guide! I hope it came across well enough (and while that tour didn't get to go into any of the upstairs offices, there's plenty of pictures of them in the screenshots for you to check out yourself!)

Since the lot is mostly just 3 stories and a roof, it didn't seem really worthwhile to take screenshots of every single level up to the top of a 12-story broadcasting antenna, so the floorplan shots only show the first four levels, and then I took closeup pictures of both antennae if you needed a better look.

The tops of the Quonset Huts for the two larger soundstages are done with CFE, so they're tricky if you're trying to do any remodeling there, but everything else should be pretty straightforward. It may be kind of tricky to alter the tops of the antennae just because they're so tall and narrow, but they're all on normal levels once you're actually up to that height.

As always, I tested a clone of the lot before uploading it, and didn't really see any glaring issues, but if you come across any in your gameplay, please let me know!

Also, as with everything I make, there's no CC anywhere on this lot. That being said, I will award 3 billion imaginary bonus points to anyone who uses the sets on this lot to make a new CC television news channel for Sims to watch in-game! You absolutely have my permission to use the various sets here to put that together!

Additional Credits:
The exterior of this lot is copied in large part from the Television Studio from SimCity 4, so credit for its general design is due to Maxis.

Late to Bed with Felicity Maynard