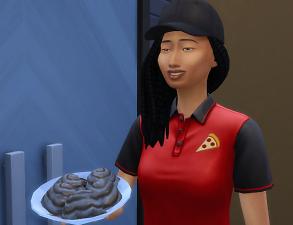 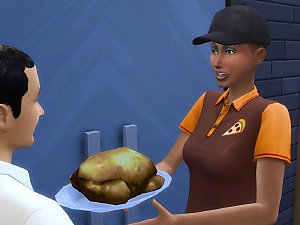 106,109 Downloads 874 Thanks  Thanks 390 Favourited 149,915 Views
Picked Upload!   This is a picked upload! It showcases some of the best talent and creativity available on MTS and in the community.

Reuploaded because a bug in the first version annoyed me so much, I took down the mod, it's back up again now!

These two new services deliver food to your sims!

Both of these services have a 30 simoleon delivery charge on top of the food price.

Get Together and Outdoor Retreat foods show up in the food list, if you have the packs.

Changelog:
v1.2 Added translations made by wuccwzt ,Ele88, ElenaInTheSims, and HerrSims for the mod! The new languages supported are: Traditional Chinese, Italian, Dutch, and German! Also squashed another instance of "Plate stuck to wrong plate" bug.

v1.1 The previous bug where left-handed sims took the food incorrectly has now been fixed!

To Install, simply extract and put in the two files in your mods folder. Make sure Mods and Script Mods are enabled!

This mod breaks and needs to be updated if:
EA adds more services to the phone menu
EA changes the pizza delivery situation
EA changes the "take_pizza" interaction

Additional Credits:
Thanks to the following simmers for translating my mod! Thanks to: wuccwzt ,Ele88, ElenaInTheSims, and HerrSims, for their translations for the mod.
Thanks to Scumbumbo for helping me on my earlier mods, I wouldn't have made it this far without him helping a lot!
Scripthoge's injector
The simmers behind s4pe
TheSimKid for extracting the instances of pictures for use in the mod
Plasticbox's help in making the mod as bug-free as possible
Everybody who has downloaded my mods, and that includes YOU!
Files Need help with downloading or installing content? Click here!