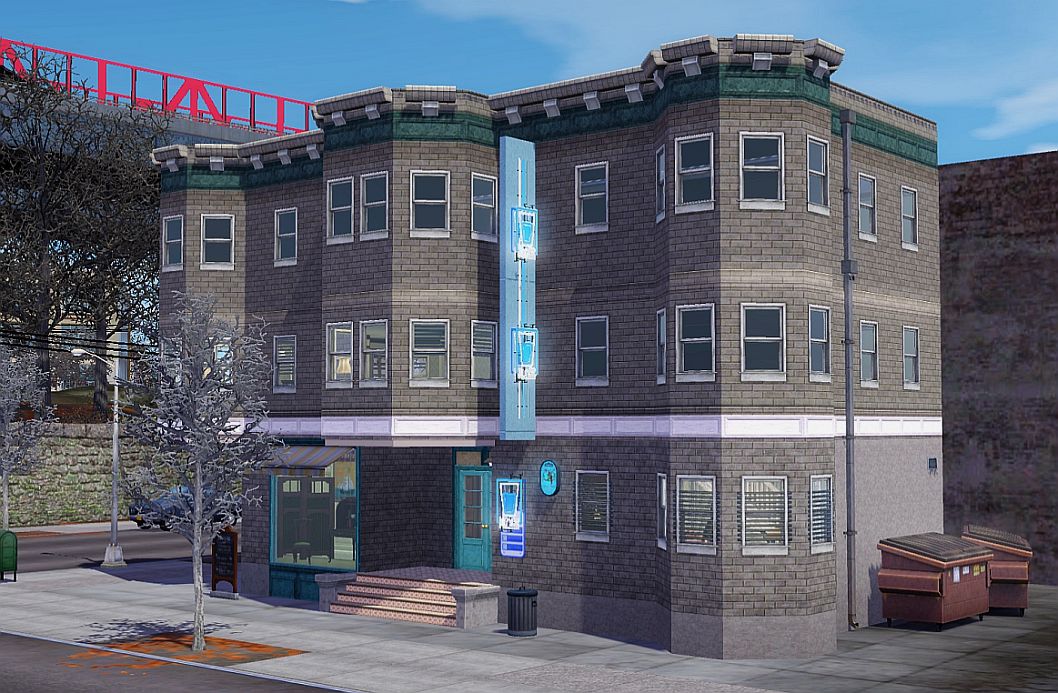 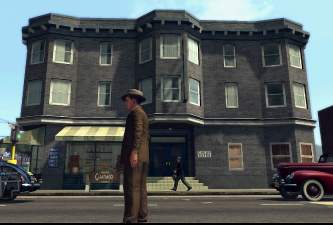 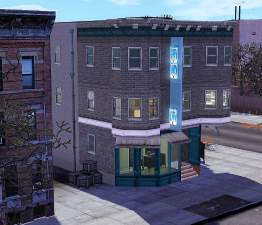 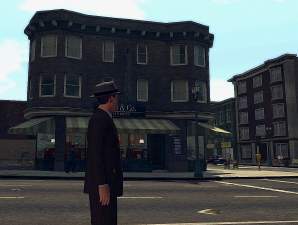 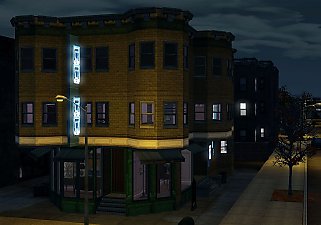 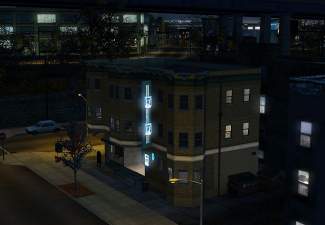 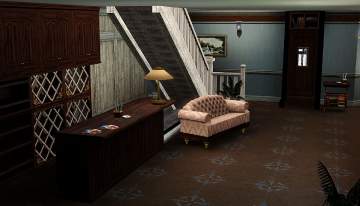 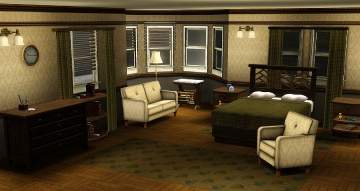 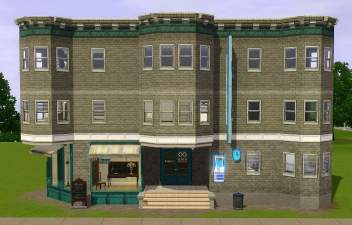 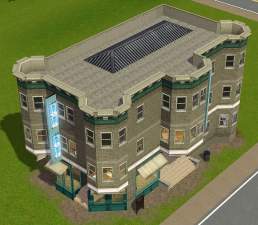 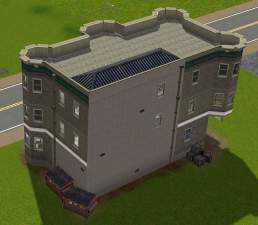 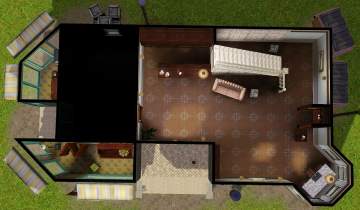 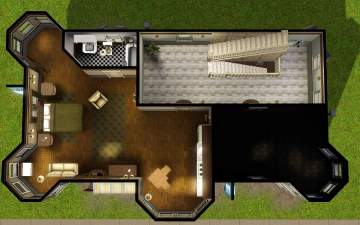 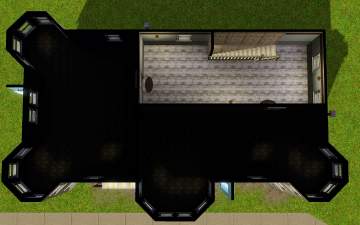 70 Thanks  Thanks     23 Favourited
I needed some quick and easy starter residentials in my Boroughsburg savegame, and I decided to use the exterior of the seedy cheap Hollywood hotel from the videogame L.A. Noire, namely the Hotel El Mar. According to the receptionist guy: 'This isn't the sort of place where people use their real name' when they check in, so I thought it would fit into Boroughsburg 'nicely', and I liked the exterior anyway. This is a Late Night-type apartment building (have to be placed on Residential/Regular), which is disguised as a vintage, '40s-style, noir-ish hotel, with a reception hall, 'public phone booth', and a studio hotel room with kitchenette + 1BA for the active household. Three more darkened units for NPCs. Almost entirely decorated as if we are in the '40s - the only exception is a notebook I placed in the public area, but if you want to play vintage, you can replace it with a CC typewriter, of course. The active living area is only a hotel room, with basic furniture, since I wanted it for starter singles or couples who can't afford having too much stuff. The store downstairs is decorative only, with black walls and a public room marker (to prevent sims being stuck there). Of course, this apartment can not only be used in Boroughsburg, it's suitable for any historical urban downtown area, pre-war style small towns, maybe even in Roaring Heights. I didn't use much terrain paint because I mostly use it in Boroughsburg and that world is properly urban-looking-terrain-painted everywhere.

Additional Credits:
- to Jje1000, the creator of the custom world Boroughsburg that can be seen on my pics;
- to the art design team of L.A. Noire for the exterior, and for heavily influencing the interiors as well.

If you need more info, see Game Help:Installing TS3 Packswiki for a full, detailed step-by-step guide!
Back to download view
15 Comments / Replies (Who?)