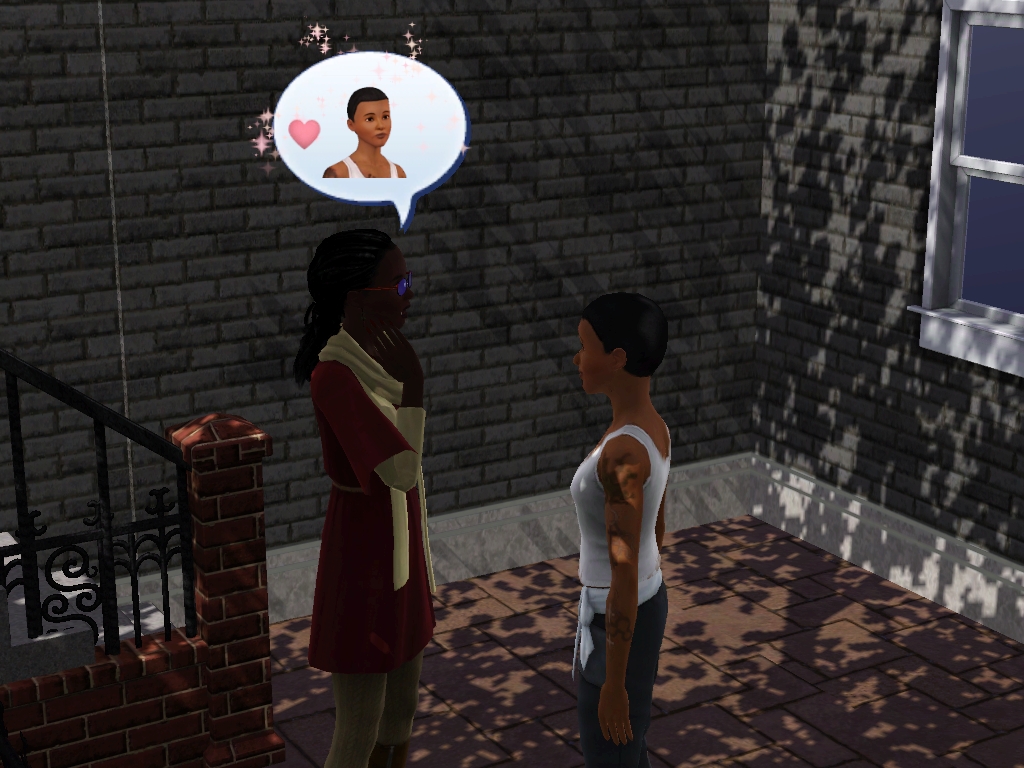 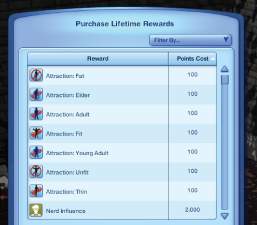 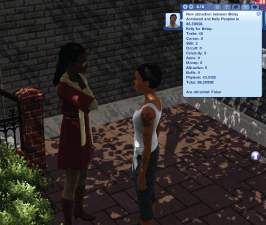 4,870 Downloads 115 Thanks  Thanks 60 Favourited 22,854 Views
Created by lizcandor
View Policy / About Me View all Downloads
Uploaded: 7th Jul 2021 at 5:18 PM
Updated: 2nd Jan 2022 at 9:06 PM
Mods with custom traits can make saves unplayable if you don’t remove them correctly, so follow the instructions in the Removal section when you want to stop using this mod!
Bugs and Updates

Added French translation courtesy of SecretX!
Summary
This mod uses the attraction system to make romance make more narrative sense! These changes can make romance a lot harder to achieve and sustain, so you may need to adjust the tuning to your tastes.

Documentation
Attraction has been altered so that: 1) sims will reject all romantic socials from anyone they don’t find attractive (which will make romance much harder, and may spell the end of existing romantic relationships), 2) most sims with committed partners are unlikely to be attracted to anyone other than their current partner(s) and romantic interests, 3) attraction scores between pairs of sims are updated (at most) every two hours, instead of only when they first meet, and 4) attraction can be asymmetrical (sim A is attracted to sim B, but B is not attracted to A).

Barrier To Autonomous Affairs
Sims who should be satisfied with their current relationships (sims whose relationships with their exclusive partner or partners are above the neglect threshold, and who don’t have the Flirty, Commitment Issues, or Inappropriate traits) get a penalty on their attraction to any sim who’s not already a partner or romantic interest of theirs.

Additionally, most sims (all but Inappropriate sims) will see the family, friends, and enemies of their current partners as Off-Limits for romance in the RelationshipManager system used across my relationship-related mods, and will get an attraction penalty with Off-Limits sims.

Attraction Scoring
Attraction score updates are triggered when sims interact with each other. Updates involving a member of the active household are allowed to happen every 2 hours; updates between inactive sims can happen every 24 hours.

Factors contributing to sims’ attraction scores include:* Same tuning as in the un-modded game.

Some bonuses and penalties now depend on sims knowing the relevant information about each other. For example, a Shy sim wouldn’t get any extra attraction to a Loner sim if they don’t know the Loner has that trait yet; a sim who believes in astrology wouldn’t get a compatible sign bonus or incompatible sign penalty until they learn what the other sim’s sign is; and career attraction doesn’t apply if a sim doesn’t know what the other’s job is.

You can make the mod update and report the attraction score between two sims by using the “Update Attraction” interaction on the sim you want to learn about. This is a debugging interaction and is normally hidden, but it can be made visible by entering the cheat “allowManualAttractionUpdates”.

Traits
This mod adds a set of custom traits used in calculating attraction scores.
Hidden TraitReward Traits
Tuning
All the tunable values in the mod are here. The tuning for types of attraction that exist in the un-modded game has not been changed, so those values aren’t listed, and this mod is compatible with any other mod that tunes those values.

Instructions
Installation
There are two packages in the downloads section, lizcandorAttraction and lizcandorCommon; install both. If you’re using any of my other mods that require lizcandorCommon, only install one version of the lizcandorCommon package: they’re all the same and you don’t need duplicates.

Activation
Before the mod is activated, all it’ll do is prevent its traits from being added to any sims. To activate it, enter the cheat "activateAttraction”. The mod will stay activated when you travel between worlds within a save, but should not carry over between different saves.

Removal
To deactivate this mod, enter the cheat "deactivateAttraction” in every world you've visited in each save you’ve activated the mod in. The deactivation cheat removes the mod's custom traits from all sims in the current world; if you don’t do this, your save may not be able to load without the mod installed (see Arsil’s Custom Traits Manager for details).

If you're deactivating the mod but not removing it from your game, you'll still need to quit and restart to fully undo the changes it makes.

Compatibility
This is a pure script mod, and as such it should not conflict with most other mods. There are a few caveats for NRaas Woohooer, though.This mod is compatible with attraction tuning mods, and I recommend using Fentonparkninja’s Retuned Attraction System mod to make the increased difficulty of attraction in this mod more manageable.

And finally, this mod was built and tested on patch 1.69, and may not work on previous patches.

Thank you!
To heaven for the lot used in the photos
To Arsil for the custom trait manager and tutorial
And to MissPat for testing once again!
Other Information

You need both lizcandorAttraction and lizcandorCommon in your game for this mod to work. If you've already got a lizcandorCommon package from one of my other mods, though, you don't need to download it again here.