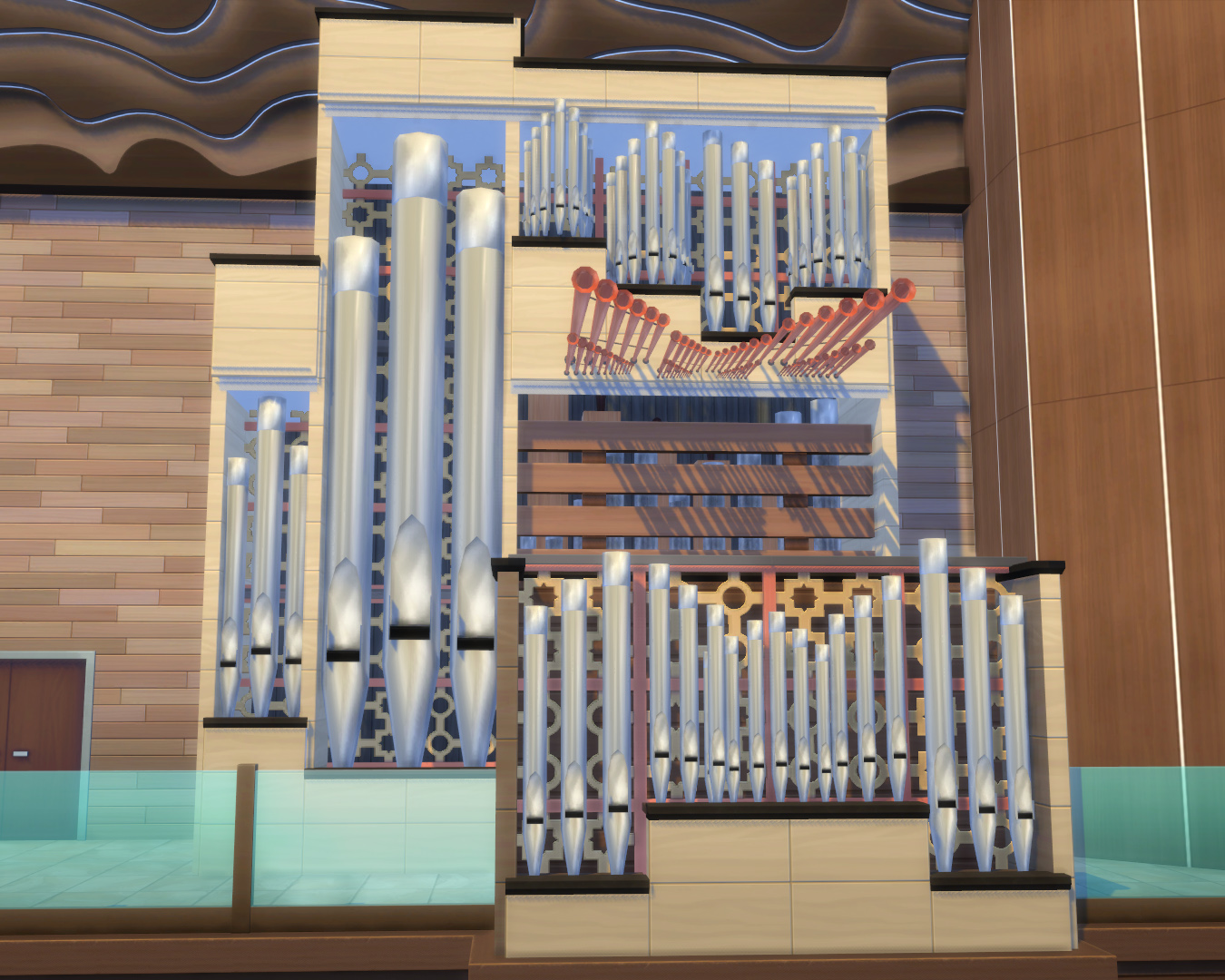 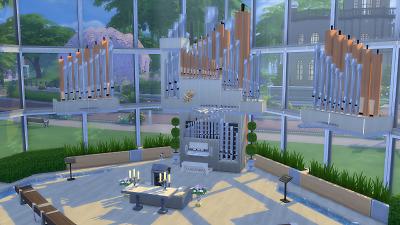 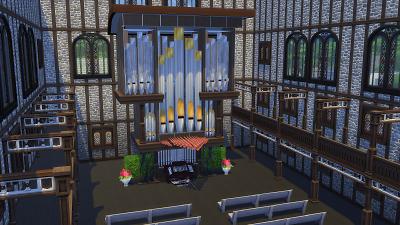 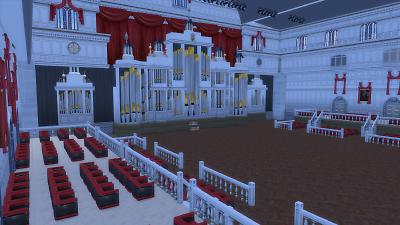 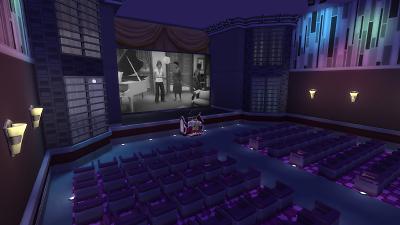 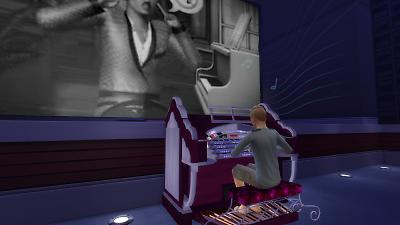 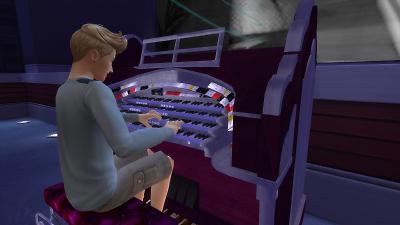 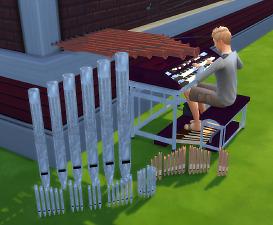 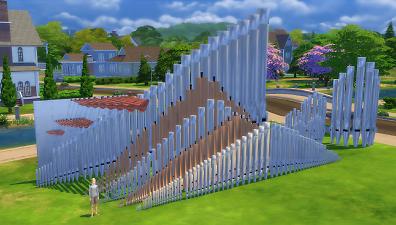 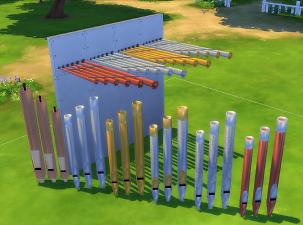 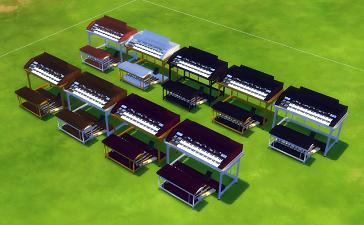 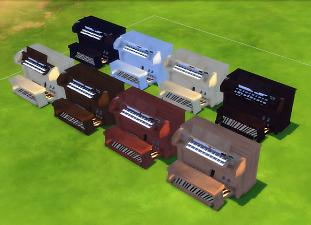 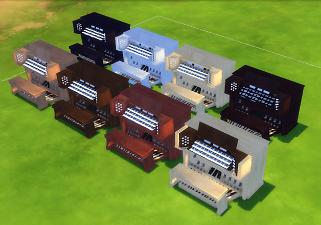 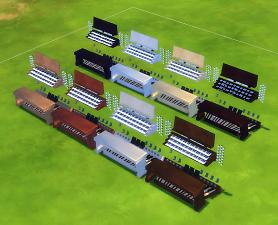 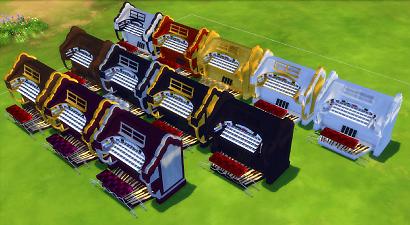 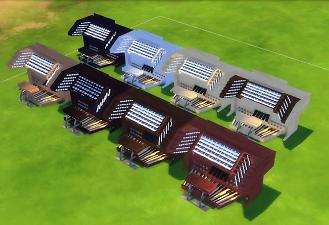 13,374 Downloads 169 Thanks  Thanks 75 Favourited 44,634 Views
Picked Upload!   This is a picked upload! It showcases some of the best talent and creativity available on MTS and in the community.
Created by Alexander.Chubaty
View Policy / About Me View all Downloads
Uploaded: 22nd Mar 2017 at 7:01 PM
This set is an adaption of my previous modular pipe organ that I had made for the past games. I didn't originally plan to make this set in its third version (7 years after that last one, and 10 years since the first), but then they went and put an actual pipe organ and pipe organ skill into the new Vampires pack and I decided, "Well I don't have much of a choice anymore"!

So here is the third version of my modular pipe organ for The Sims 4. Most of the meshes are still the same (they've held up well in 7 years), but there are many changes and fixes as well, including a re-tooling of the pipes, higher quality textures, improved texture mapping, as well as a couple new additions.

The set includes 17 different pieces of pipework, the lowest number yet, and still, these 17 pieces will be more versatile than anything before. They are all scaled down to a near impracticably small size, but they're designed to work with the game's scaling system ( [ and ] ) so the sky is quite literally the limit.

Here are the 17 pipework pieces at their original size: 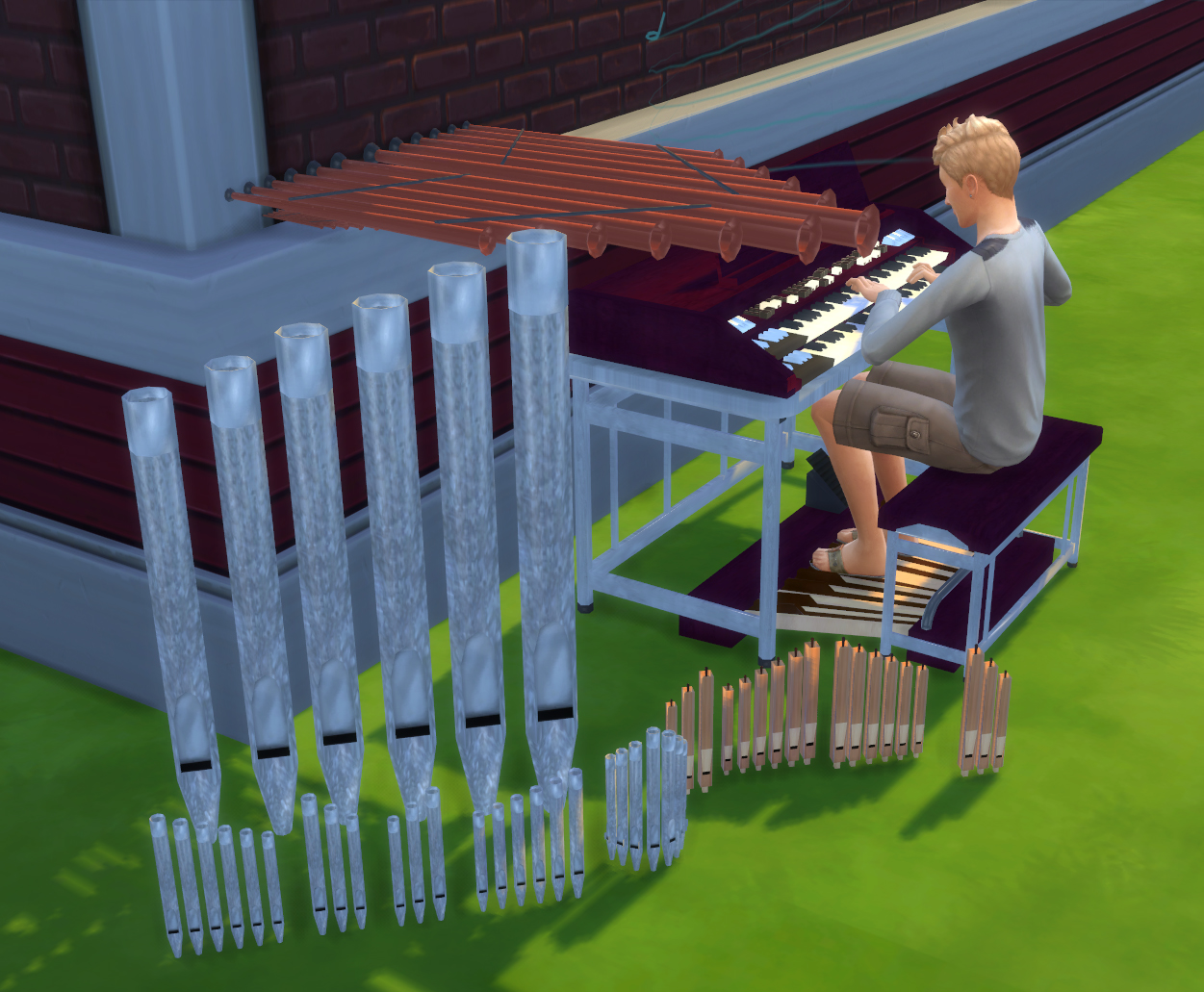 Here are those same 17 pieces laid out using the game's scaling system: 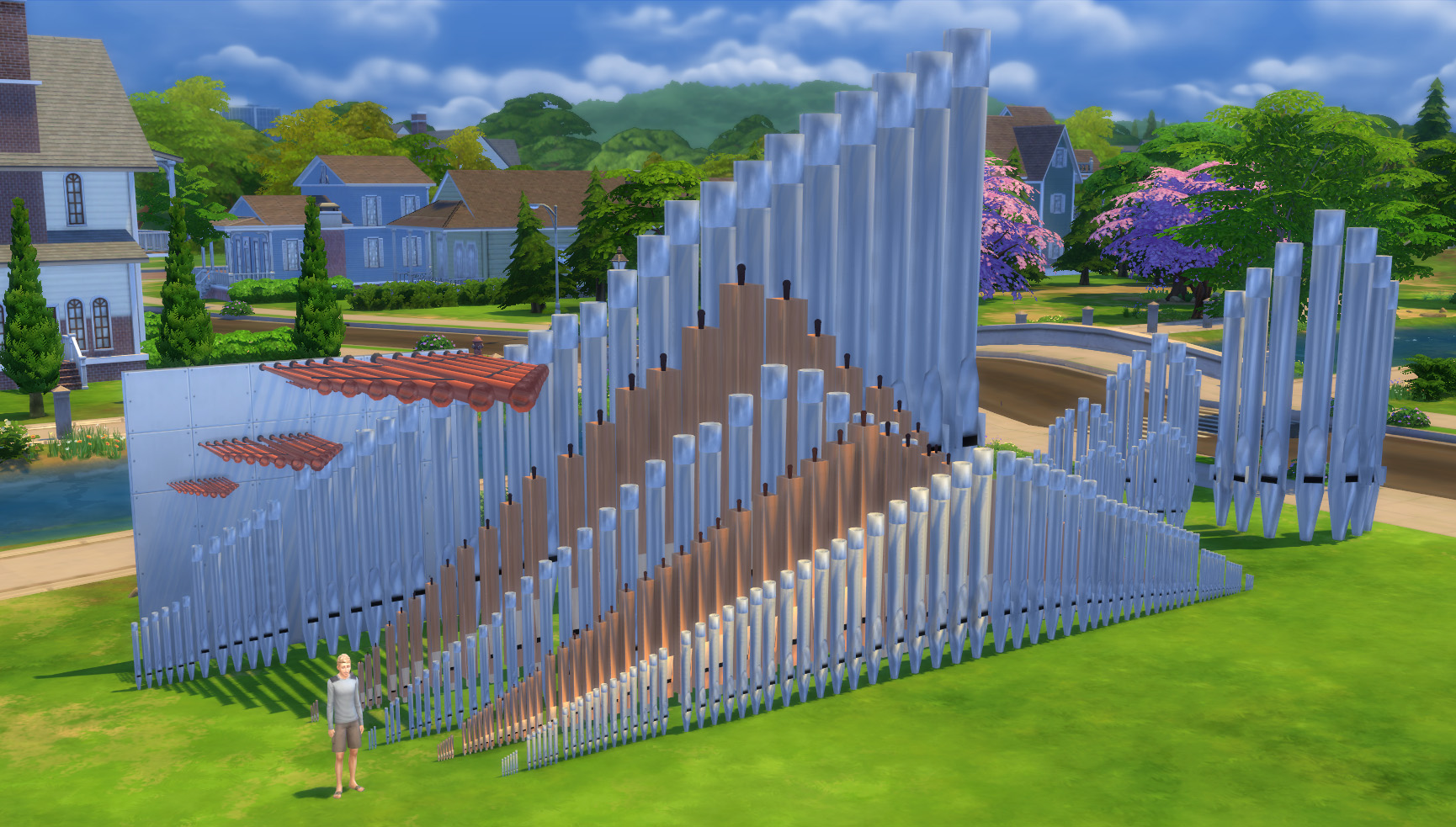 These pipes are extremely versatile not only in size, but with the game's architecture system too. By using half walls, shelves, free placement and rotation (ALT), moveobjects, the scaling system ( [ and ] ), and the vertical placement system (9 and 0), there's very little you can't make. 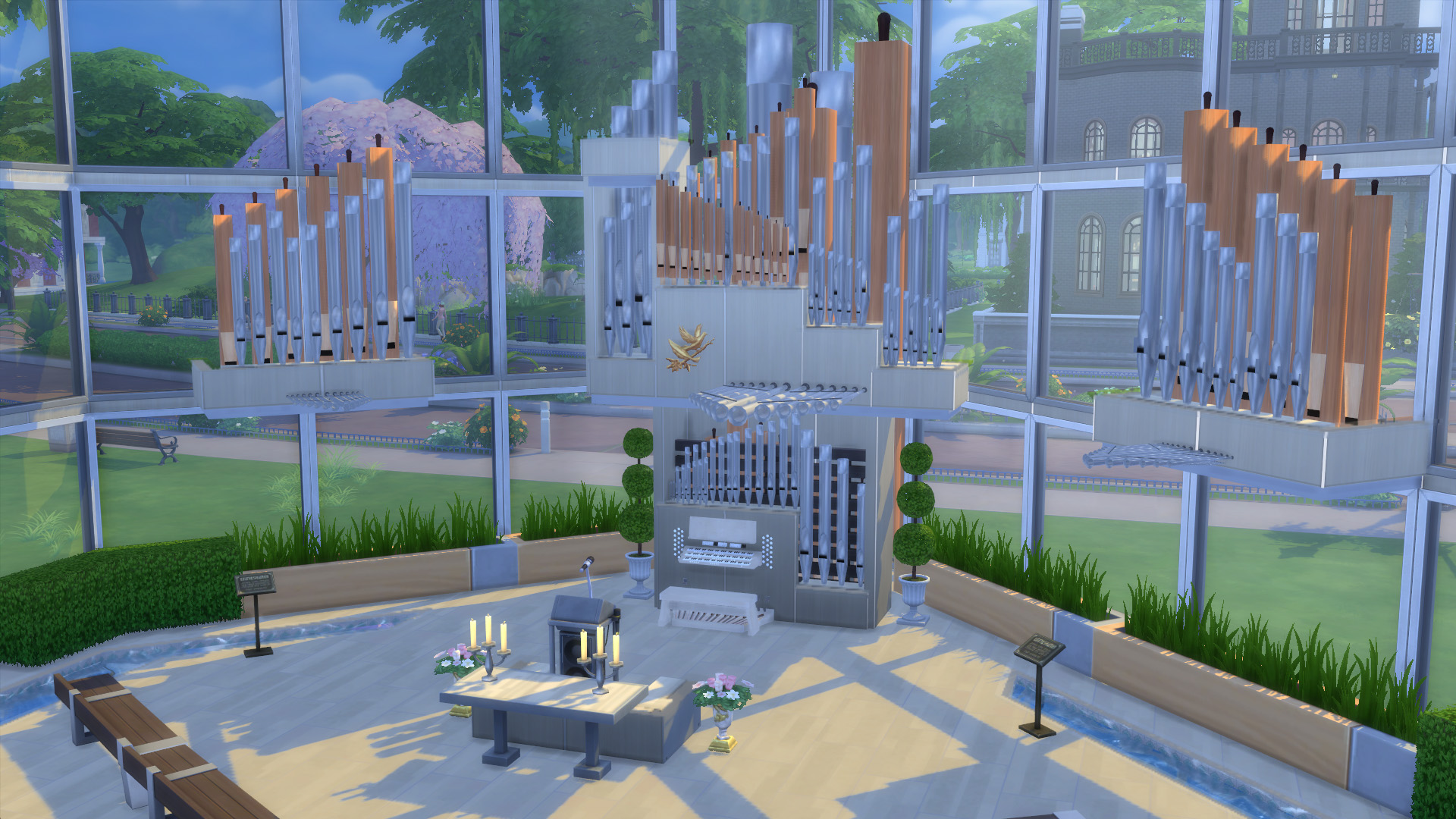 The consoles require Vampires to use since they are cloned from the pipe organ that comes with that pack. There are six different consoles, one more than before. There's a drawbar organ, a small house organ, a church organ style console, a theatre organ, a symphonic concert hall style console, plus I've added a tracker console that can be placed flush against the wall using the games free placement (ALT). 4 of the consoles have decorative slots added as well, plus numerous colours.

Catalog Info:
All Pipework can be found under Decor/Sculptures
---They are all titled starting with "Modular Organ" and cost $100
All Consoles can be found under Activities&Skills/Creative
---Simmond Z3 Drawbar Organ - $1000
---Schmantz Organ Console - $4220
---Casimant Soeurs Tracker Organ - $6600
---E.M. Simmer Pipe Organ Installation - $8500
---Wurspitzler Voxultima IX Theatre Organ - $13,350
---Blackinsim Symphonic Organ - $25,000
All Objects can be found by doing a game catalog search for "Organ"

I'm a musician and love meshing different musical instruments so I am willing to take requests for anything along the lines of the whole music theme.