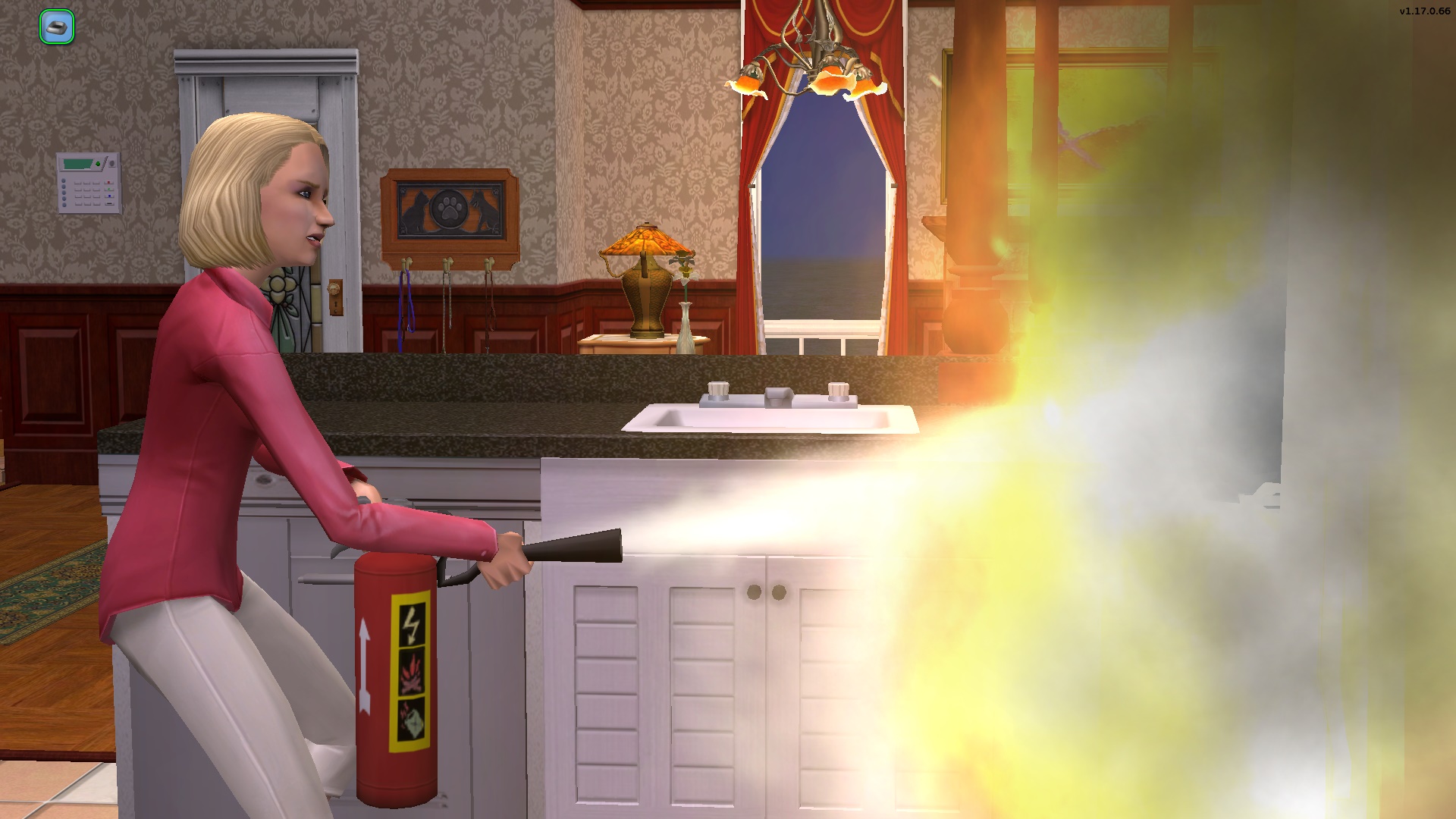 UPDATE 10:
- Sims can now react to fires autonomously even if they are very far away from the fire just like in an unmodded game. This is better, because sims have the Fire fear and this is the only way to satisfy that fear. Sims on an apartment lot will still not react if they are in the original outdoor room (room 0), because they are not supposed to.
- Sims will now be put into hurry mode no matter what.

UPDATE 9: Sims could still be pushed to react to fires even if they were next to the mailbox on apartment lots. This has been fixed.

UPDATE 8: I found out that when sims on an apartment lot react to fire and when they run out of the apartment, they will still attempt to react to fire while waiting near the mailbox, which causes sims to satisfy their Fire fears again and decrease the date/outing score if there is an outing/date. This is not supposed to happen, so this update fixes this by preventing sims outside from trying to react to fires on apartment lots and failing. In addition, I have added the Hurry feature back to the mod, but sims will only be eligible to hurry when they first react to a fire tile, or if it has been some time since they last reacted to a particular fire tile. The fire tile itself won't push sims into hurry-mode.

UPDATE 6: The game pushes sims into hurry mode when they react to fire in certain cases, but it shouldn't, because it increases their animation speed and it doesn't look natural at all. This update prevents this behaviour, as there is no need for it.

UPDATE 4: Sims who have studied Fire Safety will also be pushed by the fire tile to interact with the fire at all times.

UPDATE 3: In the original description, I said that studying Fire Safety does nothing. I really meant that, it truly does nothing. There is no difference between a sim who has studied Fire Safety and a sim who has not. However, Maxis did try to make it so that studying Fire Safety would have an effect on gameplay. What they intended to do was that sims who have studied Fire Safety would stop panicking much earlier than sims with no knowledge of Fire Safety, but the code that Maxis put makes no difference at all, because the game always checks to see if the sim who is panicking is in Hurry mode, if so, the game stops the sim from panicking. The problem is that sims are always in Hurry mode when they panic. This is why, in an unmodded game, every sim panics for the exact same duration. In addition, the fire tile constantly keeps pushing sims to panic, meaning that even if sims stopped panicking earlier, they would again be pushed to panic immediately anyway. This update fixes this mess, and makes Maxis' code actually work properly. Now, sims who have studied Fire Safety will keep panicking for only half the regular duration. Sims who have studied Fire Safety now have a 25% chance to panic, and a 75% chance to actually try to stop the fire. So, studying Fire Safety does not guarantee that sims won't panic, but they are very unlikely to, and they will stop panicking much faster than other sims.