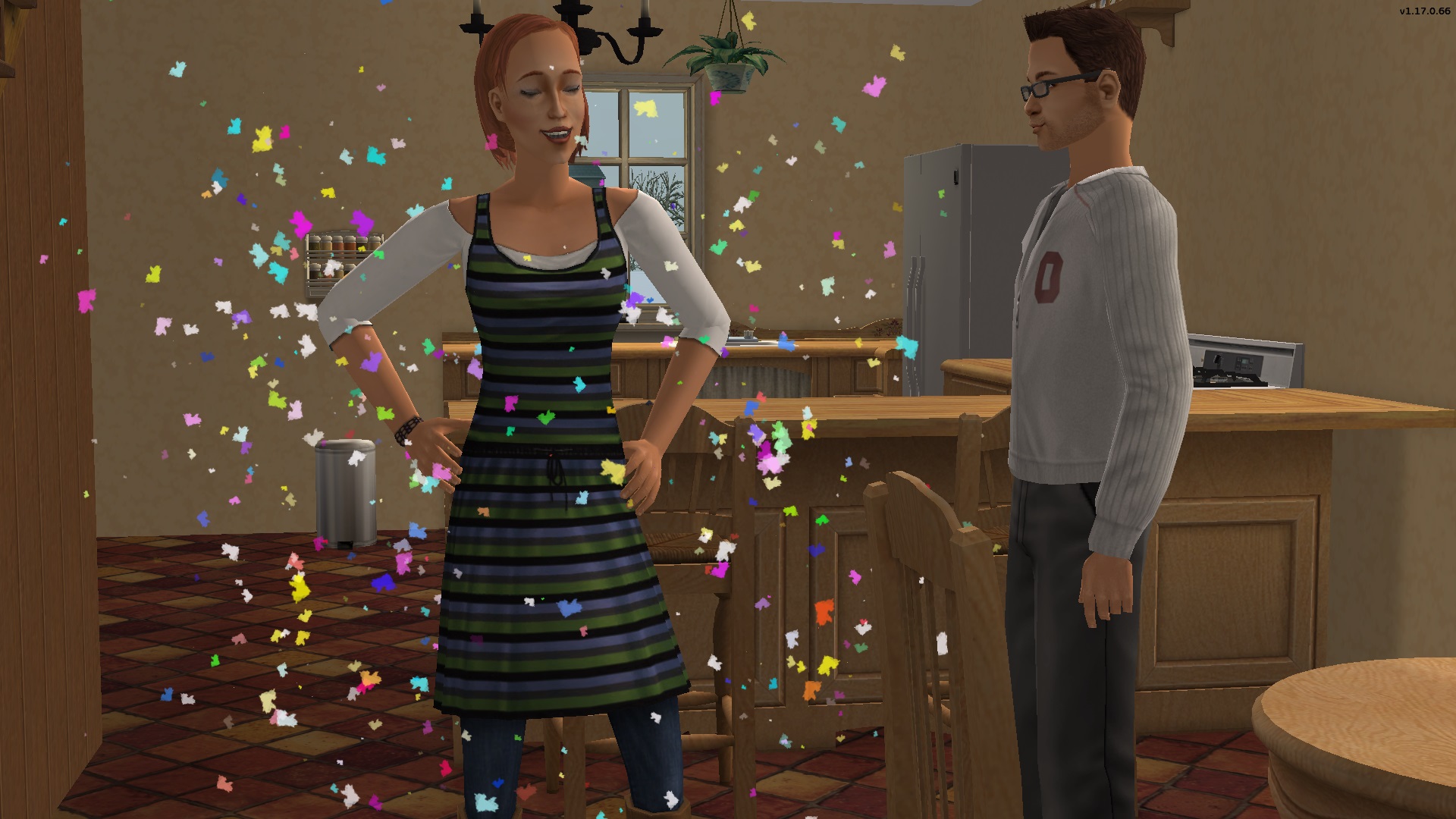 Aging Townie Aspiration Fix: Freetime added a feature that allows the player to age up townie sims whenever a currently played sim ages up (except when a teen ages up to young adult, and when a young adult ages up to adult on a university lot). The aging played sim needs to have met an eligible townie for the aging dialogue to appear. There is an issue with this feature. Whenever a currently played child ages up to teen, and when the player chooses child townies to age up to teen together with their played sim, the game forgets to give the newly aged-up teens new aspirations, leaving them stuck with the Grow Up aspiration. This mod fixes this issue. Whenever a townie child ages up through this feature, the game will allow the player to pick the newly aged-up teen townie's aspiration and turn-ons/offs.

Aging Baby to Toddler Fix: There is an issue in the game with the automated Help with Birthday code which prevents sims from aging babies to toddlers, especially if the baby happens to be in a crib, but it can happen in other situations, too. What happens usually is that both sims freeze for a bit during the Help with Birthday interaction, then the interaction drops and gets replaced with the Hold interaction. Sometimes it may take hours or even days for sims to properly age babies to toddlers, so it is a serious problem. This mod should fix this problem once and for all.