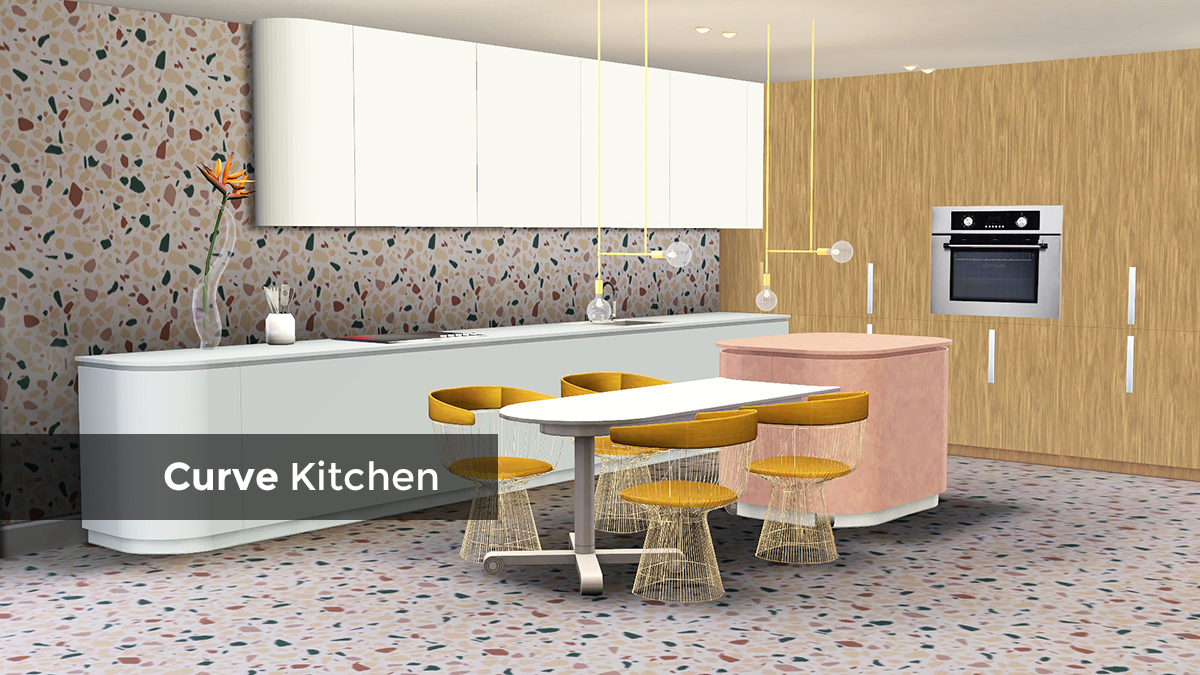 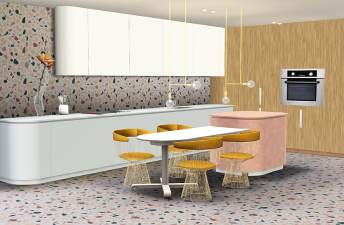 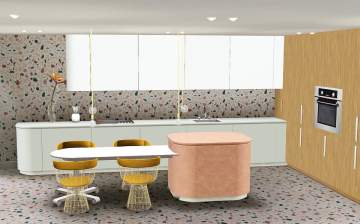 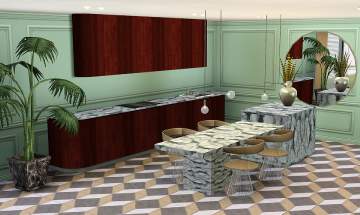 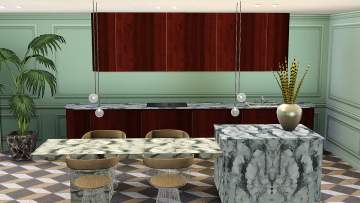 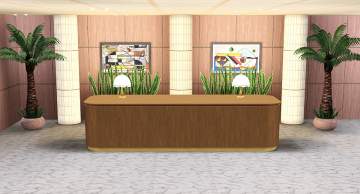 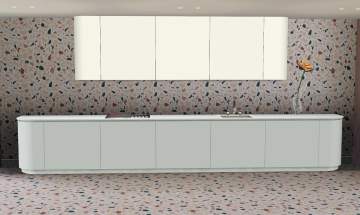 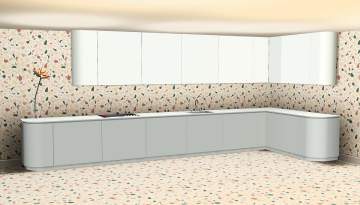 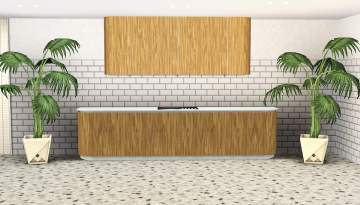 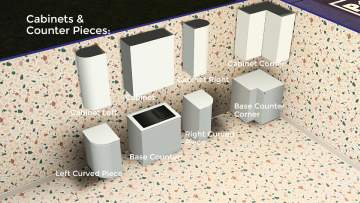 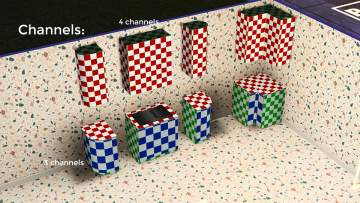 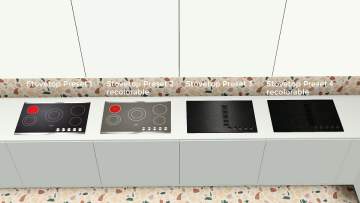 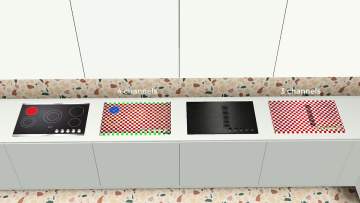 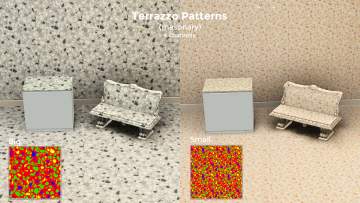 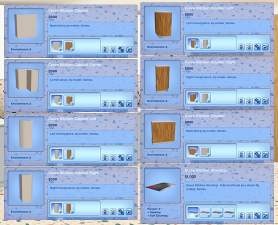 6,854 Downloads 210 Thanks  Thanks 40 Favourited 10,710 Views
There is an update available for this mod! Last downloaded: , creator last updated:

Created by enable_llamas View Policy / About Me View all Downloads  Tumblr

I bring you my first kitchen made from scratch, cause you can never have too many counters. (They are still the worst to make, but I'm secretly a masochist apparently.) It has a clean, simple design with some rounded pieces that can be used to achieve different styles varying from the modern and minimal to the more (Neo) Art Deco.


Inside you'll find:
Each of the cabinet pieces show up as separate objects in the catalog, they're not truly modular as ea's. They are however all merged into one package for convenience. Their 4th recolorable channel is on the bottom (can't be seen from pics).

The counters are 3 separate, stand alone ones. The base counter has all necessary pieces, including corner and countertop. The Left and Right Curved ones are fully functional counters on their own but don't have matching corners and tops since they can't really make corners without a base piece and putting a large appliance underneath would just look incredibly stupid. Also don't recommend putting sinks on them unless it's a very tiny one and somehow positioned in the corner.

Counters come in both package and Sims3Pack, both work fine - install only one

Placing the stovetop correctly: it is a fully functional, usable stove with modified footprint for convenience. In order for sims to be able to use it, first place down your counters (any counters) as you would normally do on the grid. Put the stovetop on top of a counter and holding down Alt, drag it very slightly forward - about the amount shown on the screenshot is enough. Now sims would be able to cook on it and use the slot of the counter underneath to put down and pick up things. Keep in mind that making a recipe that requires the oven part will lead to sims opening an imaginary door and sticking a pan through the counter. This doesn't affect the cooking process whatsoever. Also it is cloned from the expensive stove so your sims will get all the fancy moodlets and are a lot less likely to burn down the house while making waffles.

I believe that is all there is to it - enjoy!

enablellamasCurveKitchen.rar: Archive contains one or more files that are added twice (once in .package form and once in SimsPack form) (error 105)