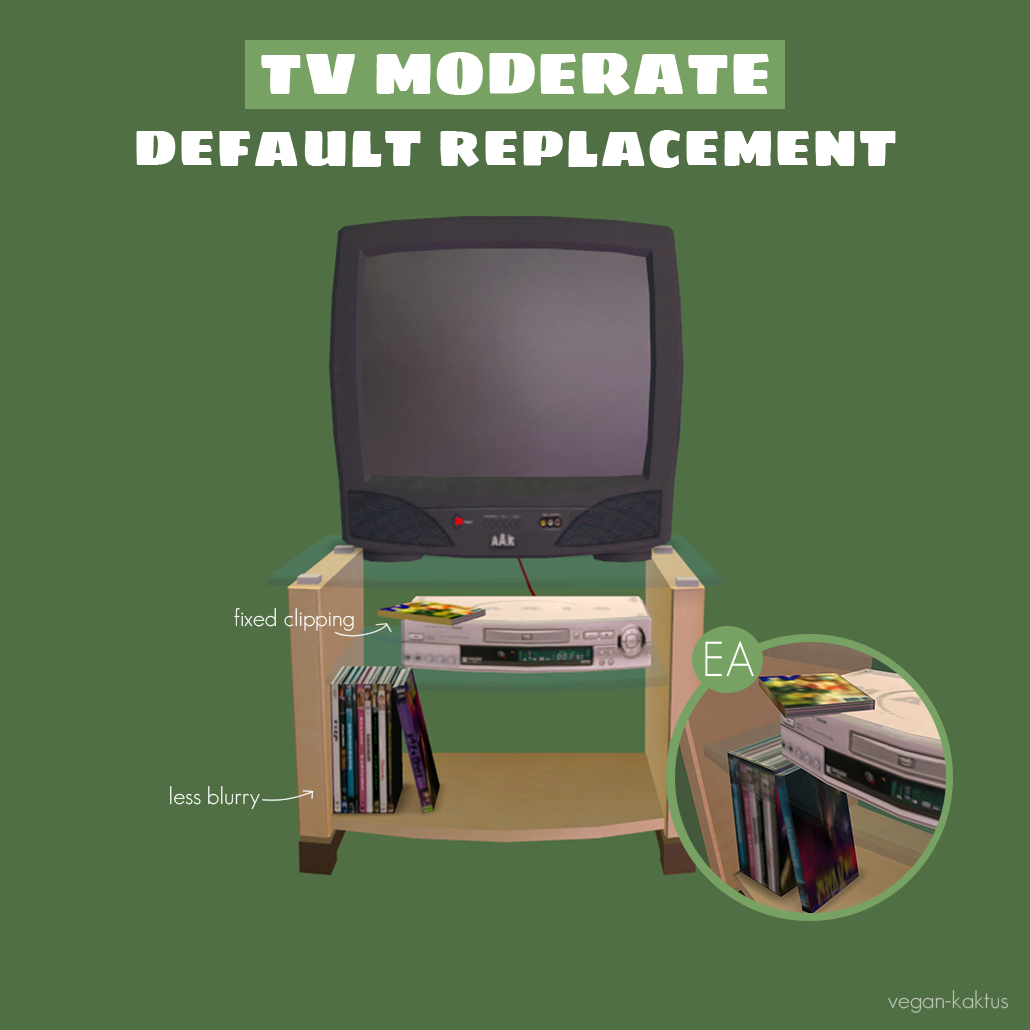 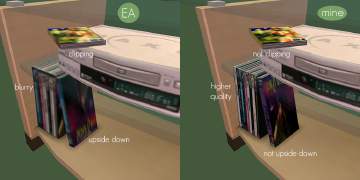 This is a small default replacement for "tv moderate" from basegame. I was browsing around in SimPE when I stumbled upon a texture called tvmoderate-dvds_txtr which seemed to be unused. I'm guessing EA originally planned on making the dvds a separate mesh group with its own texture, but for some reason they decided to scrap that idea and merge it with the "tvmoderate_stand" group. The dvds' unused texture is notably less blurry than the texture they decided to slap on tvmoderate-tv_txtr, so I extracted, remapped, made a txmt for the texture, fixed some clipping while I was at it and voila! :-)

Edit: rudhira has shared a (mesh) default replacement here! Which includes my edit/fix :-)

Edit #2: it is compatible with Stinky’s clear glass default!

I mainly make default replacements which I share here :-) you can find more of my stuff over at my tumblr. My TOU can be found there as well! :-D