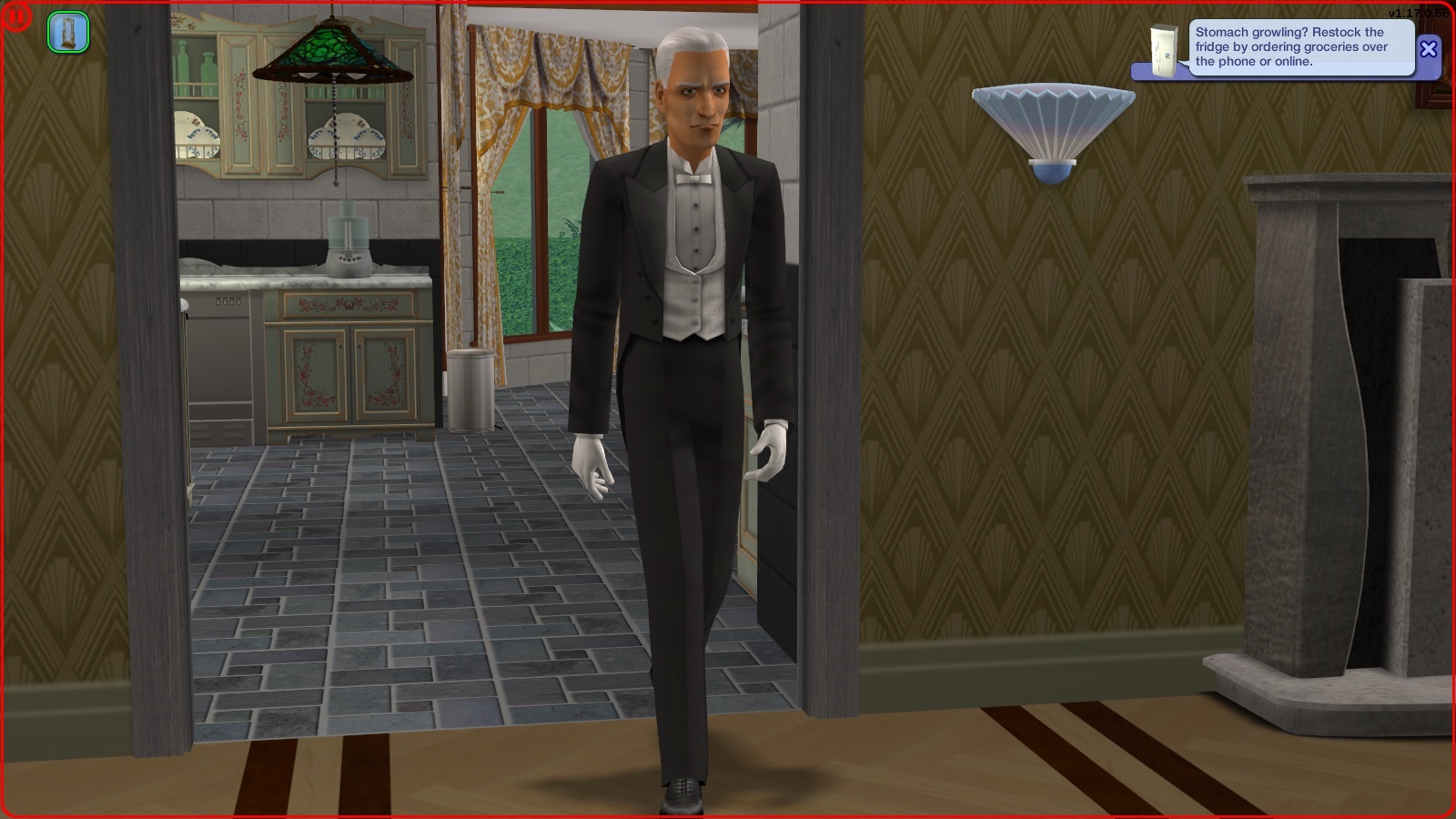 70 Thanks  Thanks     15 Favourited
UPDATE 2: Butlers can now serve grilled food and desserts, but they have a lower chance of cooking those types of food. I also came across an interesting oversight by Maxis. When a butler starts trimming shrubs or pulling weeds, the game is normally supposed to prevent the shrubs or weeds from pushing the butler to continue gardening, so that the butler's own code can properly push the butler to garden. Maxis forgot to add these checks to gardening. I have added the necessary checks to shrubs and weeds in my Gardening Route Mod (UPDATE 2 and higher), which you should considering downloading.

- When a butler attempts to serve food and if there is no food left in the fridge the butler interacts with, the game makes the butler call for groceries. From that moment onwards, the butler is prevented from cooking food until the butler restocks a fridge (any fridge) with the market basket. The problem here is that the game only allows the butler to start cooking again if it was the butler who restocked the fridge. If anybody else restocks, the butler will only be able to continue cooking the next time they arrive on the lot. This mod fixes that.
- When a butler considers serving food, the game checks to see if there is available food on the lot, and if so prevents the butler from cooking more. This mod prevents the butler from considering for-sale food and food within a display as available food. In addition, if there is no available food, the butler starts cooking if there is one family member whose hunger motive is below 50%. This mod makes the butler consider the hunger motive of greeted guests, and not consider Servos. Also, I added an interesting feature to the butler's cooking code. Butlers don't consider the hunger motive of sleeping sims any more, but if the sleeping sim's energy motive is 75 or higher, then they will consider their hunger motive. If the sleeping sim is a Plantsim, then their Sunshine motive is checked.
- There is an issue which sometimes makes the butler drop whatever they are doing in order to cook, then the cook interaction gets dropped and the butler attempts to continue whatever they were doing at which point the game forces the butler to stop that interaction in order to cook, which goes on forever. This mod fixes this issue.