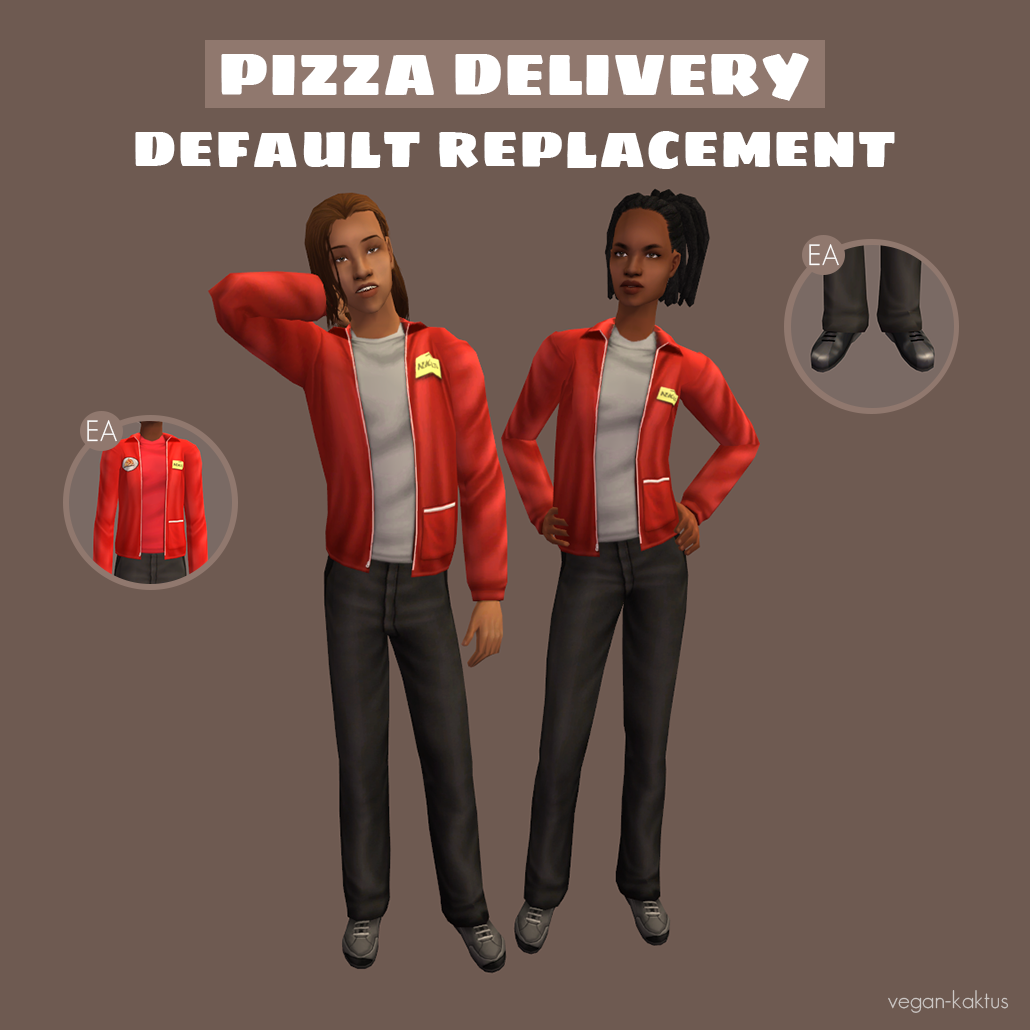 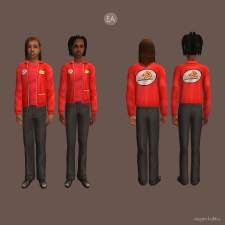 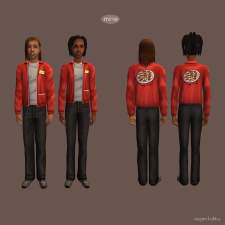 Created by vegan_kaktus View Policy / About Me View all Downloads  Tumblr

The pizza delivery NPC has bothered me for ages with its screamingly red color and different logos everywhere, so here is a bunch of defaults to fix that!

NPC Clothing
I shoeswapped afbodypizzadelivery and ambodypizzadelivery with shoes from umbottomwillpants (”converted” to female by me). The shoe meshes are similiar, but not the same! I fixed the shoes’ texture as well to make them match better. In addition to this, I removed shadows, changed colors and fixed a black spot on the AF mesh.

Vehicle
I separated the sign on the car, re-mapped it, gave it its own (+new!) texture and also fixed the edges. This default is compatible with any texture default you might have for the pizza vehicle (vehiclepizza-surface_txtr), but it won’t affect the sign. It’s not compatible with dharden’s clean pizza car replacement though, since they also edited the shpe. I personally like the dirty car, but I included a version with the gold/clean texture from Michelle since not everyone might be a fan of the dirty look.

Pizzas
I’ve edited both pizza textures a bit. I made the pepperoni one less red and increased saturation on the combo pizza. (It’s not that big of a difference - I'm aware, but they irked me!)

Before you say “two pizzas?!” - I know I know!! :-D when I extracted the pizza texture I came across a second unused pizza texture. I made a thread﻿ about this which simler90 saw and kindly fixed EA’s mistake, so make sure to get their fix here! :-D

Pizza Box
I also defaulted the pizza box. I’ve never seen a white pizza box in my entire life, we only have brown ones here in Sweden - so brown it is! ¯\_(ツ)_/¯
Recommended Mods
These are pizza-related mods/fixes I recommend downloading. They aren’t required for any of my defaults to work, with the exception of simler90′s fix :-)
If you have any defaults in your downloads folder defaulting the same thing as any of my files, you have to remove those before installing mine :-) you can choose between merged or separate files, and all files have been compressed to reduce file size. Let me know if you encounter any issues!

Credits: EA, Michelle for the gold texture dharden used in their default, simler90 for fixing EA’s mistake, labine730 for their functional pizza box I edited and carvernosims for their extracted bg items which I also edited :-)

Description: Admit it. We're not going to get along until you do. Sometimes you don't want to cook or wait for delivery. I feel your pain. That's why I made pizza buyable by the box. ~Labine730

Description: Admit it. We're not going to get along until you do. Sometimes you don't want to cook or wait for delivery. I feel your pain. That's why I made pizza buyable by the box. ~Labine730 I mainly make default replacements which I share here :-) you can find more of my stuff over at my tumblr. My TOU can be found there as well! :-D