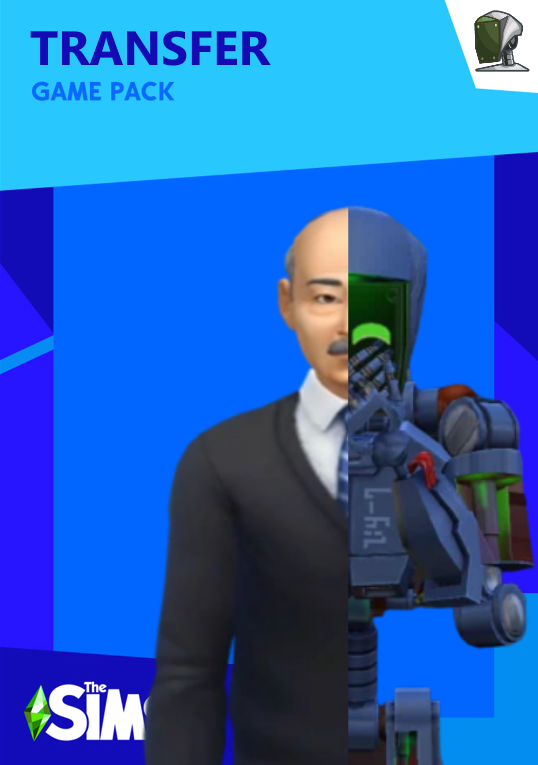 Features
Another Interaction is added to the Robotics Bench that allows Elder Sims to be transferred into a Servo, this makes the elder sim in-age able. Transferred sims are different to normal servos as they were human before, they have the ability to shower and Try for Baby unlike a regular servo, though these sims aren't completely human as they need servo needs instead of regular needs. These transferred sims cannot be uncomfortable or stressed and always have a energized buff.