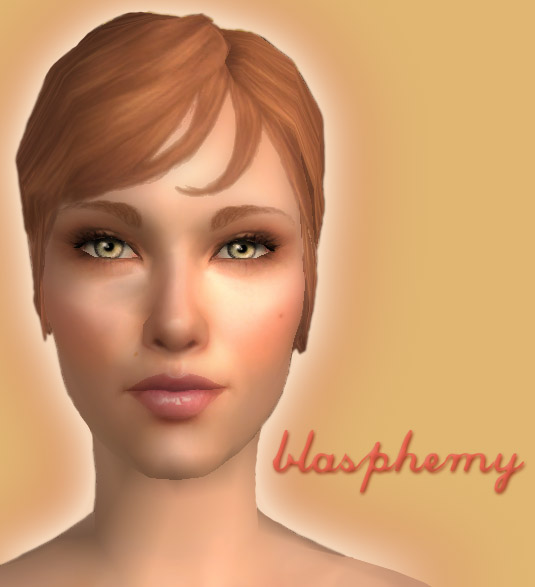 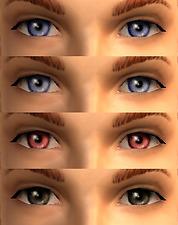 4,236 Downloads 1,054 Thanks  Thanks 76 Favourited 57,037 Views
Picked Upload!   This is a picked upload! It showcases some of the best talent and creativity available on MTS and in the community.

Created by HystericalParoxysm
View Policy / About Me View all Downloads
Uploaded: 11th Jan 2007 at 1:44 PM
Updated: 4th May 2007 at 11:50 AM - Removing old TOU
I have been using Pinstruck's palest eye from this set over... and over... and over... until I got fed up with using the same darn eye and begged Pin for permission, which I was granted, to my delight.

I've combined the gorgeous iris of that one eye with Knightskykyte's perfect sclera and shadow. I've also enlarged the pupil a bit and added a little more detail and sheen to the highlight. The result is my favourite eye set ever, and I do hope you'll enjoy them too. Many colours, including some fun fantasy-ish ones as well as some lovely, striking, realistic shades.

Update 17 Mar 07: Check out the Blasphemy-Redux screenshot for the new shades I've added - light and dark blue, black, and red. They're in a separate rar so you can get them if you've already downloaded the original set.

I've also added defaults if you would like to use these as defaults (and a screenshot of the colours I used). Make sure to remove any existing defaults before adding mine.