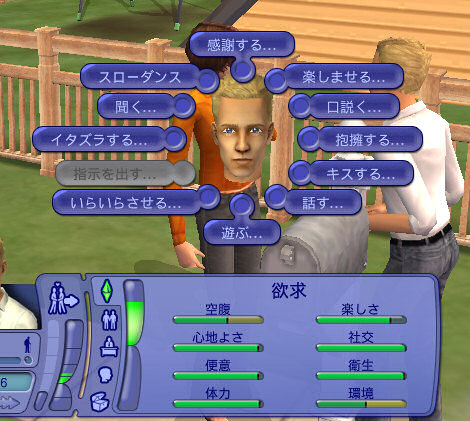 This mod is NOT compatible with the Ultimate Collection
If you use the Ultimate collection, please download the AGS v.2.2.0-UC

Collection packs other than Deluxe, Double Deluxe and Holiday Ed. 2005/06 are not supported. If you install the AGS with any other collection pack, you will probably have to uninstall and reinstall all of your games to get back to a working state.

>>> ANYGAMESTARTER <<<
Build your game (and BodyShop!) the way you want it
for testing purposes or nostalgic pleasure!

This AGS version is compatible with any game and expansion on physical CD/DVD.
It support also Store Edition, Deluxe, Double Deluxe and Holiday Ed. 2005/06.
Don't use the AGS with expansions bought online from EA site, the Ultimate Collection or other game editions not listed above

The installer has been tested under Windows 10
(but should work fine with any older Windows version down to XP)
and must be run under an administrator account.

WHAT'S NEW IN THE LATEST VERSION

WHAT IS THE ANYGAMESTARTER
The AnyGameStarter (in brief: 'AGS') allows to create a temporary test-game (and optionally a test-Bodyshop) including or excluding any Expansion Pack, Stuff Pack and Add-on Packs (among the ones that you own, of course).
Typical usages of the AnyGameStarter include, for example:

HOW TO USE
First off, you have to download the rar attached to this post and extract the installer ("AnyGameStarter_Setup.exe"). I suggest NOT to extract it to the desktop, so to avoid an eccessive clutter: better put the installer in a folder somewhere on your hard disk.
When done, double-click on the "AnyGameStarter_Setup.exe"; you need to double-click on the installer only once: the very first time you run the installer, it will check if your Registry holds the correct path to the Documents folder, and will update all the existing AGS and BGS games making them compatible with Mansion & Garden (if you have it). Then, the installer will create two icons on your desktop:

You won't see any activity from the installer (apparently it doesn't even start...), but you will see the two new icons on your desktop. From this moment on, use the two icons tu run the AGS:Either mode you choose (Standard or BGS), the installer will let you - in addition to create new games - to delete existing games or making them permanent.

NOTE: the AGS installer must be run using an administrator account (the same used to install the full game).

HOW TO UNINSTALL
You can either use the Add/Remove Program panel, or run again the AGS installer and choose the option "Delete existing AnyGames" (and then select all the games). When you delete the last mini-game, the AGS is automatically uninstalled anyway.
NOTE: uninstalling the AGS will delete the three AGS games; neither the Full Game nor the PermaGames will be deleted.


CREDITS AND ACKNOWLEDGEMENTS
Thanks a million to MaryLou for creating most of the icons and the community lot included in the mini-game.
The AGS installer has been created using Inno Setup, the ISTool user interface and a lot of self-learned Pascal coding

Version 1.1b (30 sept 2007)
Fixed a bug that affected only some users: when starting
the mini-game, actually the Full game started; or the game
complaints about not running the right game.
If you are not experiencing this bug, you don't need to redownload.

Version 1.1 (30 sept 2007)
The AGS now does NOT cause game crashes any more.
The new installer will also fix your crashing problem, if you
didn't already fixed it yourself reading THIS POST.

Other improvements:
> Now compatible with Sims 2 Deluxe
(will also fix the "Nightlife uninstalled" error)
> You can now choose the screen resolution for the AnyGames
> Better handling of games without Bon Voyage