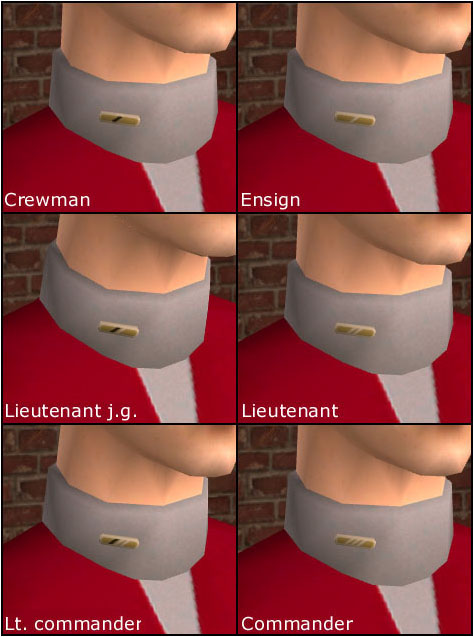 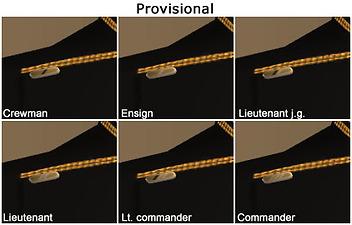 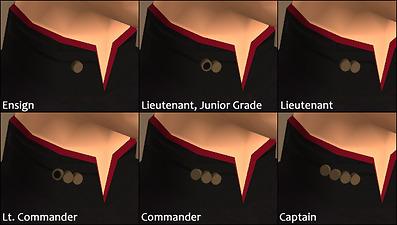 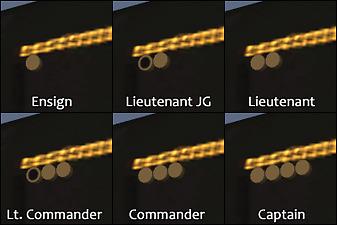 UPDATE APRIL 29, 2013: The regular (but not the provisional) rank insignia have been updated:

The file names are the same as before, so if you already have these insignia in game, the updated versions will overwrite the old files. However, if you have any Sims in game currently wearing my old rank insignia, you'll have to change their appearance in the mirror for the updated insignia to display correctly.

I've created two sets of each type of rank insignia (i.e. regular and provisional) for your TNG and VOY Sims. The first set looks, feels and tastes like my other collar rank insignia - they are for adults/YA and elders and can be worn together with other accessories - but there is one significant difference: they appear with casual clothes and outerwear only - not with formal wear. (Don't worry, they won't overwrite my other rank insignia and the tooltip clearly marks them as the "no formal" version, so you won't get the two confused.) You'll see why this is a good thing in a moment. 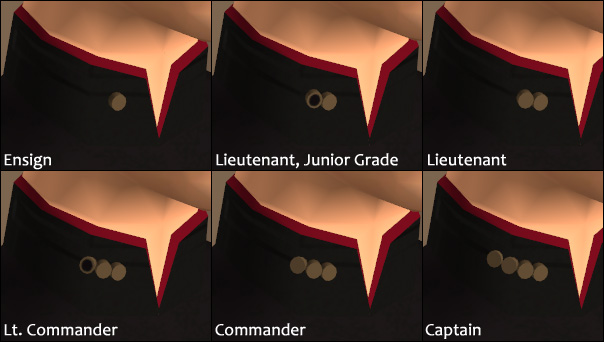 The second set is meant specifically for use with the TNG/VOY dress uniforms, and thus sits on the Sim's shoulder. Now, there are two things you need to know about this set. First of all, it's categorised as formal only. This means that, even though you will see a thumbnail for it in CAS/Bodyshop and when you change your Sim's appearance in a mirror, you will not actually see the Sim wearing it until he/she changes into formal wear. You'll see why this is a good thing in a moment as well. 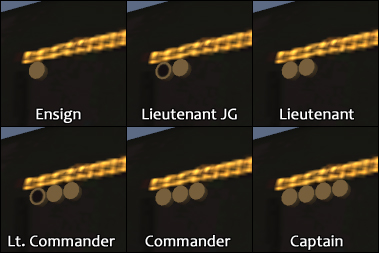 Note that this only works this way if your Sim is wearing the "no formal" rank insignia as its normal rank insignia! If you use my other rank insignia , the collar insignia will NOT disappear when the Sim changes into its dress uniform, since that version is set to be visible with formal wear as well.

So, to make a long and somewhat complicated story short: have your TNG/VOY Sims wear both the "no formal" and the shoulder rank insignia at the same time. Then your Sims will automatically change into the proper rank insignia when they change clothes, and you won't have to do a thing.

The poly count is the same for both the "no formal" and the "shoulder" rank insignia.


Additional Credits:
* HP, Tig and Dr Pixel - meshing gurus
* Quaxi and all the other SimPE developers
* Wes H for the Unimesh plugins
* The Milkshape team

As always, if you like my creations, hitting the "thanks" button is a quick and painless way of showing it.