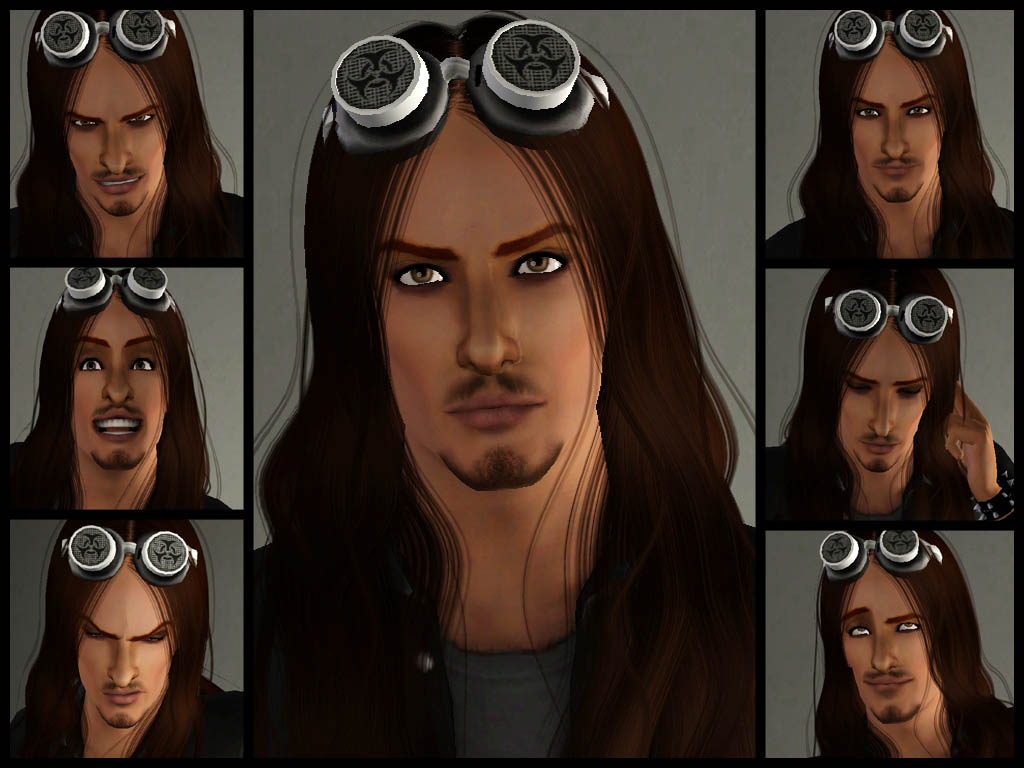 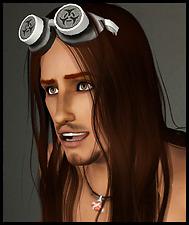 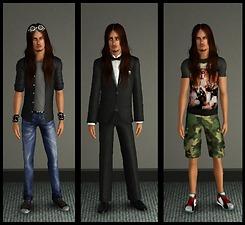 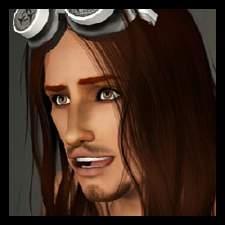 496 Thanks  Thanks     77 Favourited
Presenting something slightly different, this time

Not a celebrity sim, but he's one of my current favourite guys to play. Presenting... Douglas Logan! Doug has always been considered the "strange" guy in the neighbourhood. With his appearance, long hair and black make-up, he's both a fascinating and rather weird character. His passion for the occult, ghosts and the afterlife, together with his habit to create strange machines in his garage, always left the other sims quite suspicious about his real intentions. Many rumors circulated about him when he joined the Ghost Hunter career, but Doug never cared.
He loves his job and, despite the rumors, he's a very nice and lovely person. He's a dreamer and a hopeless romantic, and hopes to find, someday, someone to share his passions with.
In the meantime, he dedicates lots of affection to his motorcycle, to whom he affectionately refers as "Lester".

The sim is a young adult. Just put the file in your SavedSims folder found in Documents/Electronic Arts/The Sims 3. If you don't have that folder, just create it yourself.
Should work with base game version, just make sure to have the latest patch installed, as he uses a feature (smudged make up) and a trait (vehicle enthusiast) that are only available for fully patched games.
Little note: If you don't have Ambitions, the "eccentric" trait won't show up... feel free to change it with whatever you feel fits with him

Hope you'll like him! :D
Feel free to use in your pictures, videos, stories and whatever, just don't claim him as your own and do not re-upload. If you use him somewhere, would be cool to see a link, I'd love to see what you'd make of this guy

-Skintone by Kanno, made non-default by Araenna (download the non-default one)
-Tiffany Glaze default replacement eyes by escand (if you don't want to change your default, you can download the contact lenses version found in the same link)
-Hair originally by Cazy (dead blog), edited by Anubis (download from here ).
-Stubble by bocboc256
-Eyebags by Robokitty
-Goggles by EsmeraldaF
-Eyebrows by Hysterical Paroxysm
-Spiked bracelets by Aikea Guinea
-Jeans by Aikea Guinea
-W.A.S.P. shirt used for the Athletic outfit by me

Mods and hacks used - PLEASE READ:
-AwesomeMod's x3 slider hack. Also needed to remove the limit to the number of custom sliders you can have in your game. If you don't want to download a huge hack as AwesomeMod, you can just take jonha's slider hack, which just removes the custom slider limit.
-Custom sliders by Ahmad. All of them :D