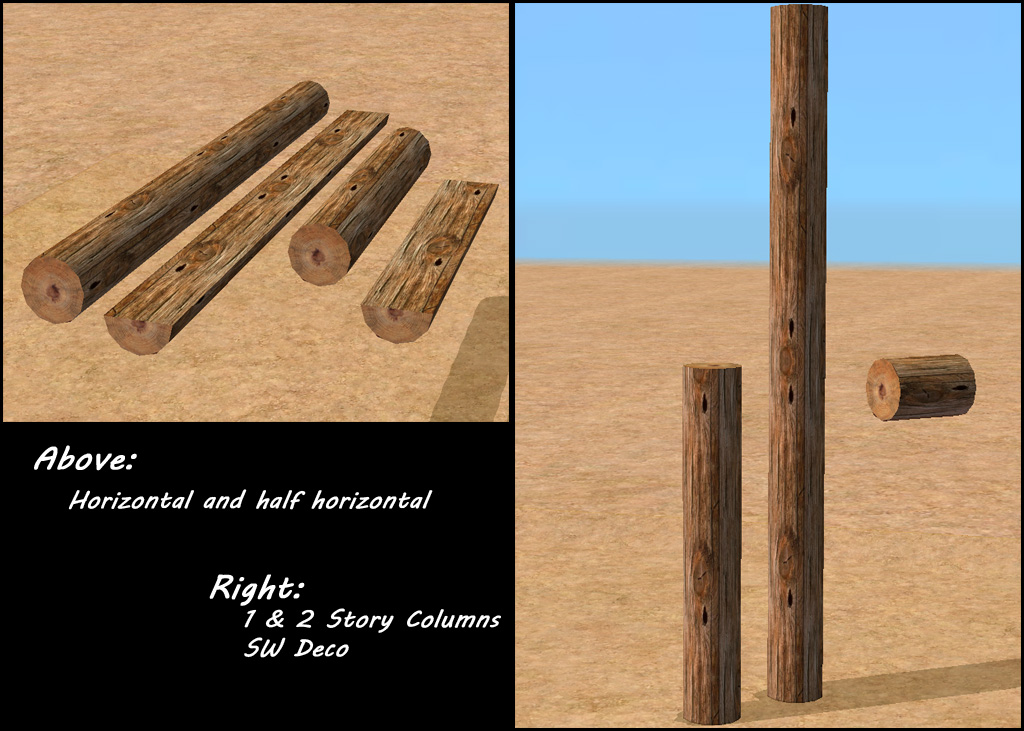 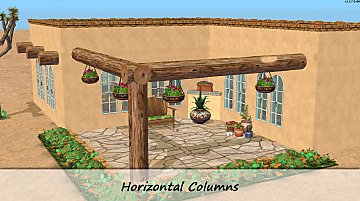 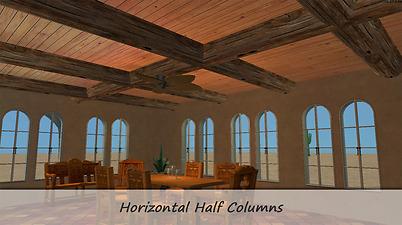 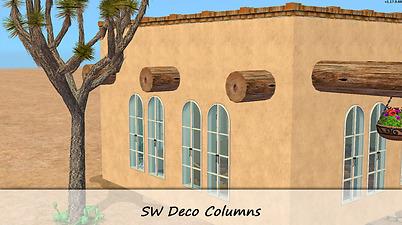 Created by HugeLunatic
View all Downloads
Uploaded: 10th Dec 2010 at 3:31 AM
Updated: 11th Dec 2010 at 3:22 PM
This is a very old set of mine, my very first mesh set that I shared. Normally I don't spend time redoing old projects as I prefer to start new ones, but this was a request to make this set repository for easier recoloring. This was originally made for the N8iveSims project to build homes for the Seminole Chickee who begin building by using columns and beams. This set would also be useful for any type of western, southwest or medieval build though. The set has two upright columns (1 story and 2 story), two horizontal beams (3 tile and 6 tile), two horizontal half beams (3 tile and 6 tile), and one southwest style deco beam. 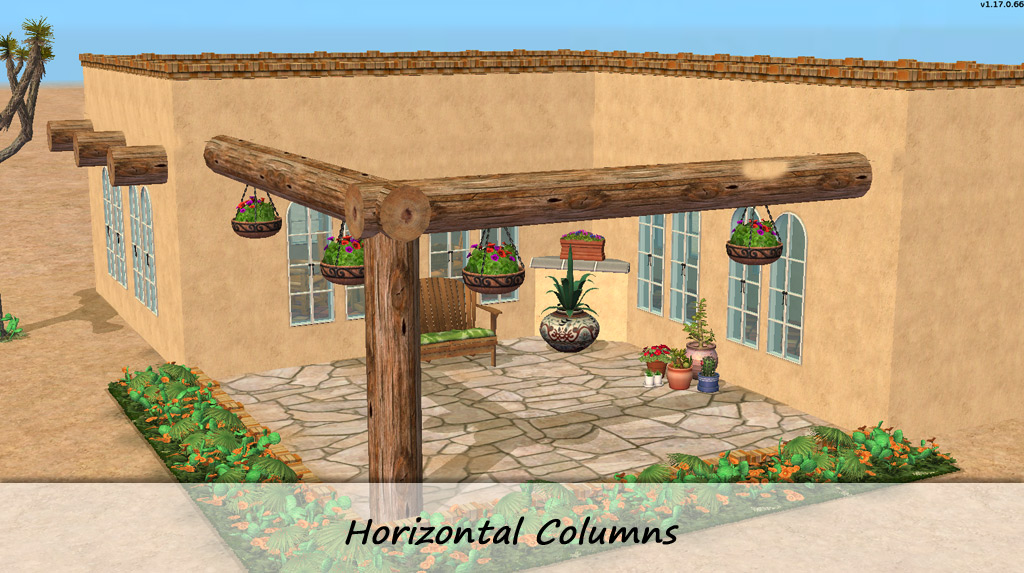 New features
These objects will replace the old ones! They have the same internal names and GUIDs but I have renamed the actual file names to show the Master/Slave files. Please remove the old ones and replace with these.