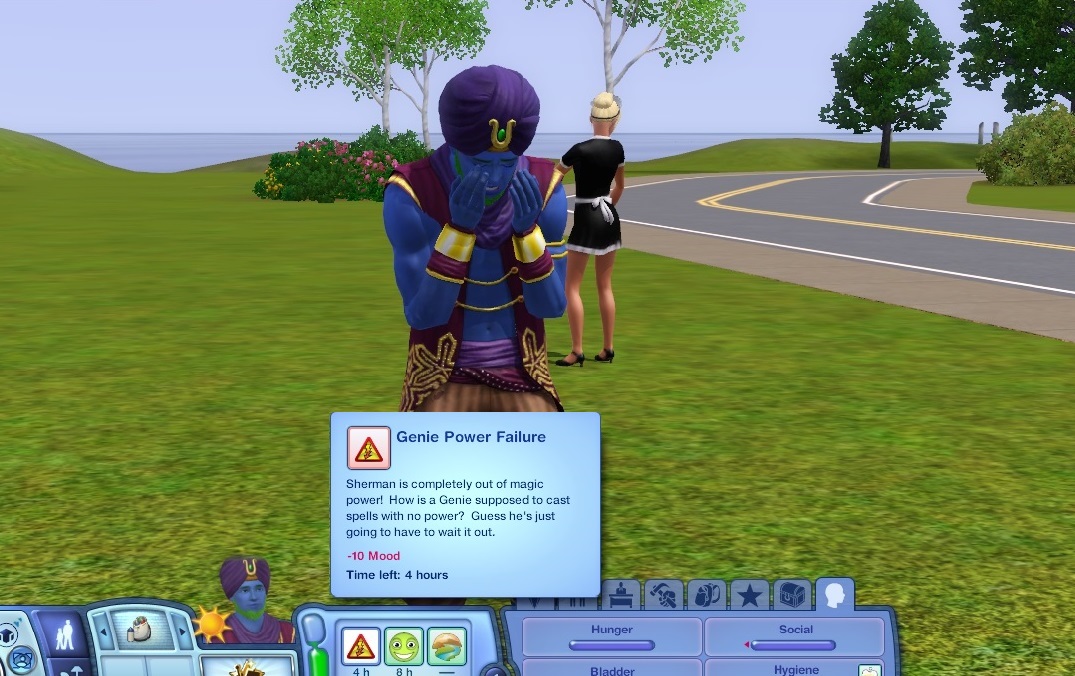 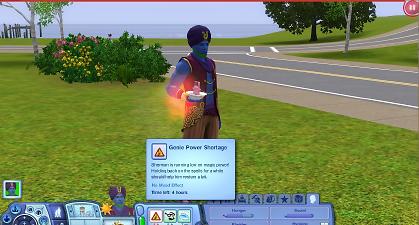 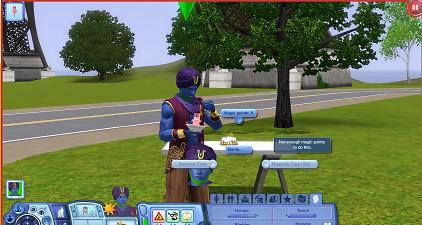 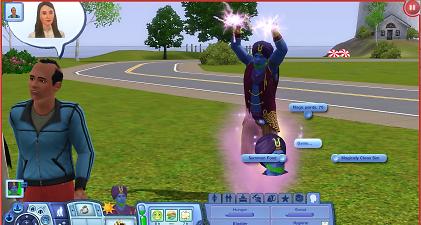 9 FEB 2014 (IMPORTANT!) : Fixed the Magic Points Display interaction (previously it blocked non-Genie sims from interact with Genies).To those who downloaded the mod before this date, please redownload and I apologize for the error.

Did you know that Genies actually come with Magic Points to use their powers? I certainly didn't until I came across the OccultGenie XML file which stated that by default Genies come equipped with a full 100 Magic Points... but using each of the magical Genie interactions costs ZERO points, effectively rendering the Magic Point system on Genies, well, useless. I guess this is one more thing EA planned to but ended up not including in the game. (though it's basically an exact copy of the Unicorn Magic Point system in Pets). Sure, this makes playing with Genies much easier and probably more fun without having to bother about how many points you have to spend doing a certain interactions. But if you like the extra challenge or just find unlimited powers too cheaty, here's a mod that unlocks reboots the system by making each of the powers actually cost Magic Points. 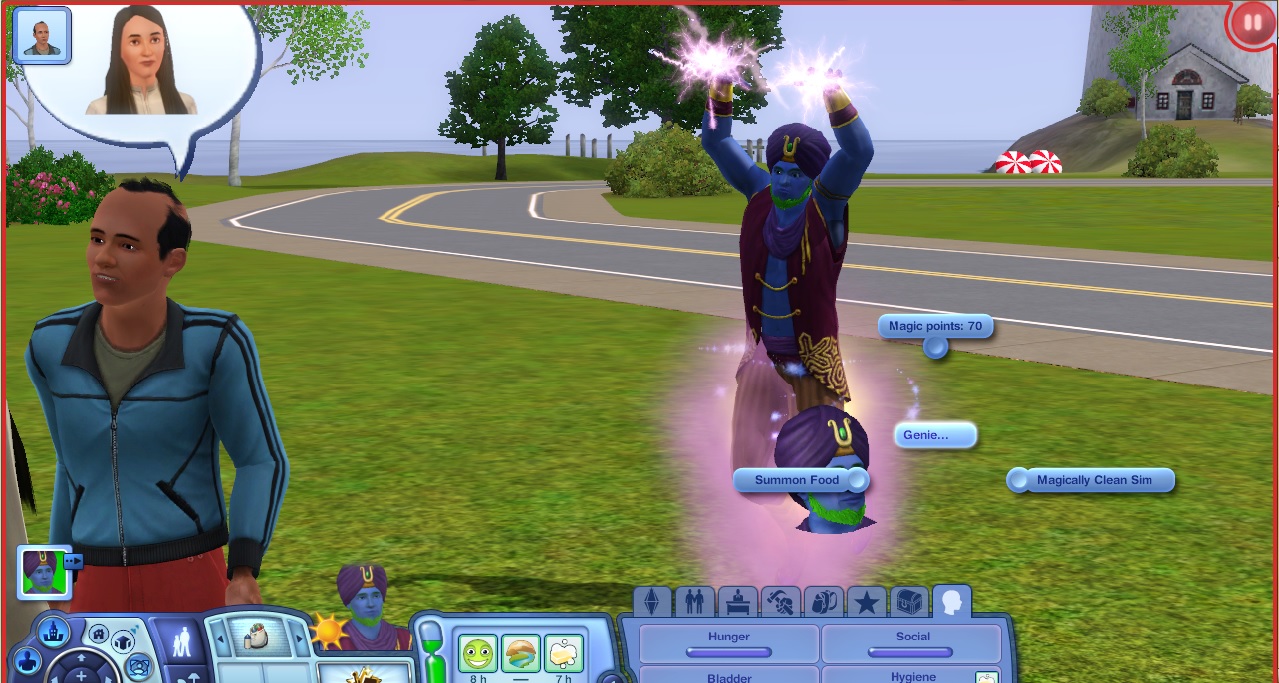 
In addition I added a small script which adds a dummy interaction on all Genies that displays how many Magic Points they have left (clicking on it does nothing, it's just for display). Because of the nature of the script, this display interaction may not appear on Genies newly added to the family, but it should appear once you save the game and reload it or you just reset the Genie in question. 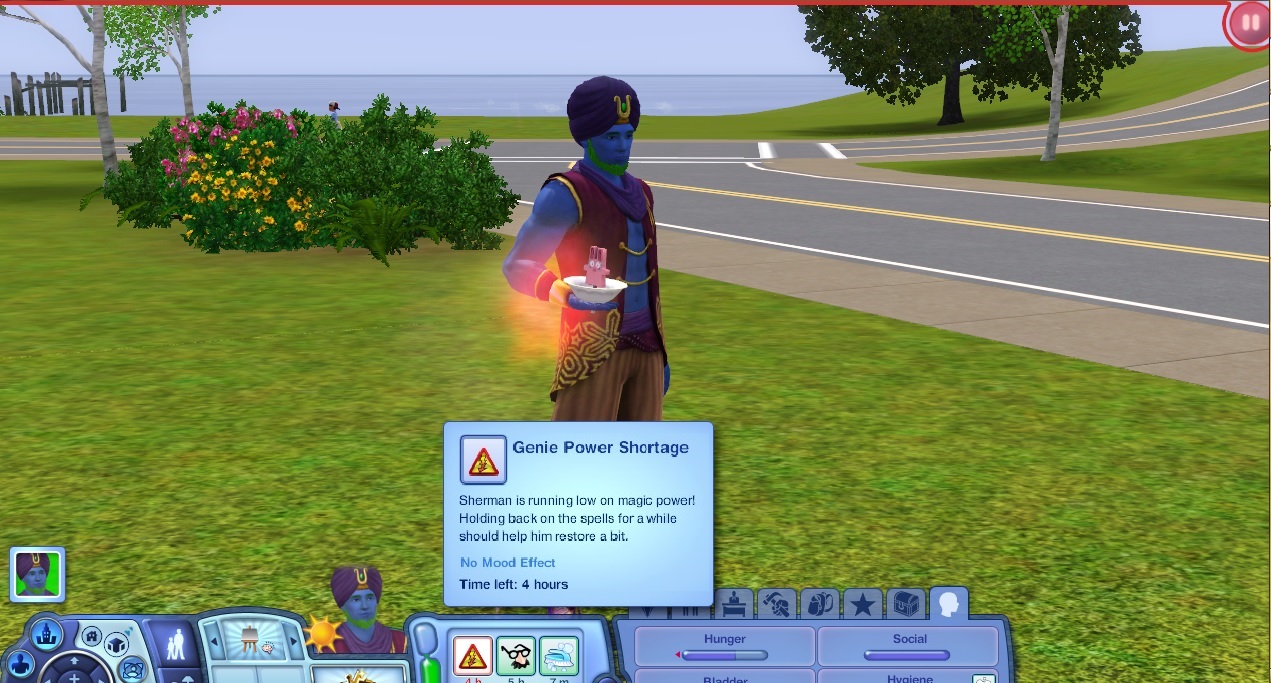 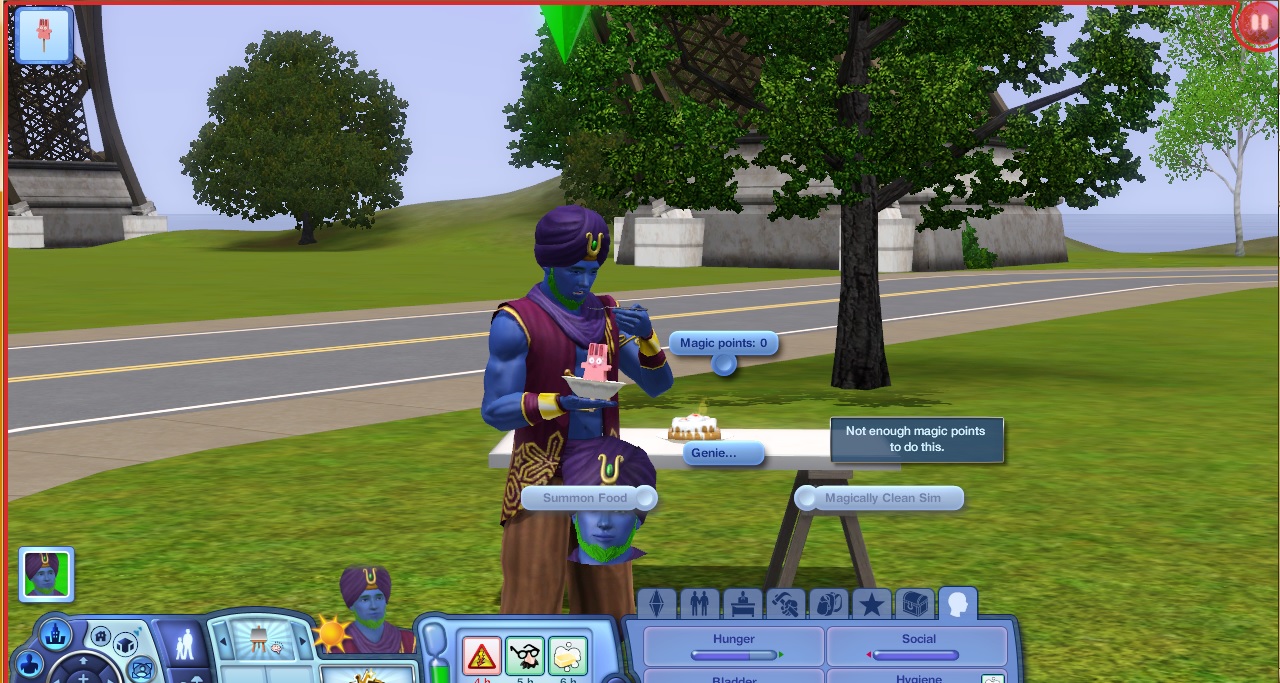 I didn't realize this when I first created the mod, but by default Genie Magic Points are automatically restored to full every 30 minutes in the absence of the Power Shortage or Power Failure moodlets. Since that still makes Genie powers rather cheaty IMHO, I've uploaded 2 new versions that also override the OccultGenie XML to change the time between the natural Magic Point restorations - a 4 hour version (to keep in line with the fact that both Power Shortage and Failure moodlets also last 4 hours) and an extra No Restoration version (where the time is extended to a whopping 100,000,000 minutes, which should be as good as an eternity in a typical game). Once a Genie gets the Power Shortage or Power Failure moodlet, Magic Points will still be restored as usual when the moodlets timeout.

What happens when your Genie runs out of Magic Points you ask? Well the Genie Magic Point system is basically the same as the Unicorn Magic system. Once a Genie's remaining magic points dips under a certain amount (60 by default) they will receive a Genie Power Shortage moodlet lasting 4 hours, after which their Magic Points will be fully restored to 100 again. If within those four hours the Genie manages to use up all of their remaining points, they'll receive the negative Genie Power Shortage moodlet, also lasting 4 hours at the end of which their Magic Points will be restored to full.

Since EA must have decided not to implement the system into the game, these moodlets were left in the game without any actual text or icons. So I just added the text and icons from the Unicorn Power Shortage and Power Failure moodlets to compensate (Pets is NOT needed to run this mod). Do note that both moodlets share the same icon, this as well as the moodlets' durations and strengths can only be changed by modifying the Buffs XML. Since that is a resource used in quite a few other popular mods, I've chosen not to touch it in this one.

I've taken the liberty to copy the moodlet titles and descriptions from the Unicorn moodlets to the Genie ones in every game language (except Thai) since most of it applies in the Genie case as well (in all the languages I understood anyways), EXCEPT that the Power Shortage moodlet description refers to unicorns instead of genies. I've changed this for the English, French, Japanese and Chinese (ZN and TW) translations (but if you found I made a mistake, please inform me), for other languages, corrected translations for the moodlets as well as for the text "Magic Points: " on the display interaction will be greatly appreciated

Built and Tested on Patch 1.63, should work on higher and even lower patches down to Showtime.

Uninstalling: Should be safe to remove the mod at any time.

See: Game Help:TS3 CC Basicswiki for a full guide!
Back to download view
11 Comments / Replies (Who?)