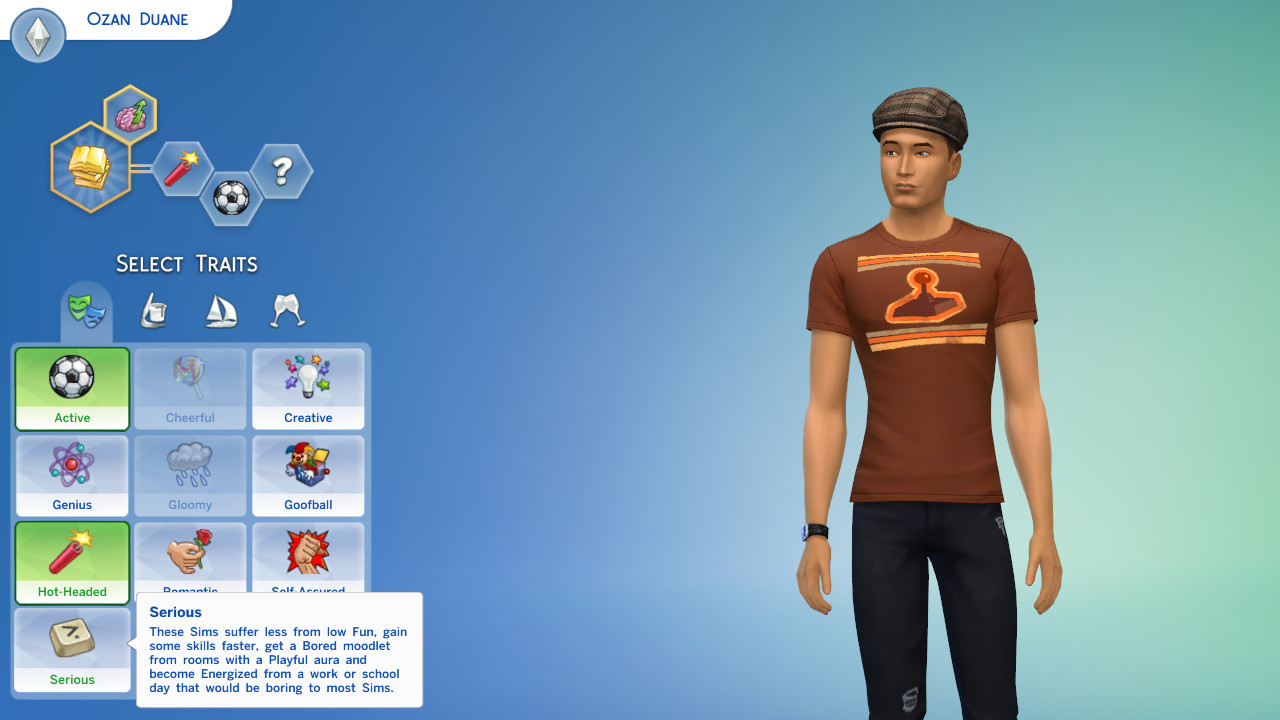 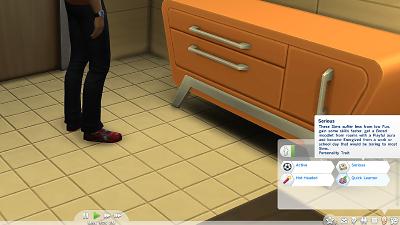 668 Thanks  Thanks     215 Favourited
This is a reupload. I found out that the old version of the mod was severely bugged and caused the game to break after a Sim aged up, so I deleted it in an emergency as it was not safe to use. After spending hours hunting down the problem, I managed to fix it. If you have the old version, please remove it immediately and replace it with the new one. I wouldn't normally take the entire mod down if I discovered a bug, but this one was severe and game-breaking, and I thought I wouldn't be able to fix it at all.

I bring you a new trait for The Sims 4, the Serious trait.

The Serious trait has the following effects…

Being my first custom trait, it’s probably not the best. I hope to make an upgraded version of this trait in the future.

Since this mod only adds new content and doesn't override existing content, it shouldn't conflict with any other mods. However, if you give more than one custom traits to a Sim and the traits have conflicting effects, that effect will only work for one of them.

This mod has been tested with patch released on 1st October 2014.