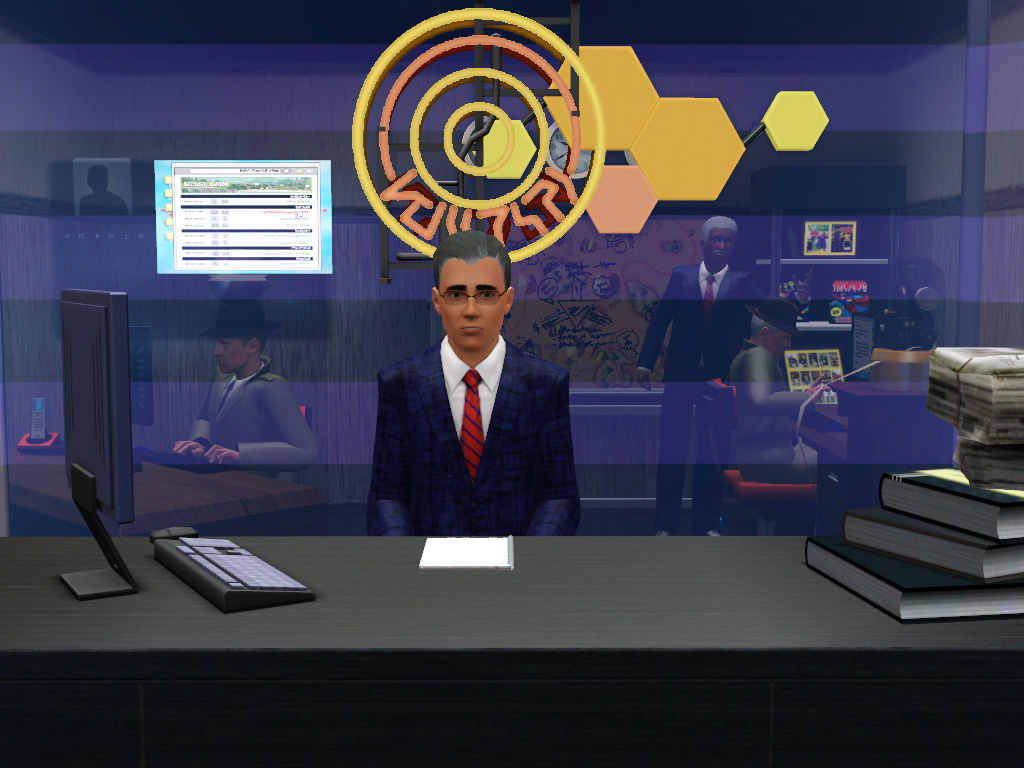 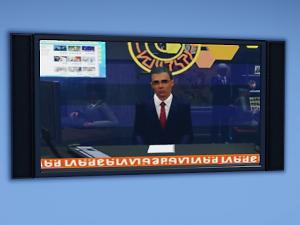 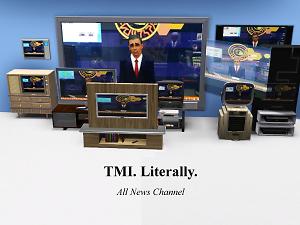 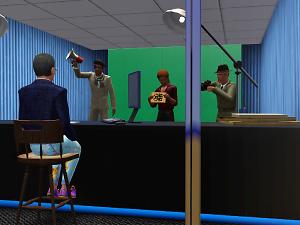 375 Thanks  Thanks     126 Favourited
PlumBobby: Gee, Arsil, what do you want to do tonight?
Arsil: The same thing we do every night, PlumBobby - try to mod TS3!

This mod was realized in collaboration with Postoyalec aka ToDoAbout.

Developed and tested with game version 1.67.

This mod adds a new channel to TVs. It's an "All news" channel featuring a single looping video of an
anchorman with "scrolling news" on the bottom of the screen.

I'm almost ashamed to put my name on this mod, because most of the work was done by ToDoAbout.
Took me more time to think about new lame jokes for the description than for the technical work.

This is not a default replacement of the "TV"'s _XML resource, it's a pure scripting mod that loads
the xml data from a custom resource, so it's compatible with other mods that change/add tv channels.

I saved the game while watching the custom channel, quitted, removed the mod and then restarted
the game: no problems whatsoever. That said, if you uninstall this mod you are very very naughty.

I think it's a duty, but also a pleasure, to offer special thanks to Odistant for his Tutorial
and to all the people who contributed in unraveling the mysteries of video/audio encoding.

Additional Credits:
All respective authors and contributors of the tools and tutorials for modding TS3.
MTS and all modders who made the game much more enjoyable.