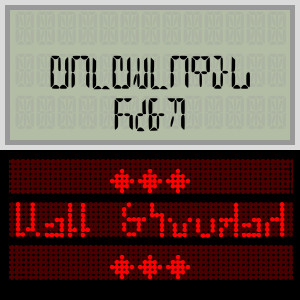 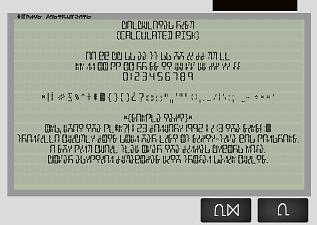 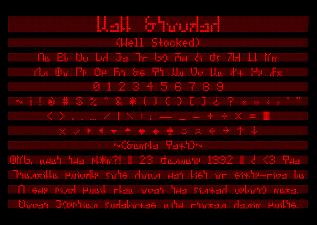 Here are two more fonts to add to your Simlish collection: Calculated Risk and Well Stocked!

Calculated Risk is a font based on the LCD displays of calculators. It is unicase, and has no accents or special characters. It will likely remain that way unless someone really, REALLY needs these additional characters.

Well Stocked is a font based on the dot matrix style fonts of stock/subway/various signage tickers. While it is not unicase, it also lacks accents and special characters. These, though, would be far easier to add if requested. It does, however, have a few extra symbols I don't normally include in my fonts! I see them on ticker signs often enough to include them.

The ~{Sample Text}~ at the bottom of the preview pics reads (though intentionally cut off in Well Stocked):

The Sims game that this is listed under does NOT mean anything.

I've been asked a few times, so I just wanted to clarify. The fonts I've made have been listed under The Sims 2, 3, and 4 because they are not game-dependent. These do NOT automatically change the Simlish in your game. They are simply fonts to use in your image or text editing programs for you to create your own Simlish-y content. Hope that clears things up!

Additional Credits:
SIMale - on whose glyphs I based my own

3. Right-click or double-click the .ttf file, and then click "Install."

3. Right-click or double-click the .ttf file, and then click "Install."