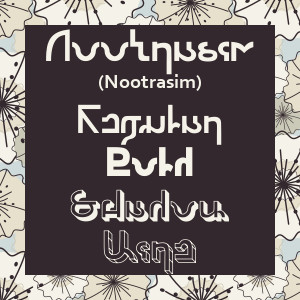 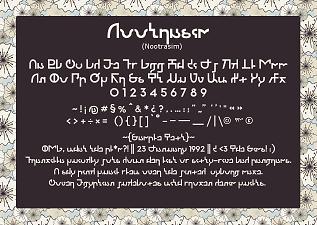 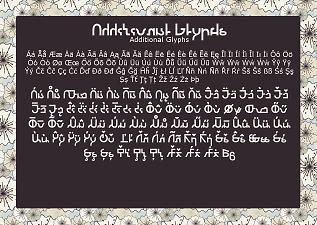 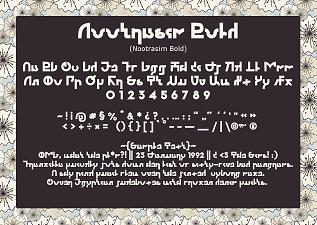 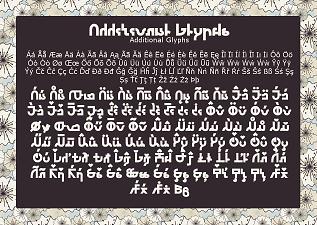 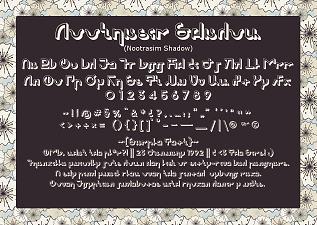 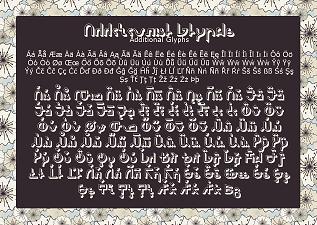 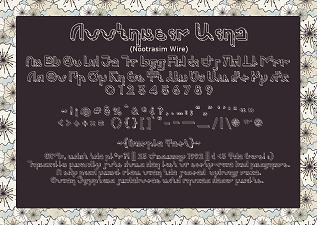 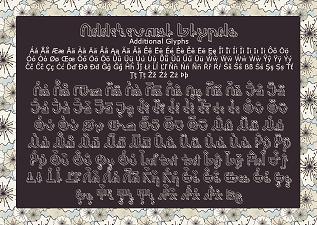 Picked Upload! This is a picked upload! It showcases some of the best talent and creativity available on MTS and in the community.
Quick edit: Added .rar containing all variants!

This one was quite a pain in the buns, but here it is!
Nootrasim gets its name from the font family Neutraface because that was my original inspiration for it, but I seem to have drifted from that. Whoops. I hope you can still see the resemblance though!

It (currently?) comes in four variants: Regular, Bold, Shadow, and Wire. I had quite a bit of fun with FontForge this time!

You may note the extra 'g' and 'm' shown in each preview pic. I couldn't decide on a style, so I've included both.

The Additional Glyphs pictures each show a handful of extra characters, but this time I've also included a character map:

If you don't care for this particular Simlish writing style, the Sims 3 version is available HERE
------
The ~{Sample Text}~ at the bottom reads as follows:

Additional Credits:
SIMale on whose glyphs I based my own.
albenaj and Allemaxx for the Neutral Season pattern