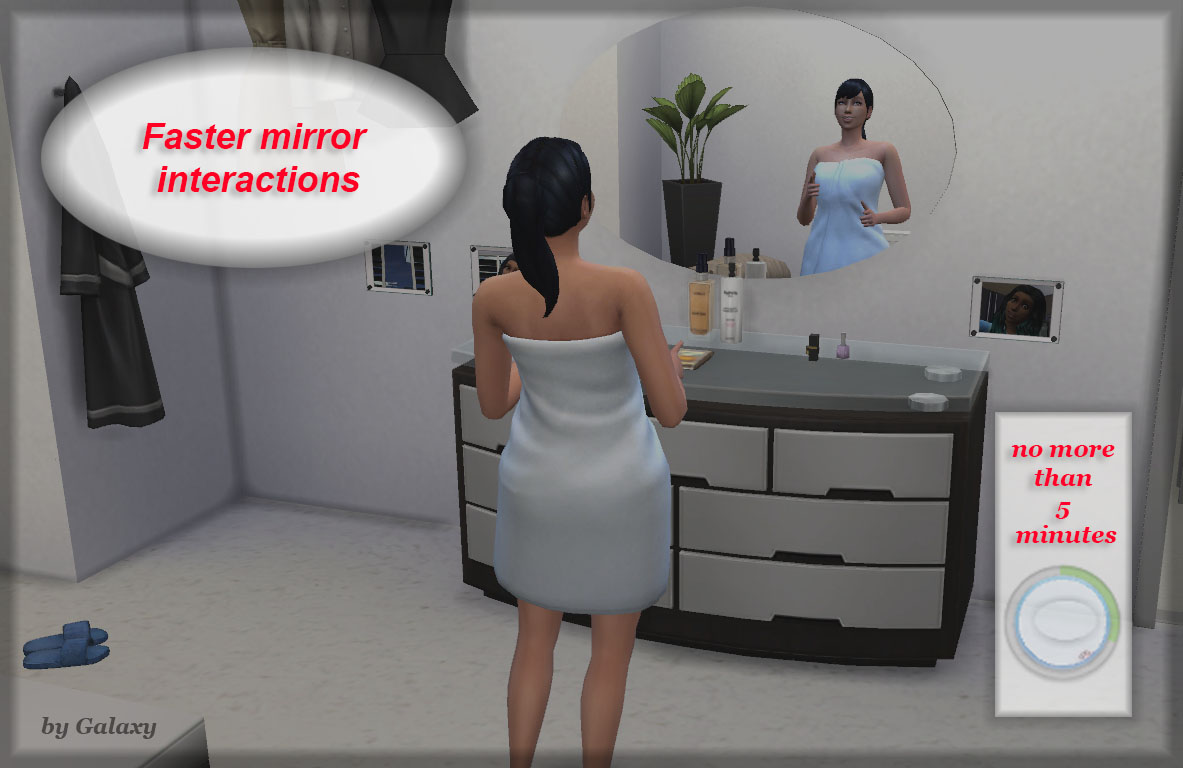 9,691 Downloads 262 Thanks  Thanks 76 Favourited 22,370 Views
Personal Picked Upload! This is a personal favourite of the creator!

Created by Galaxy777
View all Downloads
Uploaded: 25th Aug 2016 at 12:53 AM
Updated: 25th Aug 2016 at 4:08 AM
I love to play with MC Commander mod and its "Relative" game speed type (my game time speed is 100 instead default). So i noticed one annoying thing - when the animation ends the interaction continues and if you'll cancel it right now you'll get no buffs or moods. As result the sim just stands and does nothing until the interaction will end. So i decided to create a mod that makes these interactions more faster.

With this mod you can now:

This mod changes the following XML files and may conflict with other mods that use the same files: