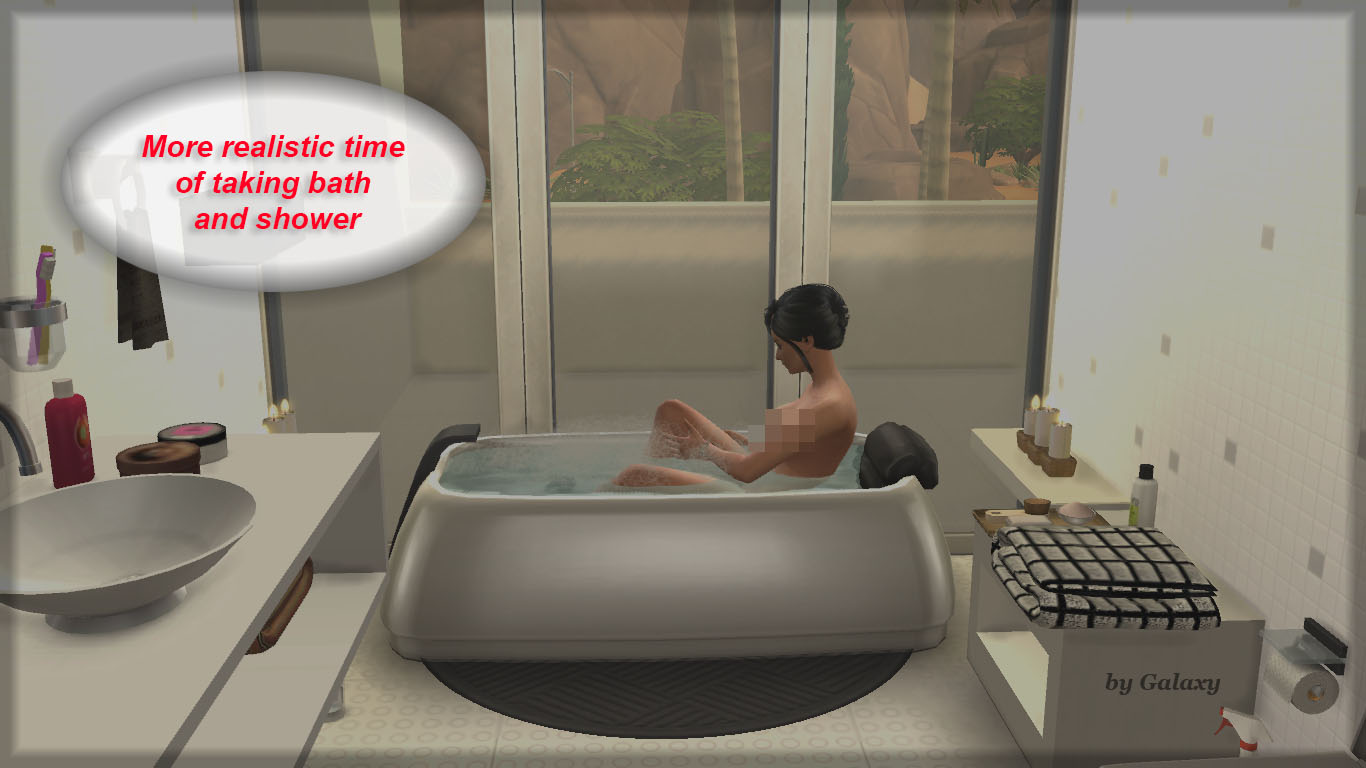 I made a few mods for taking shower and bath. With these mods you can now:

I just want to make it more realistic like it may be in real life.

Other files i didn't change because i think that their values are normal.

This mod changes the following XML files and may conflict with other mods that use the same files:

P.S. If you want more options for the time speed of taking bath/shower please just let me know. I can create more options including only faster showering/bathing.