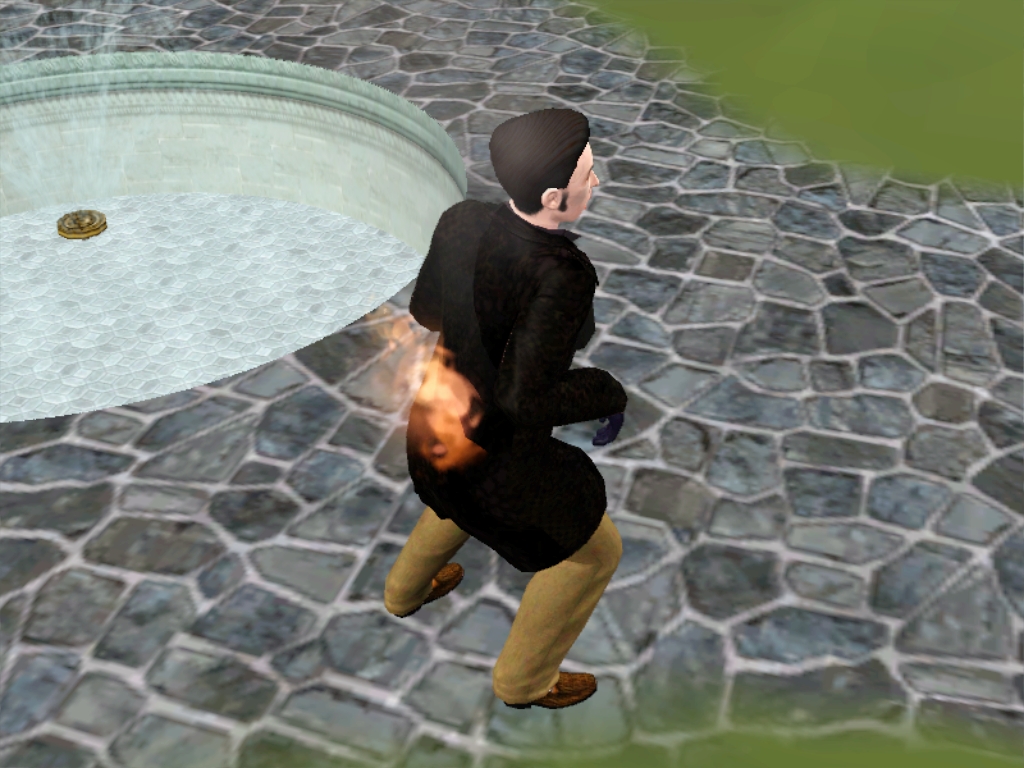 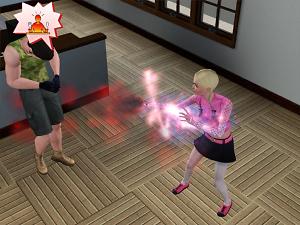 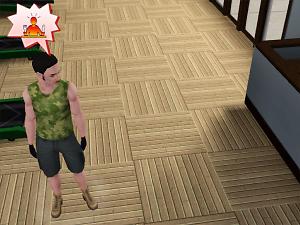 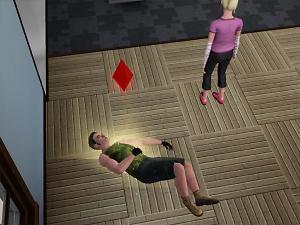 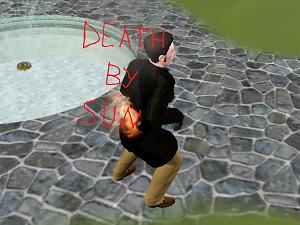 82 Thanks  Thanks     33 Favourited
Alert!
This mod has received an update here http://modthesims.info/download.php?t=597392 if you have supernatural and seasons installed. Use this one instead.

. This is the first mod I created. I've been using this site to download mods for over 3 years now!! 2 weeks ago I finally decided to make a mod of my own and this is the result

I hope you enjoy using this mod.

Originally the vampire sim would get the heatingup moodlet after spending 60 minutes outside. The heating up moodlet would then last for 3 hours.This mod changes that depending on the flavor you download. The game would also kill your vampires when their thirst bar reches 0 this mod prevents the thirstbar from reaching 0.

Good question. This mod makes vampires more real to the lore. The lore I know that is.

1)This mod makes Vampires die from sunlight. The heating up moodlet will now appear instantly(or not depending on your flavor). It now lasts for only 30 sim minutes(or more depends on your flavour).
Once the moodlet times up Sims will get the OnFire moodlet and die when it times out.

2)This mod prevents Vampires from dying due to low thirst. Even if you use testingcheats to bring it down or have your witch cast thirst curse. Tremerion also had a mod which did that but the witch thirst curse and testingcheats could still kill them. Mine prevents that from happening as well.

3)Now I thought if my witch can no longer protect herself/himself from vampires so I had to do something for them. So I made it so that sunlight charm will make them pass out

1)No Thirst:-Only has the no thirst death feature. Sun still acts normally.
2)Default:-Uses the original timer and delay timer for heating up and toomuchsun moodlet. Thirst death immunity is added to this one.
3)Flavor1:-same as default but toomuchsun will last for 30 minutes as opposed to 2 days.
4)Flavor2:-Heating up moodlet appears instantly when you're outside and lasts for 60 minutes. TooMuchSun lasts for 30 minutes like in Flavor 1. Includes no thirst.
5)Flavor3:-same as flavor2 but heatingup moodlet lasts for 30 minutes.
6)Flavor4:-same as flavor3 but heatingup moodlet lasts for 10 minutes. Caution:-Timer this low might make the town vampires drop like flies cause they're stupid and won't stay inside.
7)Only Sunlight Charm:- This only has the sunlight charm fainting feature.
8)Only Sun:- Contains death by sun and sunlight charm fainting.

Important note
One thing I'd like to tell the people is that flavor 1 and flavor 2 are the most recommended. Flavor 2 makes heating up moodlet appear instantly when you're outside which feels more realistic.

This mod is part script part tuning. It tunes the Buffs.xml, BuffTooMuchSun.xml and motives.xml located in gameplaydata.package. Any other mod that does the same will conflict with it.


Additional features I'm considering adding for the future if I can.

(Please note: this mod works fine with Sauzer's Vampire powers and Einrei's Vampire mod as far as I know)

This mod will conflict with other mods that change the Buffs, BuffTooMuchSun and motives xml file.
It will conflict with some of Shoni's Vampire overhaul flavours and the full version but most of it should work fine.
It will probably have a problem with with Vampire Tweaker but not sure haven't tested.

Douglasveiga and Ghost sdoj for helping me out in the help forum.